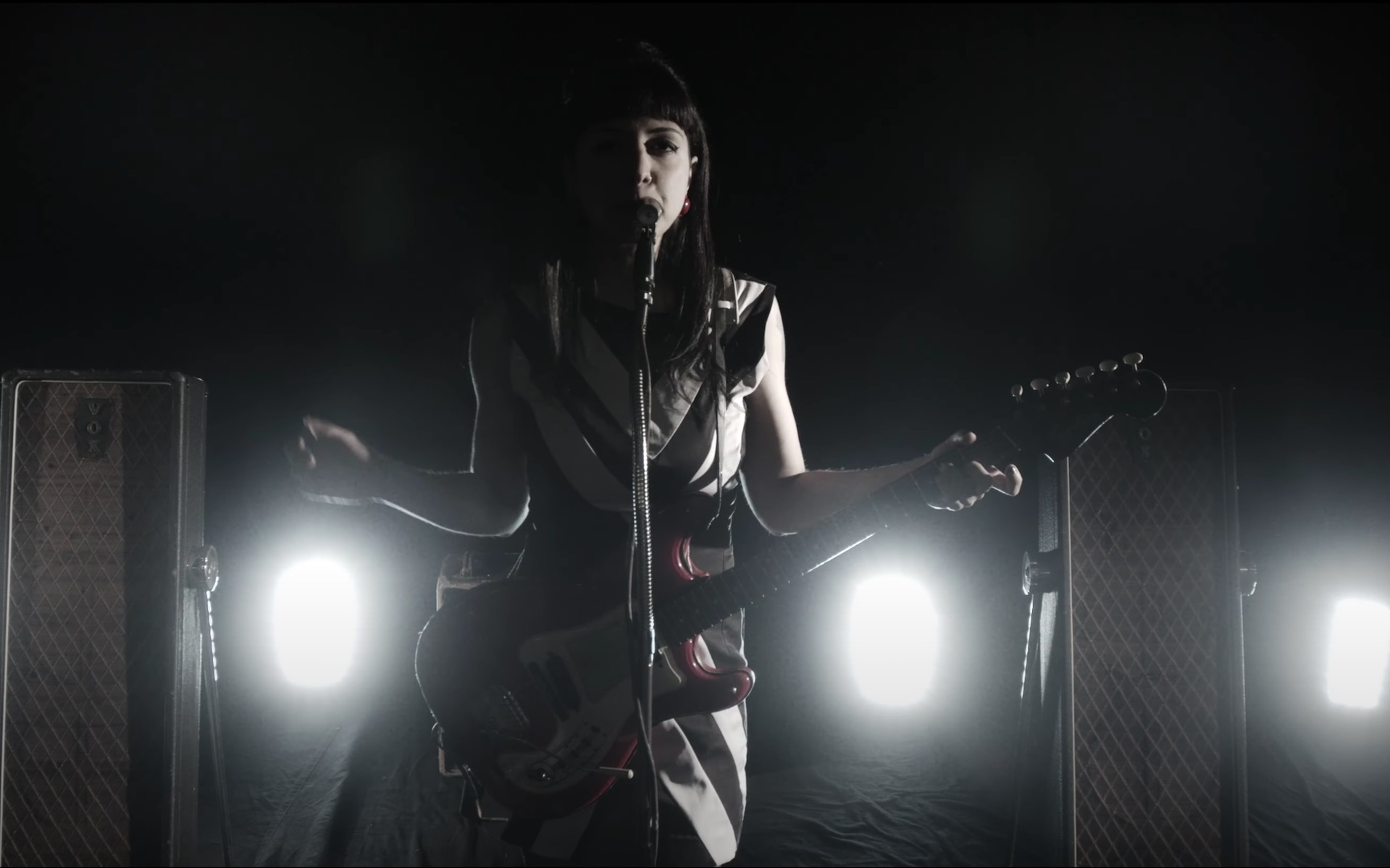 It’s slightly ironic that “Hop The Twig,” the noisy new garage rock rollicker from The Courettes, takes its title from some old slang phrase for dying. Because the latest single and video from the Danish and Brazilian duo sounds as if it should soundtrack all of life’s most buoyant moments — the kind of tune that plays in the background after walking away with victory in pocket.

“Hop The Twig” is a skeletal 3D dance of ’60s surf-rock, a three-minute pill of a track that bears itself to repeated listens without realizing it, and, through British indie label Damaged Goods, should deliver a rising tide that lifts The Courettes’ Flavia Couri (vocals, guitar) and Martin Couri (drums, vocals) up to global audiences.

“We’re all feeling like we’re walking on the thin ice these days, so when I, by chance, found the expression ‘Hop The Twig’ we were amazed not only about how good it sounded, but also about its meaning,” Couri tells Clash, who premiered the video today (April 28). “It is an old slang for dying, so we found it a very appropriate title for a song as too many people had ‘hopped the twig’ this last year.”

Couri adds: “We’re big fans of Duane Eddy and all the early surf music, and this riff kept coming in my head, so I started to play around it on the guitar. And then it hit me: It’s ‘Hop The Twig’! Though ‘Hop The Twig’ is always hiding behind your back, and it’s a pretty dark theme, the song is more of a statement celebrating that we are still here — at least by now. So, cheers to that! And look out!”

Now it makes sense. Fire “Hop The Twig” up below, and tell your friends about your new favorite band, The motherfucking Courettes.