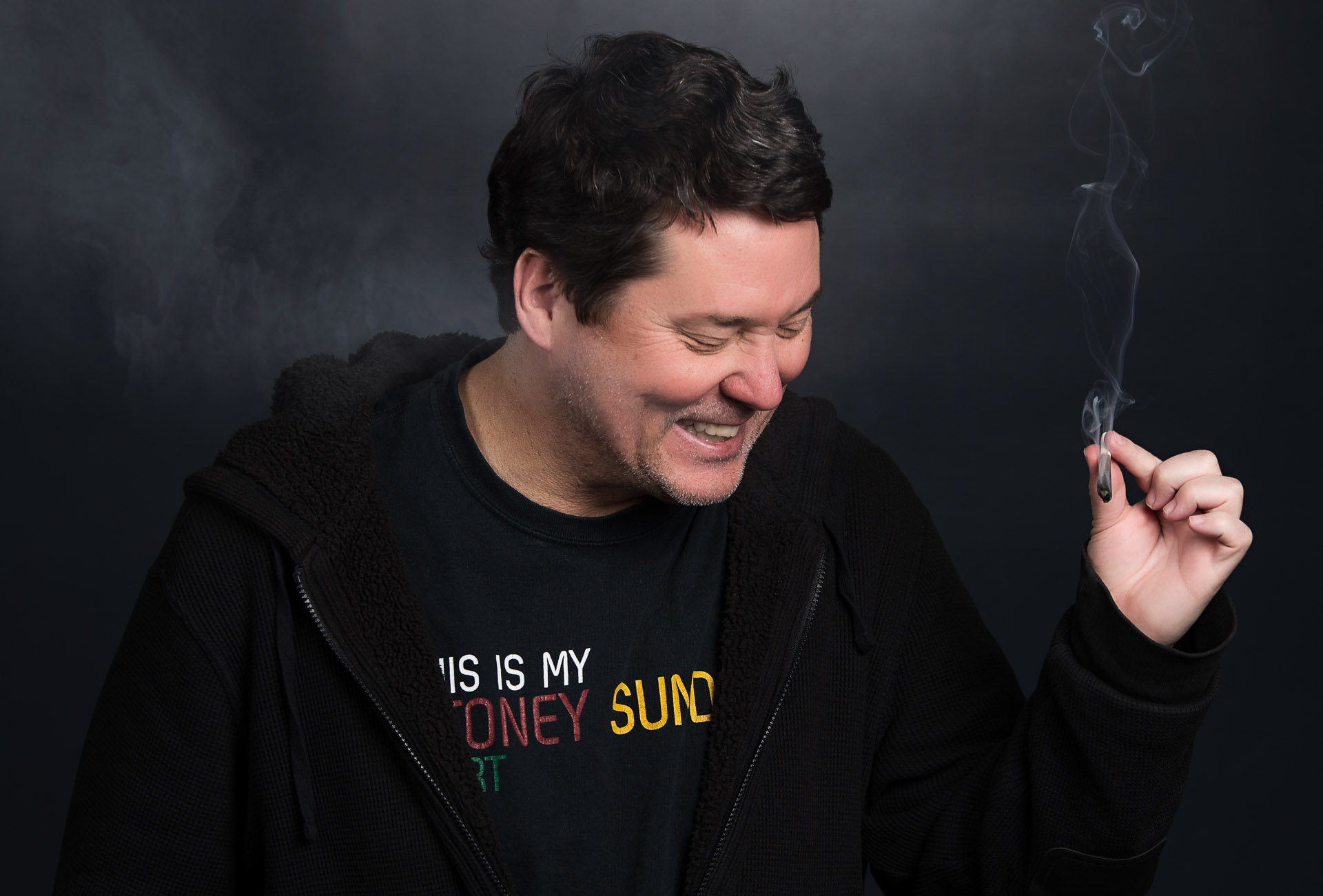 A year without Doug Benson’s annual 4/20 shenanigans is like a year without Santa Claus. Now, like a steam-powered, or rather a smoke-powered locomotive, Benson is hitting the information superhighway (pun intended) to resurrect the tradish in a new, and even more weed-friendly way.

While Doug Benson’s Comedy Sesh, which streams on RushTix tonight (April 20), may not find him in front of a live crowd in a new city like in years past, the modern weed/comedy icon is looking forward to getting back to business. With some toking and joking at the ready to help everyone feel a little better and ring in the special weed holiday from the comfort of his own home, Benson may not be joining us in the parking lot for a post-show blaze, but he’s set on making the most of his time together with fans from afar.

“I want to give people something fun to do, because the last year has been a bummer and because it’s still pretty sketchy to go out to shows and stuff,” Benson tells Vanyaland. “Unlike club shows, I can smoke the entire time and so can all the viewers at home. That’s why we called it a Comedy Sesh!”

Although he’d be much more inclined to describe tonight’s chill nature as “sit-down comedy,” Benson is excited to perform his latest batch of material alongside some of his friends, including Vanessa Gonzalez, Trey Galyon, Billy Wayne Davis and more, as well pull a play from the playbook of his podcast, Doug Loves Movies, and bring some movie trivia into the mix. Afterwards, he plans on sticking around to vibe with fans, answer some questions from the audience, and of course, smoke a bit more. He’s planning on the show going for at least two hours, but even Benson himself isn’t too sure of the time constraints, as he jokes he may just get too high to stop.

No matter how long we have with him tonight, Benson is looking forward to the festivities and getting back into it with his fans. But with the continuing growth of acceptance surrounding the devil’s lettuce, especially over the last few years, tonight’s get-together has that added layer of appreciation for Benson, and he’s ready to mark the occasion. So pull up a chair, bring your laughing caps, and smoke ‘em if you got ‘em.

“It just feels good to do a show celebrating cannabis,” says Benson. “I mean, every show I do celebrates cannabis, but as the years go on and I keep doing annual 4/20 shows, I’ve seen weed become more and more legal, more and more accepted, which is a great thing.”