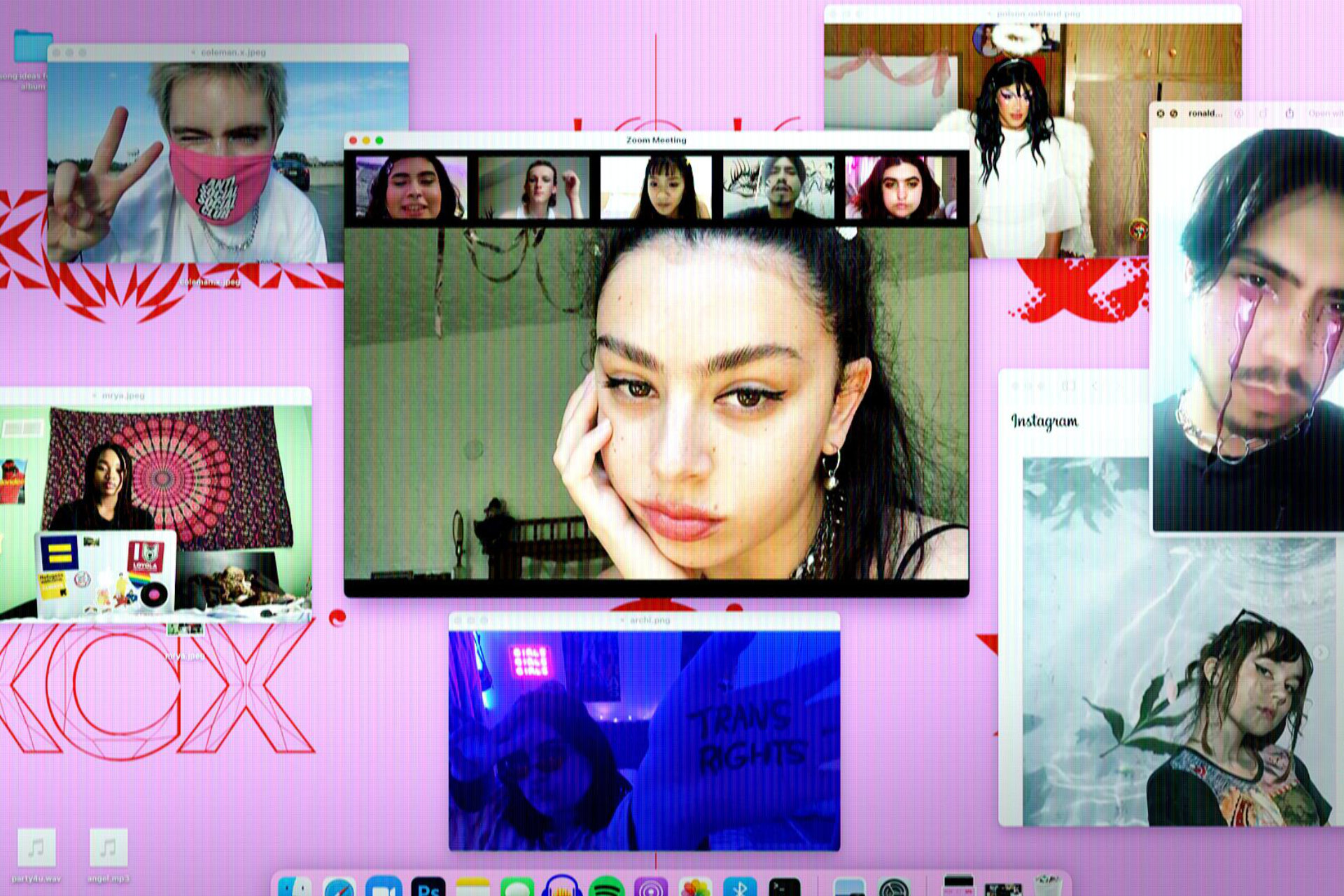 As any comment section shitposter knows, there’s a certain rush to being first on a certain kind of post, one that’s going to get presumably hundreds of thousands of comments: It’s akin to planting your own personal flag atop an internet Everest, a meaningless achievement that ultimately will be lost to time whenever the site’s servers shut down (optimistically), or whenever the next post is put up (realistically). You were there, you were first: This means something, this matters. That comparison is not meant to be an insult towards Bradley&Pablo’s Alone Together, a short-yet-sweet look at the making of Charli XCX’s how i’m feeling now over the course of six weeks in the spring of 2020 and how her online interactions/collaborations with her devoted fans in the early days of the pandemic influenced the album’s development, but, rather, it’s a statement of fact. If you don’t believe that this isn’t the first rolling snowball alerting you to the rush of a massive avalanche of docs about “quarantine” creativity, well, you’re likely to be buried by the time SXSW’s done with next year.

We should, perhaps, consider ourselves lucky that Alone Together, after all, is among the first of these films: It, in a way, benefits heavily from the already-accumulating cultural nostalgia for the early days of the COVID pandemic and the sense of online community that it fostered. Well, that is, for those lucky enough to be able to look back on that period with something other than ceaseless misery and grief, but you know what I mean. This captures the spirit of those early days, back when we believed that we could bake our way out of the Two Weeks To Stop The Spread, that things might be better by Easter, that we wouldn’t witness unimaginable horrors (at least on these shores) for an entire calendar year, and when online connection really felt novel and real and seemed as if it were a decent substitute for the real thing, given that we still might have been able to gather for the holidays. Charli’s own deteriorating mental state is a reflection of this, trapped alone with her boyfriend and managers in a reasonably large house (anyone living in an apartment knows this particular flavor of envy), beginning the period with fun IG collabs with other musicians doing yoga and other shit and slowly dissolving into anxiety and, well, grief.

Perhaps the timing of Alone Together‘s premiere at SXSW, coming only a few days after the one-year anniversary of when shit really hit the fan in the United States, had something to do with making it feel less treacly than when the inevitable Weezer doc hits. It still hits that nerve in the right way, and Charli, to be fair, is an enormously empathetic figure — it’s why how i’m feeling now connects so well with the listener, and why she has such a massive fanbase from all across the globe, and unlike many pop stars, she shares a genuine rapport with them, and actively tries to court their behavior. It’s in this that Alone Together finds its hook, exploring how a disparate group of her fans, all across the world, are dealing with their own isolation in places, mentally and physically, some of them being significantly less cozy than one might hope or wish for. To be fair, the directors do overdo it, attempting to cast anime avatars for each participant and having them interact in a genuinely cringe-worthy way, but the assembled chorus of voices is diverse and interesting, and their power cannot be denied. It’s fun to watch Charli feel her way through the lyrics to a song, picking and choosing bits and pieces out of the IG comment stream and incorporating them into the framework, sensing out directions and possibilities for the number to take with those lucky few.

At 70 minutes, Alone Together will only try your patience or make you uncomfortable if you’re absolutely committed to avoiding every aspect of the pandemic in your cinema diet like you’re the parents of a kindergartner with a peanut allergy, and even then, I believe you still should consider watching it. I understand that impulse, to push forward, to find that “new normal’ without even so much as the slightest reflection about where you were: That’s a trauma response in all of us that is typical and worthy of accommodation, not mockery. But, perhaps, looking back on this, you’ll be able to see something of your own experience reflected through this funhouse mirror. Then again, isn’t that the essential function of pop music? When it’s at its best, stripped away from the technical aspects, it’s about communicating a feeling in all of its messy glory: Hey, I wanna fuck. Hey, I wanna dance. Hey, my heart is broken. Alone Together is a strong document of that creative impulse and the relationships that it forges, even if its effects may be eroded by the passage of time. But, importantly, it was first, and that does, after all, count for something.