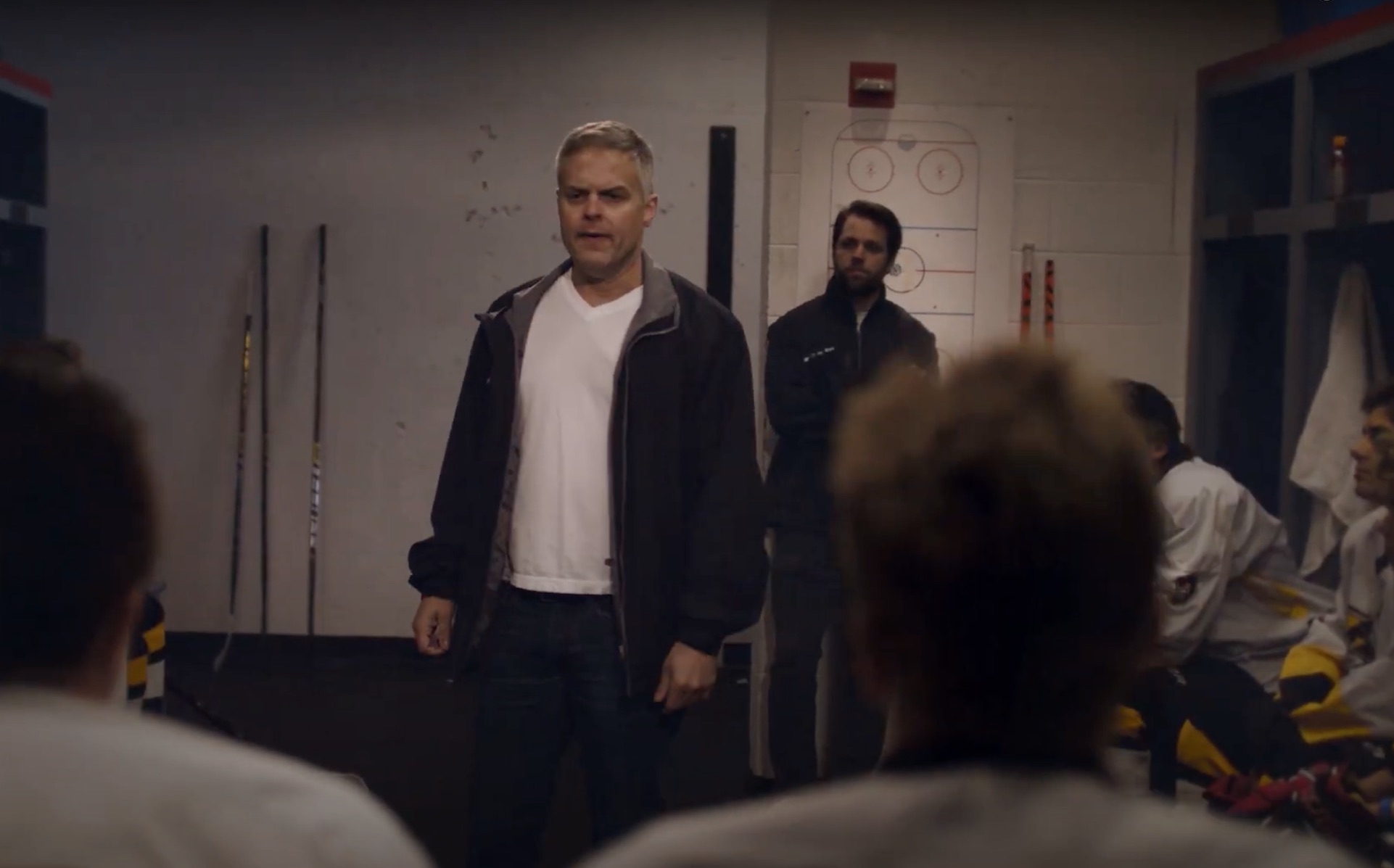 On today’s global holiday known as International Women’s Day, Bauer has a message for hockey players around the world: Go out there and play like a girl. And sending that message in the New Hampshire company’s incredible new ad is a hockey coach played by Gene Dante.

The Boston musician and actor appears Bauer’s “Be Proud to PLAY LIKE A GIRL” video ad, which was unveiled earlier today (March 8). The spot flips the script on hockey stereotypes, with Coach Dante barging into the locker room between periods, declaring “I don’t believe what I’m seeing out there! You guys are playing like a bunch of women!”

But it doesn’t take long to realize he’s giving them high praise, comparing the boys’ play on the ice to women’s hockey superstars and Olympians — Canada’s Marie-Philip Poulin, USA’s Hilary Knight, and Finland’s Jenni Hiirikoski. Play like a girl? “It was amazing,” says coach.

Dante tells Vanyaland he scored the role through Boston Casting, and filmed the ad about a year ago in at The Icenter in Salem, New Hampshire. The hockey team in the locker room are all local players, as well, and came in to shoot fresh off the ice. Dante credits Bauer’s Global Creative Director, Josh Caplan, for the vision behind and authenticity around the shoot.

“BAUER is pretty cool, and their commitment to women’s hockey is awesome,” Dante says when reached by phone Monday afternoon. “When I went in to audition I thought the script was awesome, too. People our age, growing up you would hear that kind of stuff all the time — ‘you play like a girl’ ‘you hit like a girl’ — but the coach, he flipped it. We’re hopefully seeing a glimpse into the future here, and maybe it’s for the older people, too. I hope that, as a put down, saying things like that are being phased out.”

Dante said it was easy to get into character, with his father a former varsity hockey player for Chelsea High School and growing up in and around Massachusetts hockey culture. Dante knew he had to take on a bit of an alpha male role to really drive home the point — and pull off flipping the script in a realistic manner.

“I tried to use my instincts,” he adds. “I got the joke right away, as I’m sure a lot of people my age will. I hope I embodied a guy that parents and kids can relate to.”

Check out the ad below, and don’t worry, Dante isn’t steering too far from his rock and roll musical output. He’s got a new album on the way later this year, with three music videos ready for release; we’ll get a taste of all that sometime this spring.