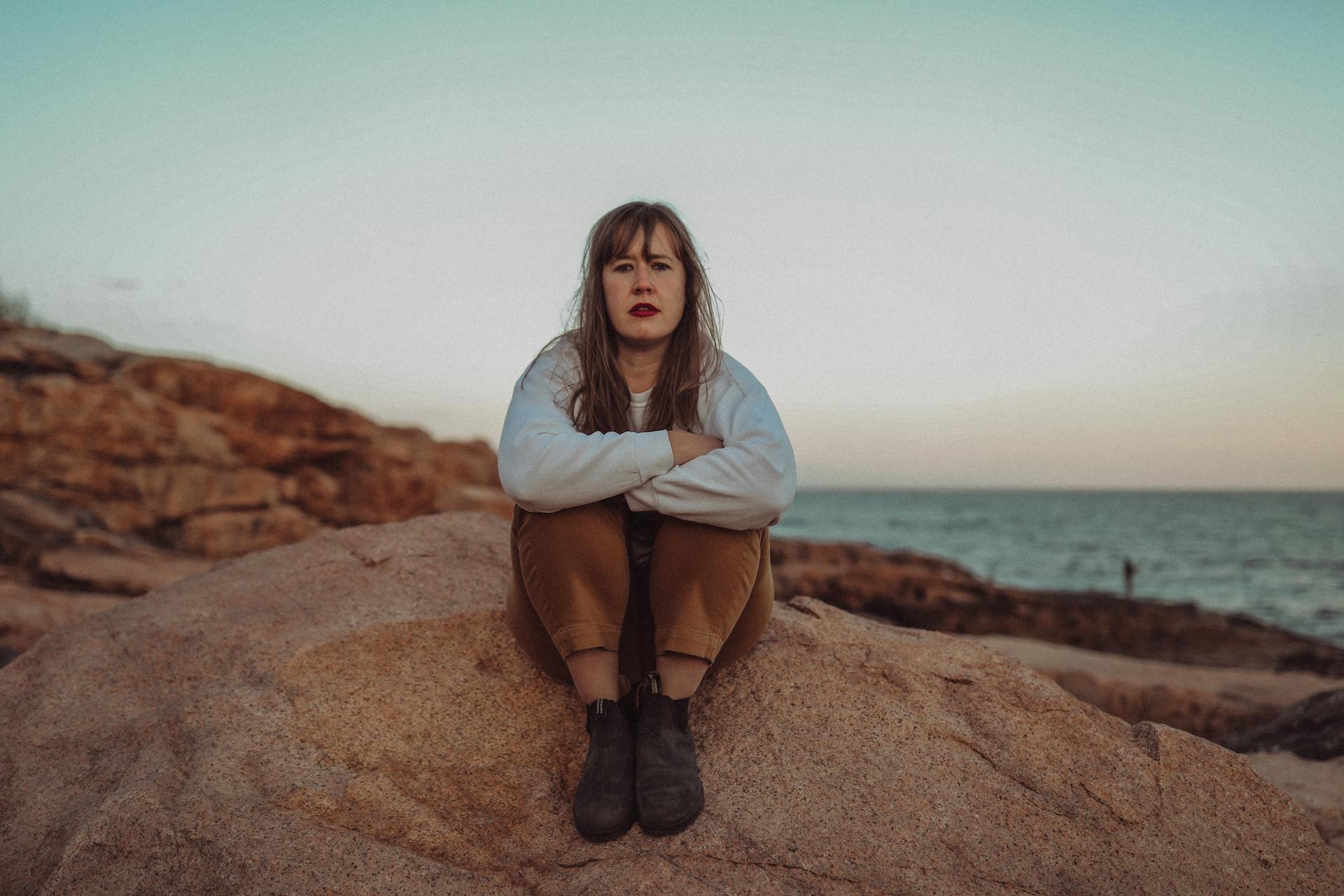 When an artist can’t decide how much their creative output matters, somewhere along the line, a little nuisance called ego falls away. Without that nagging weight, the music starts flowing freely.

That’s exactly how Kaiti Jones finds herself today (March 5), as she shares her wistful sophomore album Tossed and celebrates the release with a livestreamed performance at Club Passim later this evening.

After surveying an industry ravaged by the COVID-19 pandemic, the Boston folk singer and multi-instumentalist waded through some sort of limbo as she buttoned up the album in the early days of quarantine. Perhaps as as result, Tossed captures a hundred opposing sentiments with a diary-like approach to lyricism.

“I’m formed / But I’m nascent” she sings in “Weak Days,” just before pondering “Am I a mystic / Or am I a missing person?” on “Mystic.” it’s hard to un-hear the pattern of mental toss-ups once you spot it.

“In many ways, I think this year has elicited very conflicting, polarized feelings about a lot of different parts of life, but certainly about being an artist — this simultaneous feeling of ‘does anything I do matter?’ against ‘I think this matters more than ever,’” Jones tells Vanyaland. “As an artist, I definitely vacillated between those two feelings quite a bit while trying to finish the album during the early months of the pandemic. Especially not knowing what the finish line would look like in terms of releasing the album — a year ago of course none of us knew how long the pandemic would last, so there were just so many unknowns in terms of the usual landscape for releasing music. So it was definitely challenging at times to motivate myself to finish strong, but thankfully I was really fortunate to have finished most of the studio production before everything shut down.”

Prior to finishing the record from her Cambridge apartment, Jones was in the studio with Future Teens’ Daniel Radin, who produced the entire album. After meeting through a mutual friend — another New England musician, Hayley Sabella — they reconvened in late 2019 to start stitching Tossed together.

Jones says that working with Radin put her at ease, knowing that he wouldn’t box her into any one style or genre. That level of comfort reveals itself in the slow burn of all nine tracks; Tossed can’t seem to seem to decide whether it’s in the vein of gentle singer-songwriter or plucky acoustic rock. Either way, the album shares a soulful gateway to folk music for unsuspecting but staunch pop-rock lovers.

“Sometimes it can be hard for me to relinquish control of a song, but Daniel was really good at getting me to be more open-handed and expand my mindset about certain arrangements or grooves, all while never being pushy with any of his production ideas,” Jones explains. “And often the ideas that I stubbornly rejected at first listen became my favorite in the end. He was also so great to work with as we finished things during the pandemic. He lent me all the studio equipment I needed to finish tracking, and we spent many hours on Zoom comping vocal takes together (I am very particular; he is very patient).”

Now, almost a full year after finishing the album, some clarity on quarantine-creating has emerged for Jones. Yet even though she’s come to a conclusion and escaped that awkward limbo, those egoless melodies still cascade from Tossed.

“I’m more steadily in the camp of believing that what artists are creating today, no matter if two people or two million people get to experience it, matters so much,” she says. “There has been so much stunning, true, necessary art created over the last year, and I hope this album can add a tiny sliver of beauty to the mix.”

Get lost in Tossed below, and watch Jones’ show tonight at Club Passim on Facebook here.