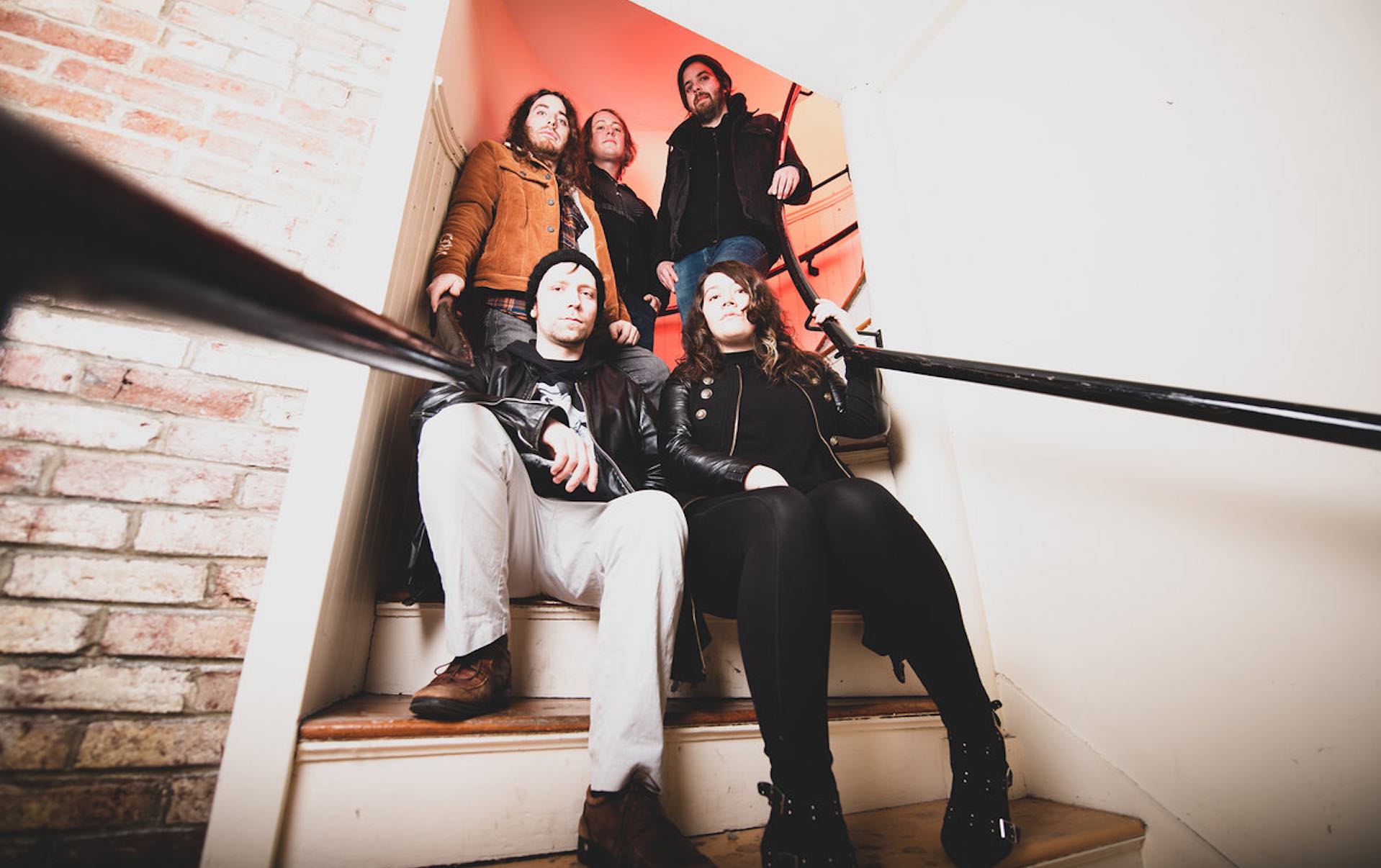 We’re not sure when, exactly, it happened, but it seems like over the past few weeks society just suddenly realized that everyone — family, friends, neighbors, co-workers, the random person at the store — are all just emotionally exhausted from the past year. Maybe it was winter leveling the playing field and serving up a dose of depression, maybe it was fatigue kicking in after a year of swimming against the tide. Whatever it was, it felt like we all experienced February and all its misery together, which can be kinda uplifting if you think about it from that perspective.

All this comes to mind while listening to “Sentient Meat,” the recent single from SATURNIIDS that sets a thematic and sonic tone for the Boston band’s debut album Duplicate Tapes. The LP is officially out Saturday (March 6) via a livestreamed release party hosted by the ONCE Virtual Venue.

And when we say it sets a thematic tone, it’s certainly reflecting one we’re all feeling lately: “I woke up at 3 am., existential crisis again,” Adam P. Cissell sings, before adding: “Why did I say those things? / Was is it the booze or the drugs or was it just me? / We climb these hills again and again in our thoughts / There is no point in it / Worrying about what is wrong with us, we’re just sentient meat walking around.”

Despite its head full of worry, the track rolls out smooth, leaning into both its ’90s alt-rock and ’70s prog influences to suggest some intriguing things are in store on Duplicate Tapes. The album was recorded Somerville’s Dead Moon Audio, engineered by Cissell and bandmate Marc Valois, and mastered by Bob Weston at Chicago Mastering Service.

Hit play on “Sentient Meat” below (it is Bandcamp Friday after all), tune in to the Duplicate Tapes release show Saturday night, and take that mental pressure off your shoulders.