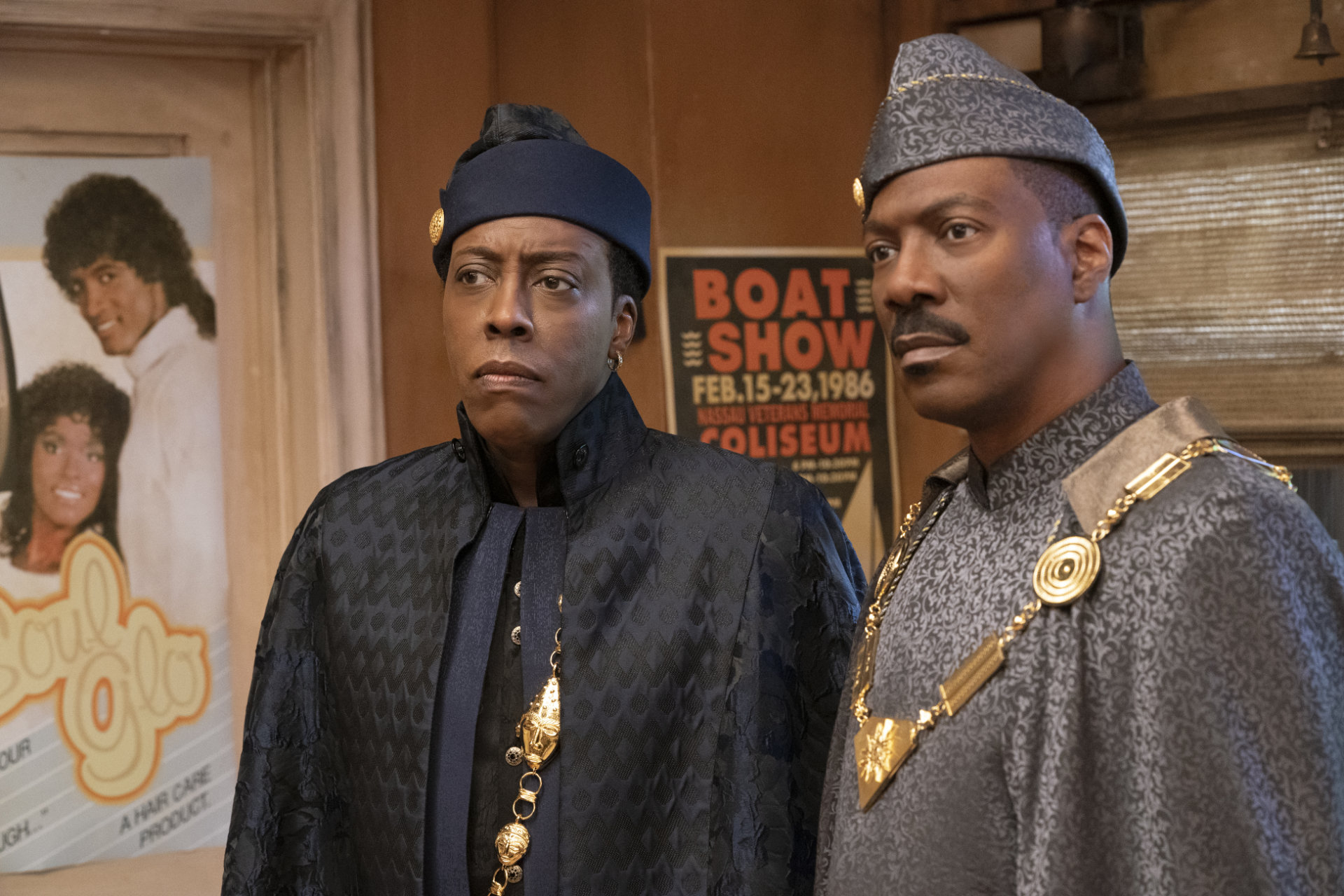 I’ve long-stated my distaste for legacyquels — where Hollywood, having run out of cogent original ideas or adaptations of popular novels, decides to make a follow-up to a beloved film that both continues the story of the prior film(s) and offers a path forward for more follow-ups should it prove to be profitable — but I like a number of them in practice. The best kind of legacyquel feels, in some ways, like a family reunion: It features an extended cast of relations that you haven’t seen for quite some time, gathered to celebrate each other and the milestones you’ve made along the way. Sure, you’ll be disappointed to see that your uncle has moved on from that beloved aunt of yours after they failed to work out their differences, or that one of your cousins might be absent due to a stint in rehab, or that your grandfather, the beloved family patriarch, has taken on a certain kind of sadness that you didn’t expect, where the glint in his eye has dimmed somewhat and the roar of his laugh has softened with time. But, ultimately, you’re reminded of why you loved those folks so much in the first place, marvel at just how, despite all of the bad times, your family has endured over all of these years, and why you value your memories of those good times like they were precious gems, locked away in the safety deposit box of your mind. While those moments won’t ever be equaled, if you’re lucky enough, you will create new ones to add in time.

It should be obvious to anyone who kept up with the news about Craig Brewer’s Coming 2 America that it wasn’t going to equal or replace the John Landis classic that essentially marked the end of the Pax Murphyia, that period in the ’80s where it seemed that Eddie Murphy was legitimately untouchable as both a box-office king and a creator of deep belly-laughs ever since he rose like a titan unchained from the pits of SNL. Indeed, the film spends much of its time paying tribute to that moment like it were Petrarch penning paeans to perennial portions of antiquity, and you’ll likely have an easier time putting together a list of the callbacks that are missing rather than the ones that are present: Brewer, along with a number of co-writers including Black-ish creator Kenya Barris, know the first film line-and-verse, and don’t want to overstep their margins too much: They know the people want to see the barbershop gang insult one another again, listen to some grooves from Sexual Chocolate, and here a makeup-caked Arsenio Hall deliver sermons from a cheap pulpit as he demands extra cash for his congregants wasting his time. The new additions are almost solely acknowledgments to modernity, with its rideshare and gentrification jokes, modern empowerment narratives, and the heavy influences from Ryan Coogler’s Black Panther in the portrayal of the Kingdom of Zamunda, the fabled land that Prince — soon to be King — Akeem (Murphy) hails from.

It’s been roughly 30 years since he left that land for the fabled pastures of… Queens… and a whole lot hasn’t changed. Sure, Akeem now has three daughters with his wife, Lisa (Shari Headley), Zamunda now has its own McDowell’s franchise location (John Amos, reprising his role as Lisa’s father and the secret and unstoppable weapon of both of these films), and their relationship with Nextdoria, the impoverished land they call neighbors, still remains strained, with General Izzi (a joyous Wesley Snipes) demanding that Akeem’s smart and capable eldest daughter Meeka (Kiki Layne) marry his dumb kid. But he’s still not king — his father, Jaffe (James Earl Jones), still hasn’t passed away, and much like Prince Charles, his life has mainly been spent in the shadow of a long-reigning monarch. But with Jaffe’s health declining, he stresses to his son the importance of having a male heir, to which a mystic reveals to him the horrible truth: He has a bastard son living in Queens, thanks to a one-night stand that his bud and advisor Semmi (Arsenio Hall) accidentally engineered in his own quest for a good time. So, for the health of his nation and to secure his bloodline’s reign over their fertile lands, Akeem returns to America and finds his son, a ne’er-do-well named Lavelle (Jermaine Fowler), living at home with his uncle Reem (Tracy Morgan) and mom Mary (Leslie Jones).

What follows is a fairly standard retread and reversal of the first film’s plot: Lavelle heads to Zamunda in order to be received as the Crown Prince, where he’s soon to be married off in order to establish firmer diplomatic ties with Nextdoria, after he passes tests of courage, cunning, and intelligence. But, of course, he falls in love with the royal court’s hairdresser, Mirembe (Nomzamo Mbatha), and his newfound romance threatens to upset everything his father has planned for him. This re-framing of the dynamic, with Murphy as the imperious and bossy ruler plotting the courses of his more-rakish son’s life, doesn’t necessarily gel as much as it should: To acknowledge that time has passed and Akeem has matured is well and good, but it removes aspects of his character that made him so fun and compelling in the first place, and, while Fowler’s a gifted comic (he’s got some genuinely hilarious moments scattered in throughout, such as a scene where he’s “circumcised” by the court mystic), he’s just not Eddie. What made Murphy and Brewer’s first collaboration, Dolemite is My Name, so fantastic and electric was that it enabled all of the actor’s long-buried energy and charisma to emerge from inactivity seemingly unchanged by the passage of time. Here, he’s essentially a slightly funnier James Earl Jones, and I can totally understand being disappointed by that, especially with Dolemite‘s influence informing most of the proceedings.

Happily, he and Hall are still able to have a ball whenever they’re able to put on the prosthetics, and most, if not all, of their returning-and-new characters are either as delightful as they were or a decent edition. One can also gripe about the many missed opportunities for relevant humor, given that, in some ways, the humor from the first film feels more acerbic than it once might have, and also cringe at a few of the gags that really don’t land as well as they might have on the page. It is also somewhat frustrating to see Brewer return to the cameo-laden well of modern comedy in certain situations — there are moments where, in the span of several seconds, you’ll have three appearances from musicians and famous actors that are almost totally distracting from the proceedings at hand — but I honestly think that can be excused somewhat, given the total enthusiasm that everyone on screen seems to be sharing in.

It feels like Coming 2 America was a happening for those lucky enough to be a part of it, and that genuine joy radiates off the screen and continues to endure as the credits roll, even if it isn’t what one might have hoped for when it was announced. But if we have to eternally gaze at our navels, looking for new interpretations of past things in order to give redundant meaning to our lives, Brewer’s film, at the absolute very least, we can still have a good time in doing so.