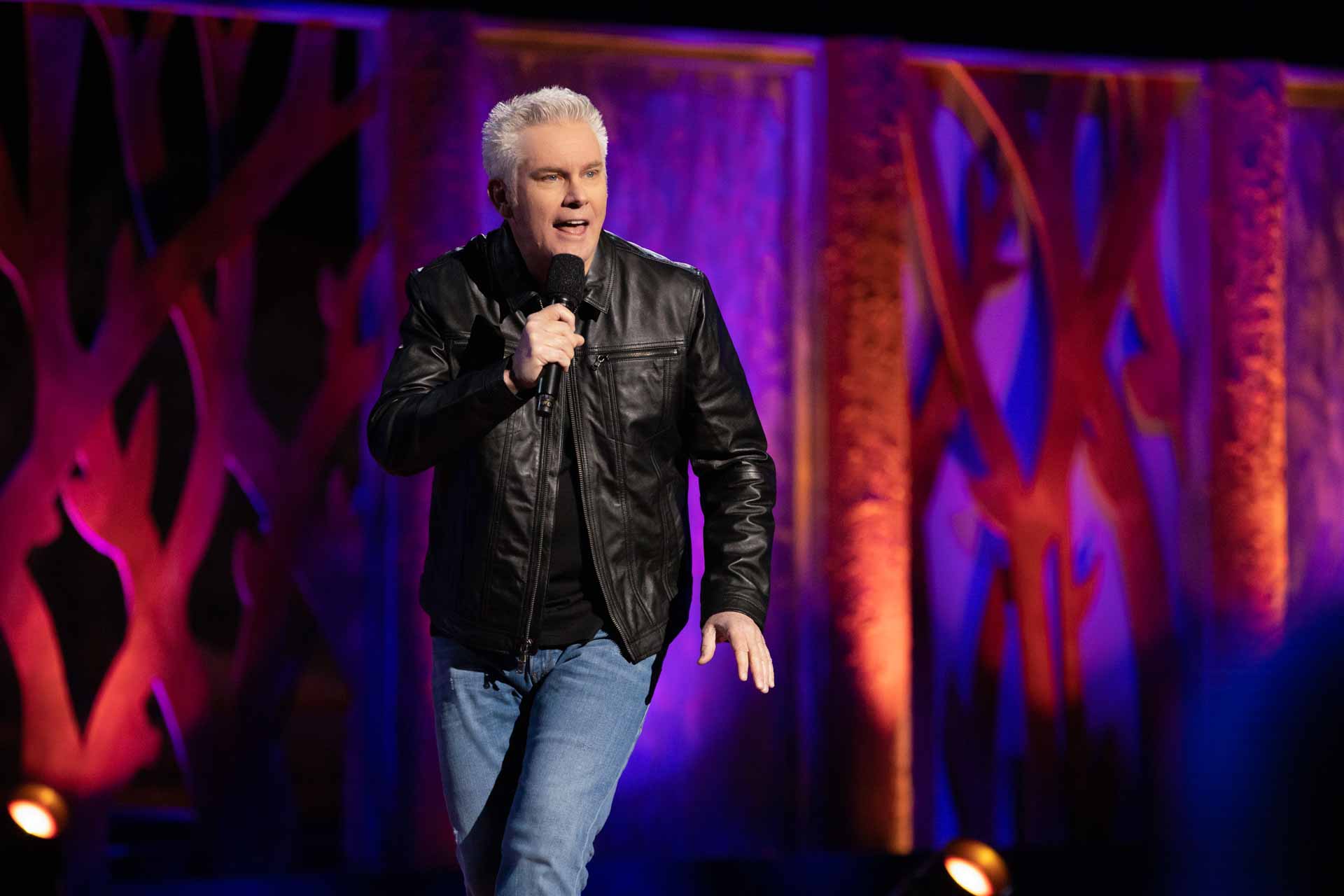 Brian Regan has spent a large portion of his 30-plus years in comedy volunteering himself for the chopping block of self-deprecation. But as he’s gotten older, he’s seeing the world a bit differently, and now he wants to dig deeper to talk more about that instead.

With his sixth special, On The Rocks dropping on Netflix today (February 23), the stand-up vet doesn’t completely stray from his usual path, but he is venturing a bit beyond pointing out his own foibles. Instead, he wades through his thoughts on the oddities of everyone around him while showing a rare vulnerability in which he also discusses realizations about his own mental health, with tales of coming to grips with OCD and social anxiety — in ways that only Brian Regan can.

And while it is new territory for his heavily observational material, Regan is feeling good about the growth that both he and his comedy have experienced since his last special.

“I always feel that comedy is best when it’s real and honest, and in the moment,” Regan tells Vanyaland. “A human being goes through life, and you change in some ways, and you grow in some ways, and you learn about yourself and others in some ways. I want my comedy to reflect where I’m at in my life, chronologically, and how I feel about my place in the world, and I think when people sense honesty, they’re more inclined to laugh, whereas if you’re doing some kind of smokescreen type of show, it can be funny too, but it isn’t as revealing.”

With age comes growth, and Regan is feeling good about being comfortable enough on stage to peel back another layer to his already widely loved material. But his newfound comfort isn’t only found in his subject matter.

For instance, the grey hair Regan now sports is almost startling to see upon his entrance at the top of the new hour. While he is quick to acknowledge that the change in color wasn’t a consciously placed visual to represent a certain level of comfort in his own skin, Regan is also not blind to the fact that it may come across that way to some people, and that it adds to the “fresh” vibe of the special.

“I don’t know if I did it consciously, but I am at a place in my life where I am who I am, and I want to talk about myself, and my place in this world,” says Regan. “As far as the gray hair, that was just the pandemic. I’ve colored my hair for years, but during the pandemic I wasn’t going to color my hair, because what’s the point? Then when I went back out, I just decided I was going to ride this gray hair thing and see what happens.”

With as long as he’s been on the comedy grind, Regan knows that the stand-up game has its fair share of peaks and valleys, and after a handful of specials and albums that have garnered fans all over the world as time has gone on, Regan is just grateful that his candles haven’t been blown out yet, in terms of doing what he loves and still being able to make people laugh.

“A lot of performers kind of have a peak moment in their career, similar to athletes. I try not to worry about it too much, but I was hoping that I didn’t have a special where people will watch it and go ‘he’s still funny, but I prefer his stuff from years ago,’ because I want people to like my stuff that I’m coming out with now,” he adds. “So it makes me feel good that I can still feel current and part of the world, and can still make people laugh hard.”