Marquis Lavoie takes us through seasons of life with ‘Perennial’ 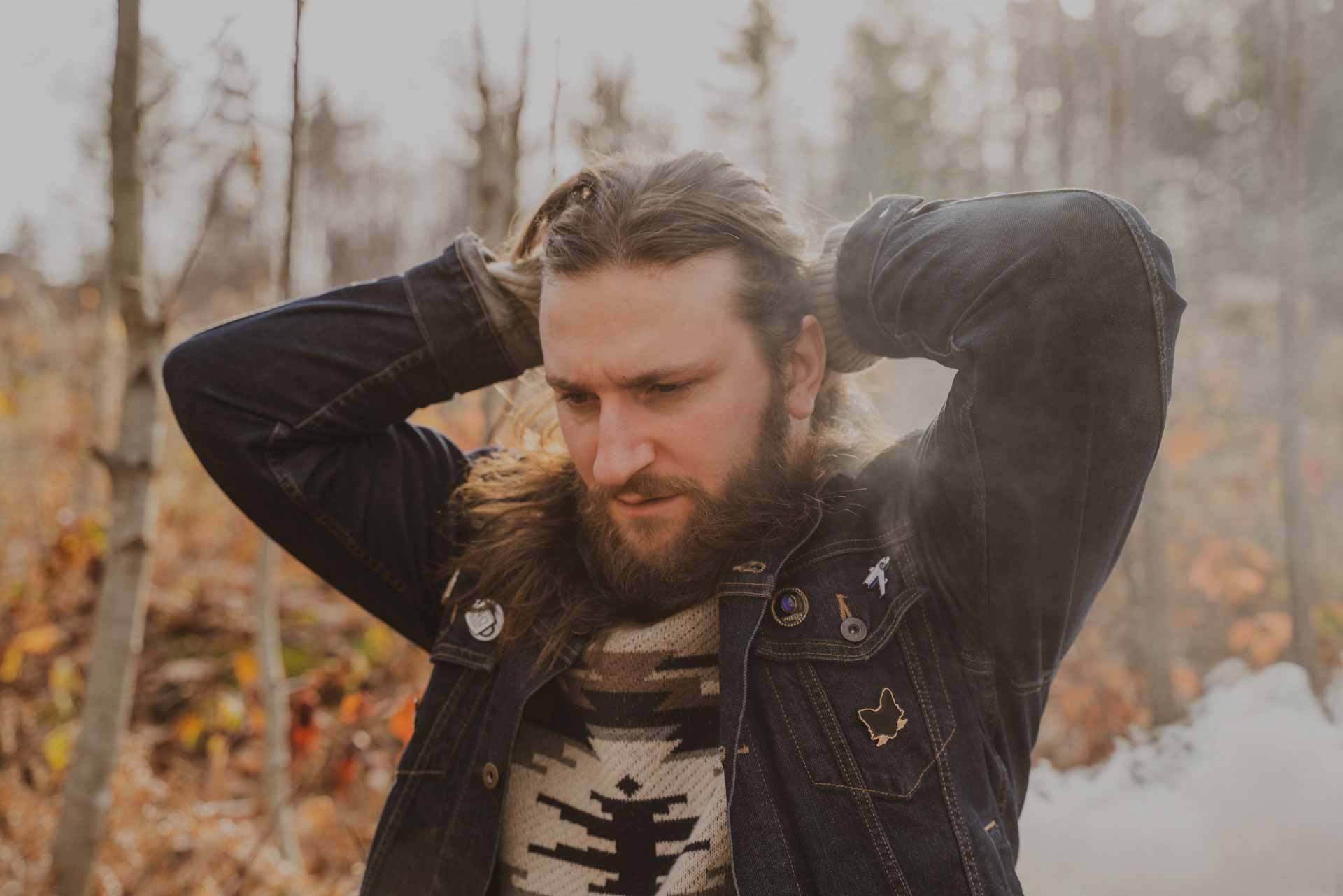 On the cusp of unleashing his latest solo endeavor, Greg Marquis is excited for what the future holds. But looking back on it, the future was rather uncertain when it came to the very first track on the album.

Serving as the very first taste of his forthcoming solo project, Something Like This, But Not This, which drops on April 2 under the name Marquis Lavoie, ‘Perennial’ paints a portrait of what Marquis was feeling in that moment in time, as the Allston-based artist began writing the song in the weeks leading up to the loss of his grandfather in Fall 2017. Much like a flower in the garden, the track has taken some time to fully bloom, after Marquis set it down and didn’t touch it for months following his grandfather’s passing, but the process of how it began was as pure and organic as Marquis can remember a songwriting session being.

“‘Perennial’ is a very special song that was completely unplanned, much like the other things that were happening in my life at the time,” Marquis tells Vanyaland. “The beginning guitar part was the first bit of notes that came to me the morning that I got the call that my grandfather was going into hospice care, and wasn’t going to make it. It’s weird looking back, because it was the most pure form of direct feeling-to-notes that I’ve ever experienced.”

After writing that guitar part on that rainy autumn morning, Marquis sent the instrumentals over to a friend, Loren Lee Dorland, who, within a matter of hours, helped capture the somber moment in time with her own lyrics and melody.

With heavy mention of the seasons and the bright colors of a garden, not only does Marquis set out to paint a picture of mourning with the track, but the lyrics also pay tribute to his late grandparents and the impact they had on his life. The way Marquis puts it, it was more than fitting that the track is such a visual song, since both his grandmother, who passed away in early 2017, and his grandfather were people who “celebrated beauty” with their own love of art in the form of music, quilting, carpentry, and gardening.

“I really enjoyed getting into the visuals of it, and it was very helpful with Loren kicking off the first part [of the song],” says Marquis. “It’s really cool, because that whole verse was me being like ‘it’s just a gray, rainy autumn morning and my grandpa is dying, and my grandma just died, and I don’t know what I’m doing in my life,’ and [Loren] just took what I was experiencing and threw in a little bit of what she was experiencing at that time too, because it was that sad time of year in New England where you reminisce about all the other times you were sad. But it gave me a great start, and I’m glad I wrote the lyrics over time, because had I written them all then, they probably would’ve been just way too sad, and I would’ve been hopeless. But it became something much more beautiful and accepting.”

While he’s not keen on siloing the new chapter of his career off from his ongoing work with his band, Actor|Observer, Marquis is happy to offer something that presents his deeply personal songwriting in a vastly different way. And much like a lot of the albums he’s listened to for the first time over the years, he hopes that this track can be consoling, and will offer listeners something of a “warm blanket” in a time of struggle in their own lives by gently acknowledging their own pain, and the acceptance of it, much like it did for Marquis himself.

“It connects me with something that is pure and true that I don’t have to second guess,” says Marquis. “As it represents the music going forward, it just reminded me to trust myself and trust the process, and not think about what it could be, where it could go, who it’s for, or if people are going to like it. None of that mattered because it just felt true, and it felt good. It was healing, and I think it really opened the doors for the thought of being able to make music the way I want, and even though it came from a sad place, it was also the turning point of knowing that I can write music from a positive place.”

Pre-orders for the upcoming album are live, and can be found here.