‘I Care a Lot’ Review: A despicable pickle 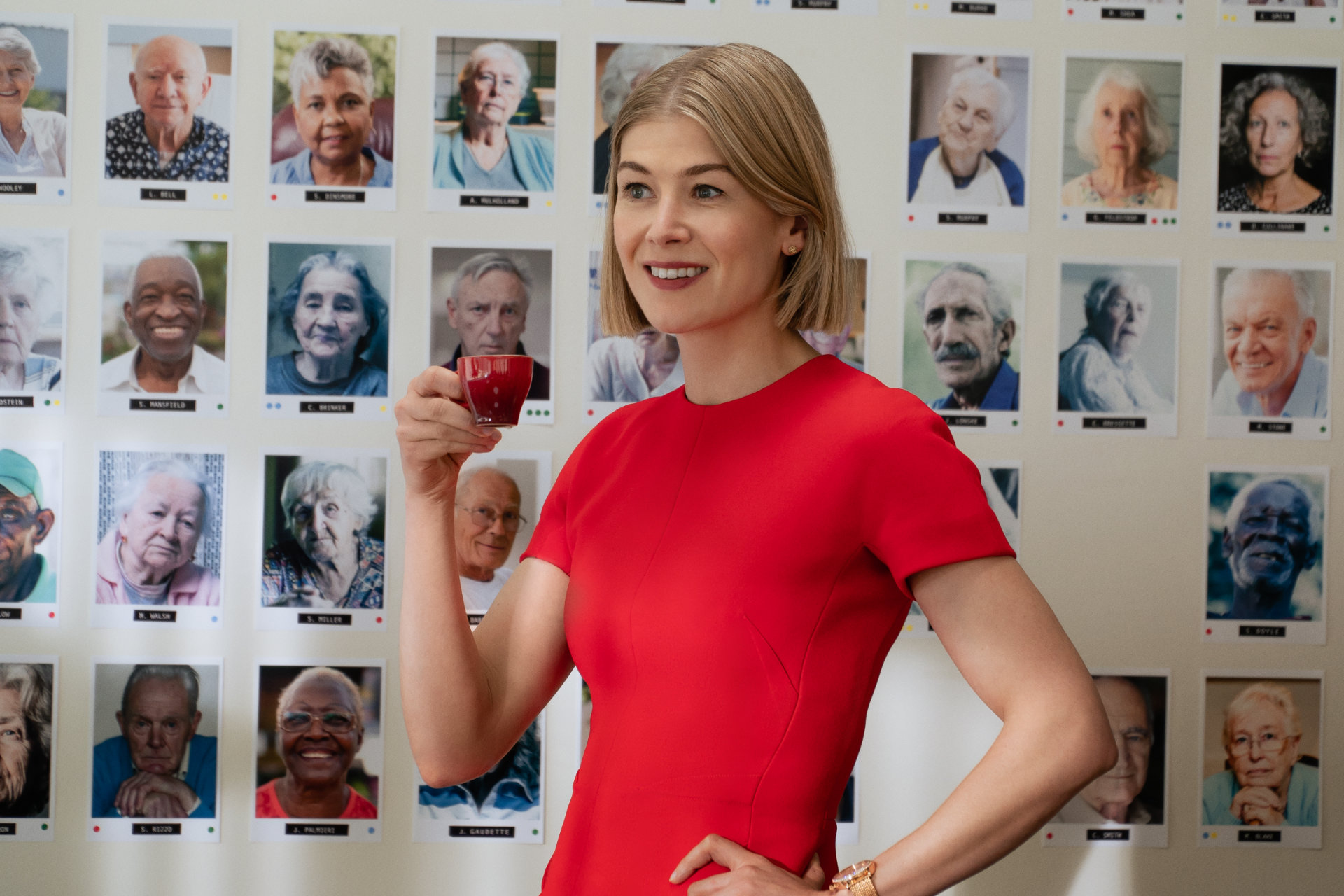 If this century has proven anything so far, it’s that the maxim of always having a likable, sympathetic protagonist at the heart of your work — at least in a visual medium like film, which is deprived of the psychic immediacy of the novel — or you’ll lose an audience is utter horseshit. Aristotle and the Poetics be damned, people are absolutely a-ok with immorality as long as said protagonist remains engaging. This doesn’t mean they need sympathetic or worthy of our pity or that we should be required to root for them: what they need is the barest sense of psychological depth (unless the lack of it is the point, and then that’s a whole other can of worms) so that we can find some understanding to grasp on to. J Blakeson’s I Care a Lot is an interesting case study in this: It centers around a thoroughly evil central character, a hyper-capitalist grifter played by Rosamund Pike, and pits her bilking ways against that of the more traditional tactics of the Russian Mob. It fails at that key central point — Blakeson’s film is likely to enrage those not steeped in ultra-dark neo-noir, thanks to the gormlessness of Pike’s character — but interestingly so.

Perhaps it’s the nature of her grift that makes one hate Marla (Pike) so much: She’s a legal guardian for those unable to take care of themselves, specifically the elderly, who is given access to almost every facet of a person’s life in the process of becoming their executor. She is meant to use their accumulated funds and authority over them to help them live comfortably — providing them with stable housing, food, healthcare, and ensuring that they aren’t being mistreated. This, in theory, would be a noble function of the heavily-regulated state, but we aren’t quite so lucky in our slowly-collapsing world, as this process been outsourced to corrupt private firms who chase old money like they once did ambulances, dollar signs in their eyes and drool dripping from their chins. It’s a deeply, deeply evil enterprise, one where crooked doctors collaborate with the unscrupulous owners of private nursing homes through legal guardians like Marla, who cons naive but well-intentioned judges into granting her this access. From then on, it’s a fire-sale of goods and the pilfering of the protected’s savings, with the bare minimum going to the actual purpose of care and the rest lining the pockets of folks like Marla, and her assistant/girlfriend Fran (Eiza Gonzalez).

The whole enterprise hits an iceberg when Marla and Fran successfully trap an unusually deep-pocketed elder (Dianne Wiest) in their scheme, and, in the process of fully seizing control of her life, encounter some rare opposition. Sure, they’re used to getting cussed and spit at by the family members who they’ve frozen out of their loved one’s lives in order to ensure that their meddling remains undisturbed, but they’re not typically used to slick, well-dressed lawyers (the one here is played by Chris Messina, whose utter sleaziness makes for incredibly entertaining viewing) showing up and offering them suitcases full of cash in order to rescind their custody rights. They’re especially unaccustomed to that lawyer being attached to the Russian Mob, whose leader, Roman Lunyov (Peter Dinklage, sporting a vintage Panic! At the Disco hairdo), has an unusual interest in seeing that this otherwise unassuming woman remains on the street. This leads, of course, to conflict: Marla and Fran represent a new type of neoliberal organized crime, an extended scheme, executed dispassionately, made possible by the evaporation of the space between the public and private spheres, and Roman represents traditional and rigid organized crime, with its familial attachments and sentimentality remaining a chief point of emphasis underlying their pursuit of wealth.

Blakeson’s direction is solid on a scene-to-scene basis and the places he chooses to explore in this film — vacuous nursing homes, old-moneyed houses stocked with accouterments, a quarry lit in harsh blues and reds — are interesting, given how little cinema wishes to deal with the old and the non-coastal cities of the U.S., but the experience of I Care a Lot is ultimately a wash, due to his plotting and how those choices impact this character, though Pike’s icy charisma is enough to entertain through the dull moments. But there remains an emptiness behind her character that can’t be merely explained away for thematic reasons (sure, she’s a modern capitalist, looking to bleed the world dry through ambition and a moral compromise made before the film even begins). We’re not given many chances to see what compromising her soul has wrought Marla, as if the Faustian bargain she’s made — feed me old people, and I shall make you rich sayeth Moloch, almighty Dollar, long may he reign — has no impact on her circumstances. How does this latest client, who is presumably much more loaded than all of her others combined, affect her bottom line?

We see the occasional glimpse, mainly inferred it from her dress and home, but there’s no bacchanalian excess like in, say, The Wolf of Wall Street, a film similarly built around the constant — and near psychopathic — accumulation of capital. Each concerns a charismatic stuffed-shirt, who has figured out how to game the system using connections and other people’s money and will face some manner of consequence for their actions. There are two key differences: First, it’s notable that the woman sees her comeuppance in the form of violence and will be more hated by the audience in I Care a Lot, despite her actions being on par with Jordan Belfort’s; and that there’s no thrill in it. There’s no adrenaline surge when things go right, no stake to lose when things go haywire, no way to observe the chaos beyond a crashed car, and the possibility that she might have to sell some valuable goods in order to escape. You don’t have to like or care about a protagonist — easy morality can absolutely fucking suck a work dry — but you, at the very least, have to be compelled by some aspect of their story, and the lack of a hook keeps I Care a Lot floundering for two hours, barely above water, unable to catch a viewer’s attention along the way.