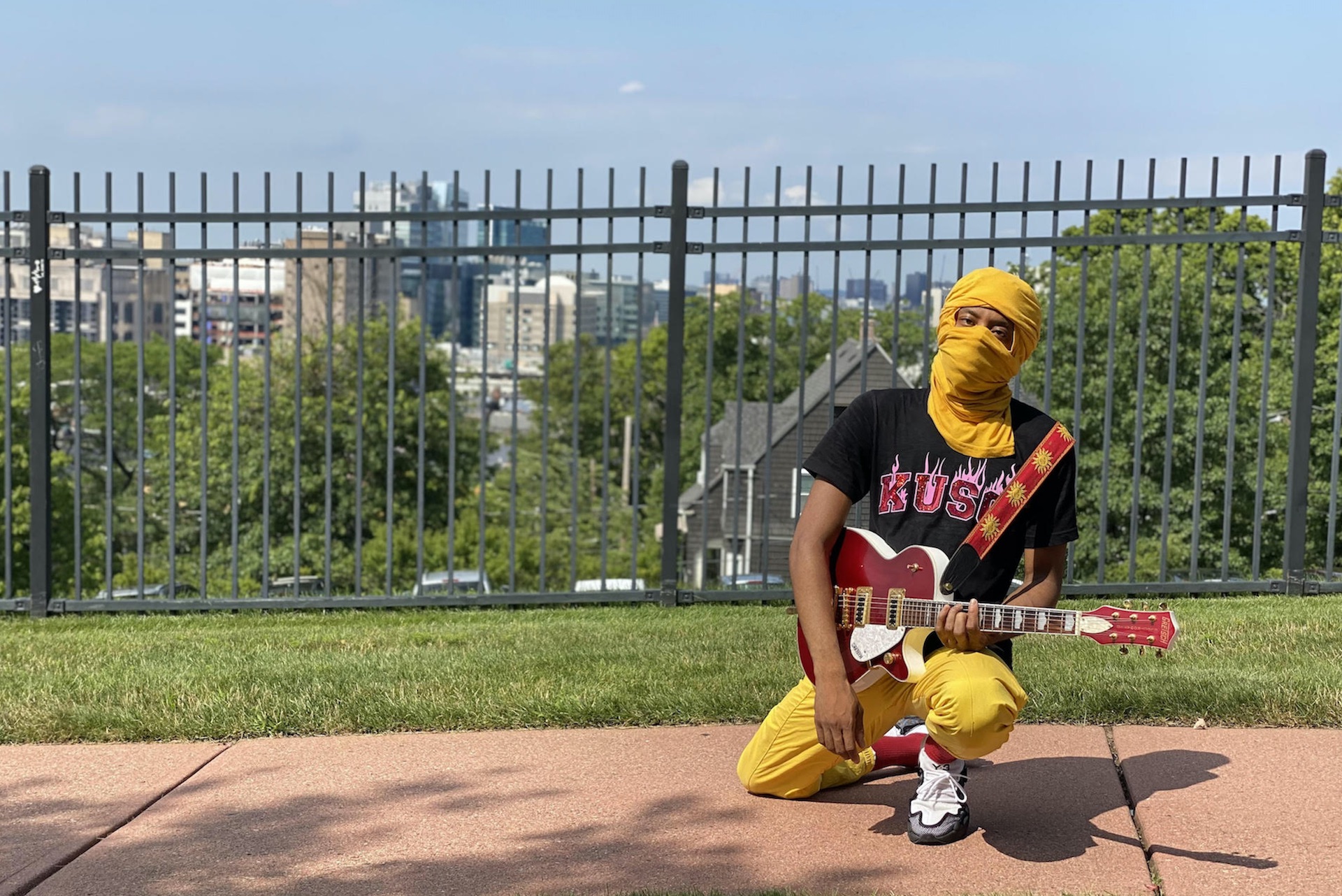 Haasan Barclay’s new track “Call My Phone” carries out a specific, ethereal kind of flow. Its beats are malleable, playing like a steady stream of silver. It evokes the feeling of… an old Capri Sun advertisement?

“Sometimes I put on supercuts of old TV commercials from different eras while I listen to music,” Barclay tells Vanyaland. “I remember that Capri Sun commercial was playing, where the kids turned into liquid metal, when I came up with the guitar line.”

The forever-multitasking Boston musician released the new song today (February 11), unpacking the sound of romance in a quarantined digital age. Simply spoken and sweet, the song’s satiny R&B instrumentation tells an adoration-from-afar situation, not unlike the suddenly relevant Soulja Boy song “Kiss Me Thru The Phone.” (The major difference, of course, being that Barclay’s tune drips with sincerity and true urgency).

The final form of “Call My Phone” is likely surprising to folks only familiar with Barclay’s brasher industrial bars in Camp Blood, his hip-hop project with Shaka Dendy. But Barclay says his influences have always been as varied as the tempos and styles within own work. In this instance, “Call My Phone” just happened to fuse his songwriting, beatmaking, and producing abilities into one plush, modern love song.

“Recently my solo work has been influenced by everything from Stevie Wonder to Casiopeia, Pixies and Lush,” he adds. “The aesthetics of each project are so distinct and far apart to me; working with Shaka adds a whole other dynamic into the mechanics of the work that keeps everything fun and fresh.”

Dip into that stream of silver below.