Sundance 2021 Review: Head to the colorful ‘The Blazing World’ 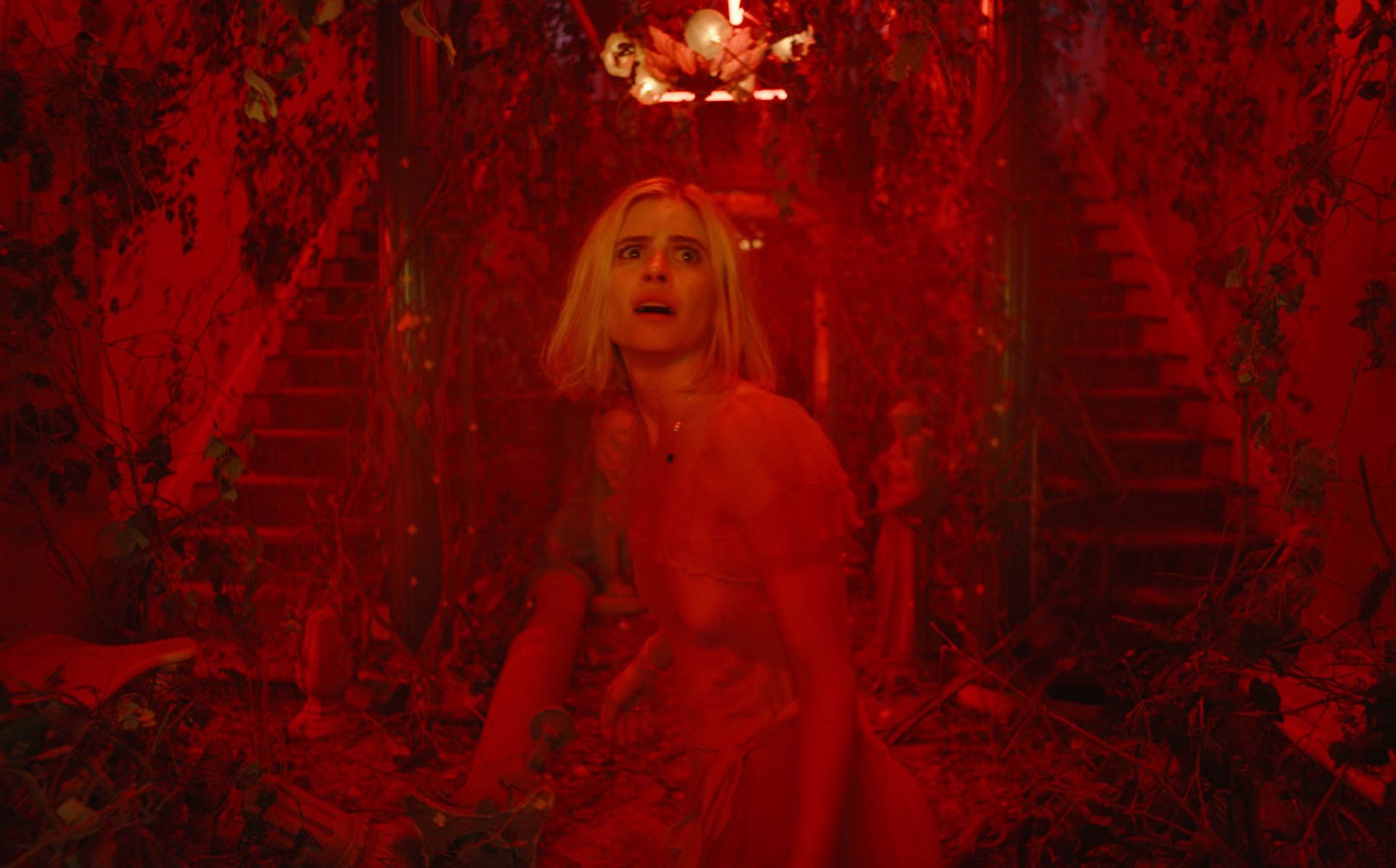 As alluded to in previous reviews from Sundance, the big question at this year’s festival was “how do you tell cinematic stories during a pandemic,” given that filmmaking, at a certain scale, requires lots of people to be in both close contact with one another. You can make a sterile “comedy” with your best buds in LA while UCB’s closed, taking advantage of empty streets and lots of free time to try and scratch that creative itch, though you’ll probably fail, even while you have “the safest” possible option. You can enter into a “bubble” and make your movie in a remote part of England surrounded by trees and nature, and this will, most likely, be a success, though the pandemic will likely still, in part, remain a focus of the film. Or, you can just ignore it entirely in the context of your film, and hide the fact that you shot the film in isolation in a relatively large metro area in the credits. This, as demonstrated in Carlson Young’s dark twisted fantasy The Blazing World, might be the best way for your pandemic-made film to succeed, given that Young’s film feels like it was made in 2019 before the world went to hell.

Sharing its name with one of the first works of science-fiction (which, in turn, was a work of semi-autobiographical utopian fiction written by Margaret Cavendish in 1666), The Blazing World documents a soul-searching quest that a young woman named, you guessed it, Margaret (Carlson Young) embarks on in order to understand herself and find some solace from a specific childhood trauma. It’s the kind of heavily-metaphorical work of fantasy that someone like Del Toro would craft, though its style is closer to the latter-day Giallo homages from filmmakers like Yann Gonzalez and Cattet & Forzani. Think Phenomena and Suspiria if they were closer to a more traditional fairy tale, and the Argento comparison is made only stronger by the presence of Udo Kier as a mystical demon who acts as a puckish gatekeeper to the world of Margaret’s mind. And what a world it is: a phantasmagoric representation of her childhood home, rendered in starkly beautiful and deep primary colors — the foyer a deep red, a hallway an absinthe green — inhabited by twisted representations of her alcoholic father (Dermot Mulroney) and depressed mother (Vinessa Shaw). It’s arrestingly captured by one of Linklater’s go-to-DOPs, Shane F. Kelly, one of the many Austinites who worked on this project, and his labors here are well-complimented by a gorgeous score written by Isom Innis, whose ethereal synth melodies soundtrack most frames.

To be perfectly frank, that’s a good enough goal to shoot for, when fantasies of this type often fail at even coming close to. Too often we buy into the false dichotomy of “style vs. substance,” where we misattribute the presence of the former for a lack in the latter, and I’d argue that Young’s work here layers much of its imagery so thick to suggest any number of possibilities, perhaps to let the specific give way to the universal. We learn little about Margaret aside from how she reacts to any number of circumstances presented to her, beyond the intro scene where it becomes clear who and what she’s looking for in the dreamscape — her sister, who drowned as a child — and I found a relative amount of poetry to that approach, and I wouldn’t necessarily want to limit it as much as others have suggested, given that I think the viewer’s response to Young’s imagery, and the vagaries of that response, is essential tot he film working as well as it does. It is, more or less, seeking out a certain mood, and its evocation can be just as appropriate as its minutia-heavy grounded depiction. This is a long and complicated way to say “your mileage may vary,” as I’m sure a whole legion of viewers, enticed by the comparisons to Argento and Del Toro, will seek this out and be disappointed at its gentleness, but the colorful and surprisingly elegant nature of The Blazing World provoked me in a way that other films of this ilk haven’t.