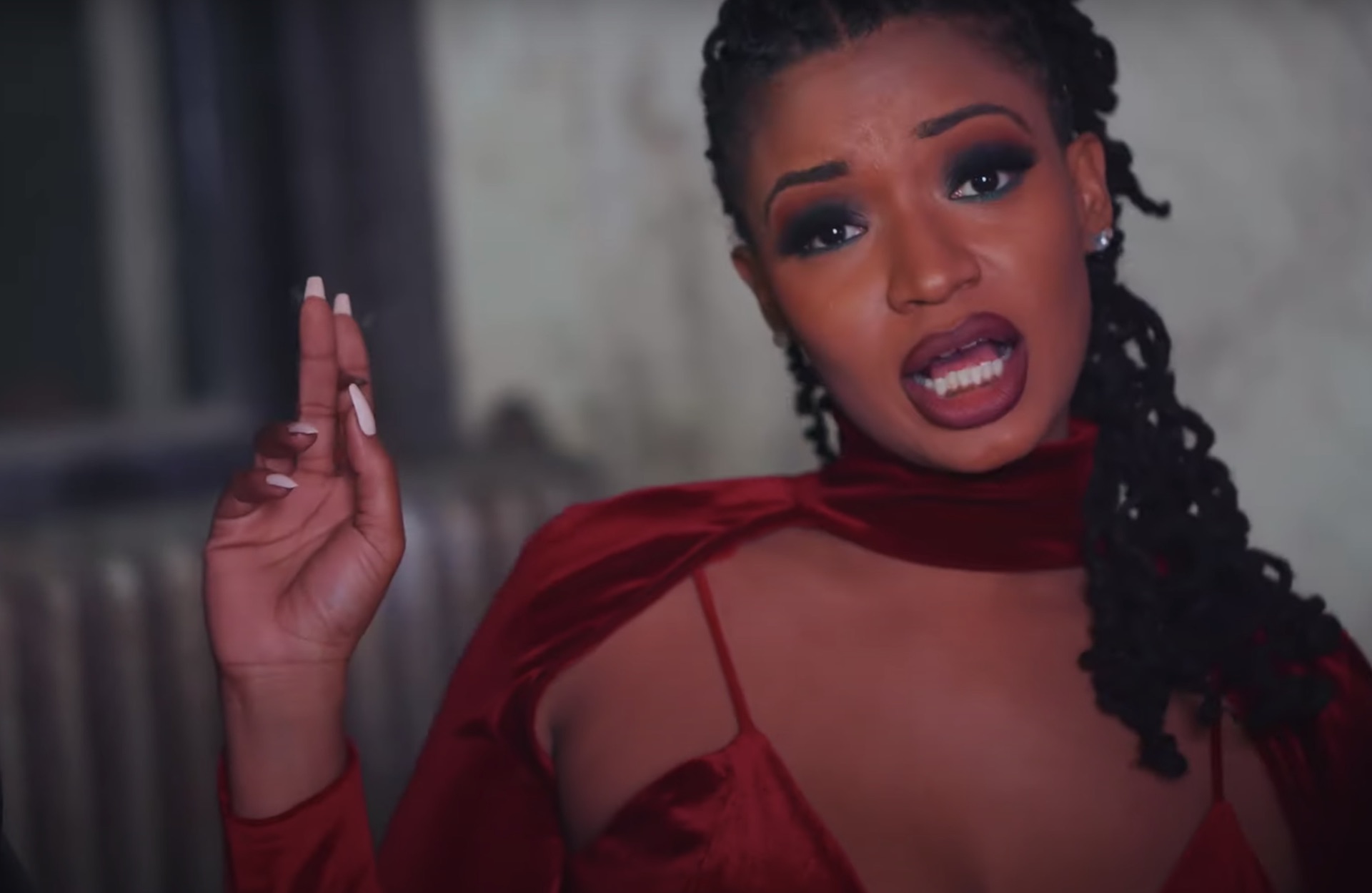 Where Set It Off closes, Dutch ReBelle’s next musical chapter begins.

The Boston emcee’s new video “Stony” writes a new finale for Jada Pinkett Smith’s character in the 1996 flick, one that’s complete with clinking champagne flutes and card games played over piles of cash. ReBelle released the song as a standalone single in 2020, but brings Stony’s new ending to life with her new Benjamin-counting visual, released last week (January 29).

“In the movie Set It Off, I feel like everyone always focuses on [Queen] Latifah’s role as Cleo, but Jada Pinkett’s role as Stony was the reason for everything in the movie,” ReBelle shares with Vanyaland. “I started the video where the movie ended.”

Even though “Stony” plays like a general big-baller anthem, lyrically it never strays from ReBelle’s vision. “Hair to the back like Cleo / let them thangs off like T.T.,” she raps in the first verse, followed by “Straight to the bank like Frankie / Then I go ghost like Stony” in the chorus, paying homage to all four leading ladies.

“The movie ends with her [Stony] in the hotel with the money and all her friends have been killed by the police,” ReBelle adds. “I thought it would be dope to show a positive outcome for her.”

And that’s exactly what ReBelle does: After the 40 second mark, there’s no tears left to cry, and only ample liquor to pour. Watch her re-write film history below.