Sundance 2021 Review: Nic Cage has a ball in ‘Prisoners of the Ghostland’ 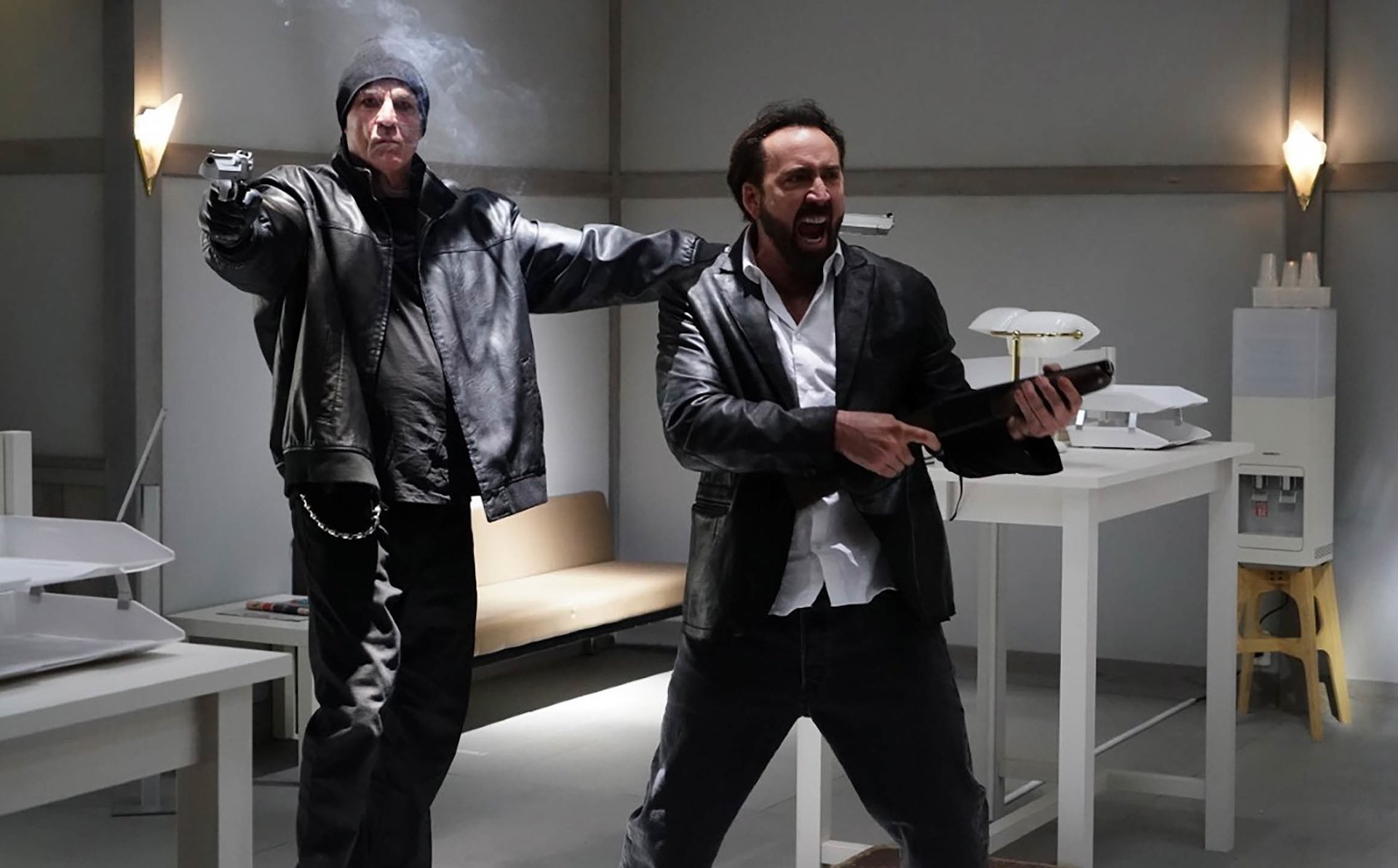 At every single festival I go to nowadays it feels like there’s always one batshit crazy Nicolas Cage film worth discussing at length. It started in 2017 with Mom and Dad, continued in 2018 with Mandy and Between Worlds, and persisted into 2019 with Color Out of Space before taking a year off. The universe responded in turn with 2020, and said “See, look what happens when there’s no Cage films for festivals?” as if his effervescent presence were like a sacrificial virgin tossed into a volcano so our crops could grow. So, the tradition proudly returned at Sundance this year, where the Sion Sono-directed Prisoners of the Ghostland tore up screens both across the country. It’s a wild and batshit feast for the eyes, though you probably shouldn’t expect too much more out of it than the good time you’re definitely going to have.

In a postapocalyptic futuristic wasteland that apparently met at the juncture of classic samurai cinema and spaghetti westerns, Cage plays a bank robber who’s serving hard time in a jail under the sheriff’s office. He’s freed from his prison by The Governor (a fun-as-hell Bill Moseley), who tasks Cage with into the Ghostland — a place where few emerge from, given that they’re haunted by both ghosts and the techno-crazed hermit community out in the desert — to rescue his “granddaughter,” played by Sofia Boutella. Cage is outfitted with a leather suit stacked with microbombs (including two right over the nuts) that will blow up bit-by-bit if he harms the girl in the process. If he doesn’t get her to say her name into a voice recognition device strapped to his arm within three days, he’ll blow up, and if he doesn’t get her back to Samurai Town — where the cowboys and ronin do play — in five days, you guessed it, he’ll blow up. So, he sets off, and discovers the vivid weirdness of the Ghostland in all of its rubble-stacked glory.

It’s best to describe this movie in a series of images more so than to tease any unified theme of chaos out of it: Cage reaches the town, and a town built in ruins, in which tape-covered hermits speak with vocoders at him, a group of men hold a rope attached to the minute and second hand of a giant clock to prevent time from moving forward, and white-clad men and women let rough streamers float in the wind as he makes his way into the camp. A samurai (played by Versus’ Tak Sakaguchi) slices a ronin’s throat while the thug’s head is inside of a paper lantern, and his blood coats the inside of it. Geishas, cowboys, ronin and jackbooted thugs chant the lyrics of “My Grandfather’s Clock” in the midst of exposition. An oracle’s chorus of interpreters tells the story of the Ghostland’s origins by performing a dance and showing a slideshow of paintings of nuclear catastrophe. A child is shot in a sterile bank waiting room as he drops a cup full of bubblegum balls, while a stray bullet hits the machine he got them from, strewing colorful balls across the room, causing Cage and his partner Psycho (Nick Cassavettes) to go flying while they duke it out. Cage giving a screeching speech in which he makes a declaration so deeply silly that it’s almost worth recommending for the price of admission alone.

Look, if you aren’t sold on this film after reading that, it’s perfectly ok — you probably know the track record of flicks like this. Plenty of other directors have attempted to go this route — there was The Good, The Bad and The Weird and Sukiyaki Western Django a decade ago, but this movie has something that neither of those films did: Nicolas Cage. Seriously. His presence provides a sturdy hand for the weirdness that’s occurring all around him, and he’s one of the few Western actors who can go for broke as much as Sono wants. And it feels like he’s the perfect mixer to introduce unaware genre fans to who exactly this director is, just like adding sugar or cream to coffee. It goes down easy.