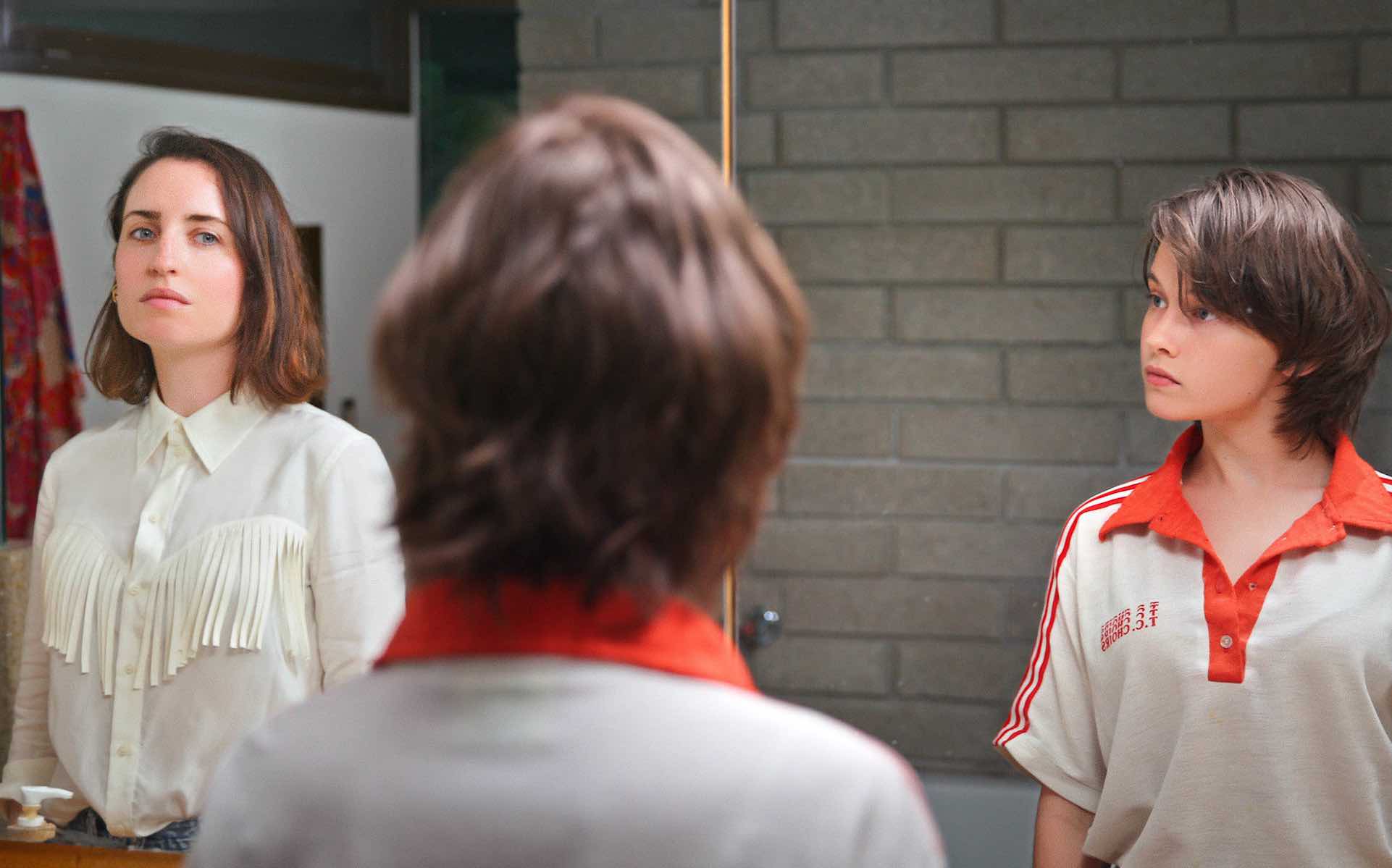 One of the worst things about the initial two months of “quarantine” last year was the constant refrain on social media that one must make their time spent in isolation mean something, rather than retreating into our shell-caves like a cartoon turtle eating rocky road ice cream and mainlining 90 Day Fiance. “Shakespeare wrote Lear while in quarantine with the plague,” the tweets would say, “how are you going to spend your time?” Some filmmakers did just that: They rushed half-hearted roughshod ideas through the trimesters of development, production, and post-production to quell burning urges to create that were lit within them by the tinder of pandemic free time and the spark to capture the feel of the moment, like they were trying to make lemonade out of a quickly-spoiling set of lemons. Zoe Lister-Jones and Daryl Wein’s How It Ends is the resulting beverage: A weird brew smelling of growing fermentation and lacking any sort of citrus bite, despite an attempt on the part of the makers to stuff it so full of sugar that it would still seem sweet going down.

In How It Ends, humanity is whimpering as a giant meteor approaches the planet, but, before it can go “bang,” we are forced to follow around Liza (Lister-Jones), an aimless 30-something who has now all the justification in the world to feel something but she just can’t. She lives alone in L.A., though, at first, it seems like she may have a roommate — a younger woman, played by Caliee Spaeny, is seen dragging her out of bed in the morning — but it turns out that young lady is Liza, a psychic apparition of her inner child that is apparently made manifest by the human brain’s fraying perception of reality as it begins to confront its own death. She’s been invited to a party — apparently, Pauly Shore’s gonna be there — but she doesn’t know if she really wants to go just yet. She really just wants to be high as fuck, full of good food and drink, before she’s wiped off the face of the Earth, but her inner child stresses to her that she needs to get out in the world to drink up humanity’s joys while she still can. So, Liza and Liza set out on a walking tour across the city (her car gets stolen early on) to visit her mom (Helen Hunt) and dad (Bradley Whitford) and a series of other pals before it’s all over.

Apparently, humanity’s joys have taken the form of guest appearances by the kind of comedian who has never met a cameo that they don’t like — Fred Armisen, Paul Scheer, Bobby Lee, Nick Kroll, and some of the Sunny guys —  as well as folks like Olivia Wilde and Sharon Van Etten, who elevates the film simply by having her melodic voice fleetingly present in its audio track for a few minutes. It is neither funny nor moving as it trades in both prototypical indie-comedy improvised riffing and pointless platitudes about self-affirmation. It also doesn’t feel particularly unique: Its central conceit has been done to death a billion times over, though I do think it was a pretty funny gambit to see the tweeness of something like Seeking a Friend at the End of the World and thinking it would be made better if one paired it with Bruce Willis’ The Kid, no matter how charming a presence that Spaeny is. But those are ultimately just par for the course for this fashion of comedy, and it may appeal to you more so than it did me.

The problem I think that a not-insignificant amount of folks will have with this film is its anesthetized, sterile and false manner, which no doubt is the result of the nightmare confluence of the circumstances that How It Ends was made under and the filmmakers realizing it. A meteor is about to hit Earth and somehow, cars are perfectly parked, a single woman is running around doing wacky shit in the street, and everyone manages to stay six feet (or more) apart from one another. Aside from Lister-Jones and Spaeny, not one actor touches another for the duration of the film, and I was tremendously depressed by that fact. There’s no pandemic going on in the world of the film – it’s just indie awkwardness and alienation suppressing the most natural emotions one has, and I, personally, could not relate to that in the slightest. When Lister-Jones and her younger self sits down with her parents, I was reminded of the fact that it is soon coming up on a year since I last saw those I am closest to, and I desperately wished, at that moment, that I could do what she could do, in theory, but doesn’t: Savor an embrace or even a maskless face-to-face conversation sans grievance. No amount of tweeness can mask the musk of the regulations required to be put in place in order to make it.

I think a lot of film-centric folks had hoped that the “quarantine” period would lead to the creation of innovative isolation cinema, where filmmakers took what was available to them and tried to tell stories the best they could under these conditions — a sort of society-wide Dogme-like project that they were fortunate enough to do. But much like everyone who said after Trump was elected that “at least we’ll hopefully get some great art or punk out of this,” the hope inherent in that statement is often failed by the artworks that are most obviously about the moment itself. This isn’t to dump on How It Ends specifically – I don’t know how any film about the pandemic itself made in this particular moment that isn’t a documentary can identify the feeling of the moment and capture it to celluloid unless you’re using the conditions of your film’s making as a jumping-off point for other interests of yours, as Ben Wheatley does in In the Earth. I can’t fault Lister-Jones and Wein for trying to find meaning in this awful moment, but How It Ends might have benefitted from a delay, or, failing that, at least one flagrantly rule-breaking and fine-inducing hug.