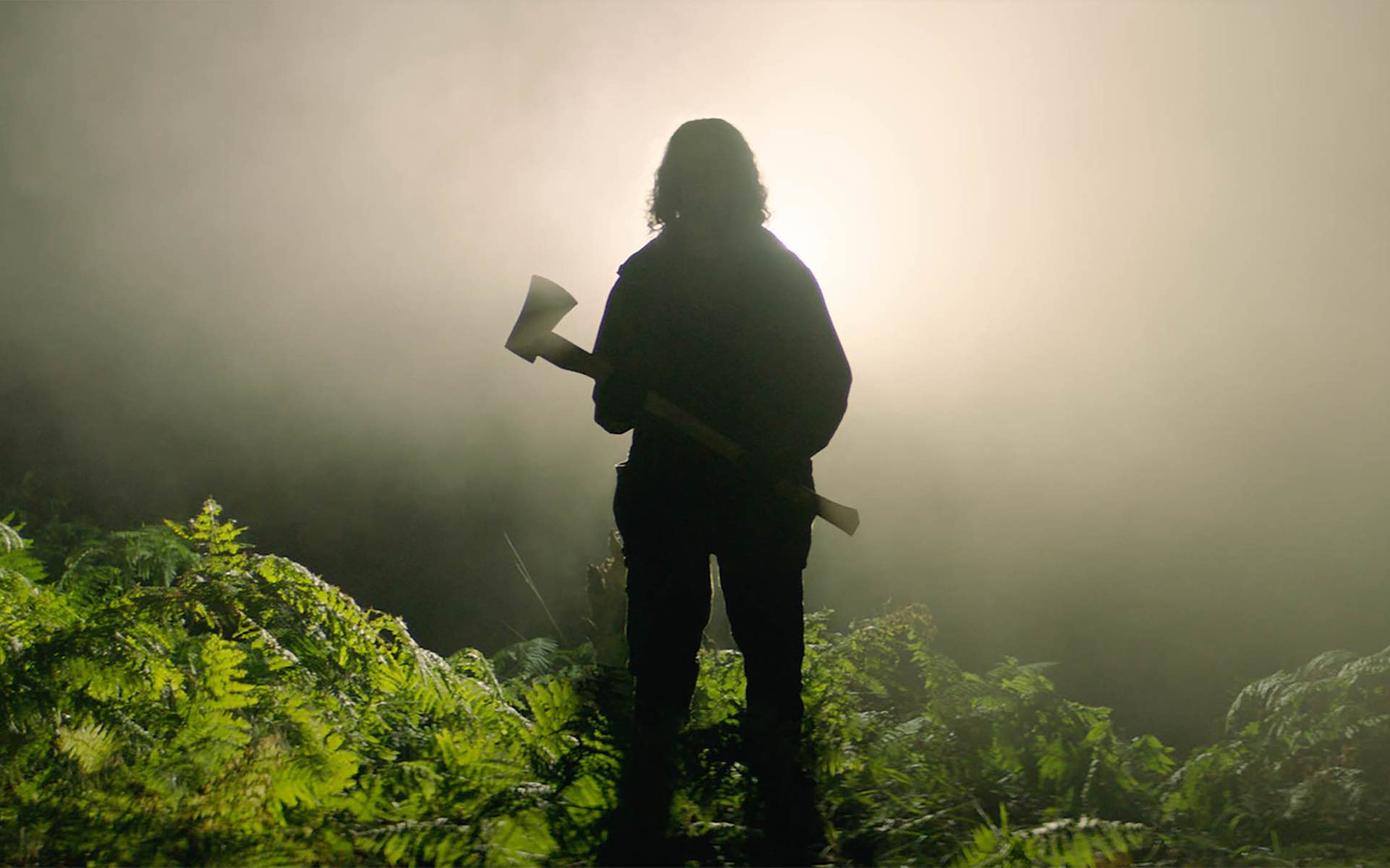 Thank Gaia that somebody presumably broke into the Netflix headquarters prior to the COVID-19 situation blowing up and stole Ben Wheatley’s stash of psychedelics from whatever vault they keep the scripts for the never-produced final seasons of Sense8 and the souls of the Duffer Brothers, because his new film, In the Earth, is exactly what fans of the director were missing when he went to the streamer to make Rebecca. Filmed in an isolation bubble in the U.K. during one of the many lockdowns they’ve had over there, In the Earth is one of the few pandemic films at this year’s festival to acknowledge the circumstances in which it was filmed: It’s set in the near future, as a young scientist (Joel Fry) makes his way to an isolated retreat while a pandemic rages across England to help a former lover of his (Hayley Squires) with experiments conducted in total isolation in the deep forest. But outside of a few checkpoints, sanitation sprays, and rapid tests conducted at the start of the film, Wheatley gracefully elides his setting to focus on something weirder and more in-line with his interests: naturalist cosmic horror.

You see, it’s a two-day hike to reach her camp, and a guide (Ellora Torchia) is assigned to Fry’s character to help him make it through the thick and overgrown forest. Along the way, they find the worn remnants of other campers who have journeyed into the woods to flee the cities and find isolation, and, near the end of their journey, they’re attacked by unknown figures in the night. The pair’s shoes are stolen, as well as Fry’s equipment, and as they press on, Fry slices his foot open on a suspiciously sharp stone laid in the grass. It’s then that they run into a bewildered-but-seemingly-nice forest resident (a John the Baptist-styled Reece Shearsmith) who offers them food, shelter, amateur surgery (given that a flap is hanging off of Fry’s foot), and, most importantly, footwear. But, as you might expect, things aren’t quite right with our hermit, who wishes to use our travelers for his own dangerous designs.

Wheatley’s favorite flavors are back on the menu here: intense, semi-comic gore, absurdist humor (Shearsmith especially gets the chance to strut his stuff, as the most gently English and polite hostage-taker in recent memory), and the psychedelic rending of the psyche when its confronted with the vast and unknown alien intelligence that govern the natural world behind the scenes. Of course, as can be the case with films possessing the psychedelic surrealist tendency, it can drag a bit, especially in some of the second-act sequences, but what works here is both stimulating and incredibly entertaining. Its set-pieces are strongly constructed — a chase through a section of the woods covered in high-powered strobe lights and droning speakers hooked to microphones trying to listen to the trees is both a joy to look at and a danger to those with photosensitive epilepsy — and it’s often strikingly shot, with deep colors and kaleidoscopic deconstructions of previous moments making up In the Earth’s entrancing and enthralling climax.

Clint Mansell’s synth-heavy score also deserves high praise — according to some on Twitter, Wheatley gave Mansell the sounds he’d recorded from the trees and let him make the music from it, á la Mort Garson’s Plantasia – and the final film is made great by his efforts. But, perhaps most importantly, Wheatley has crafted a film made for this moment, one that gets directly at the heart of a very contemporary fear. If the events of 2020 punctured the hermetically-sealed bubble that much of the city-dwelling Western World lives in and brought the horror of the microbial back to the forefront of our minds, In the Earth reminds us that there’s so much more still to fear in the invisible darkness of the natural world – things that our little animal brains can barely grok in all of its terrible splendor. It probably will be the best narrative film made during the pandemic that is in some part about it, and I can’t wait to see what wild shit Wheatley does next.