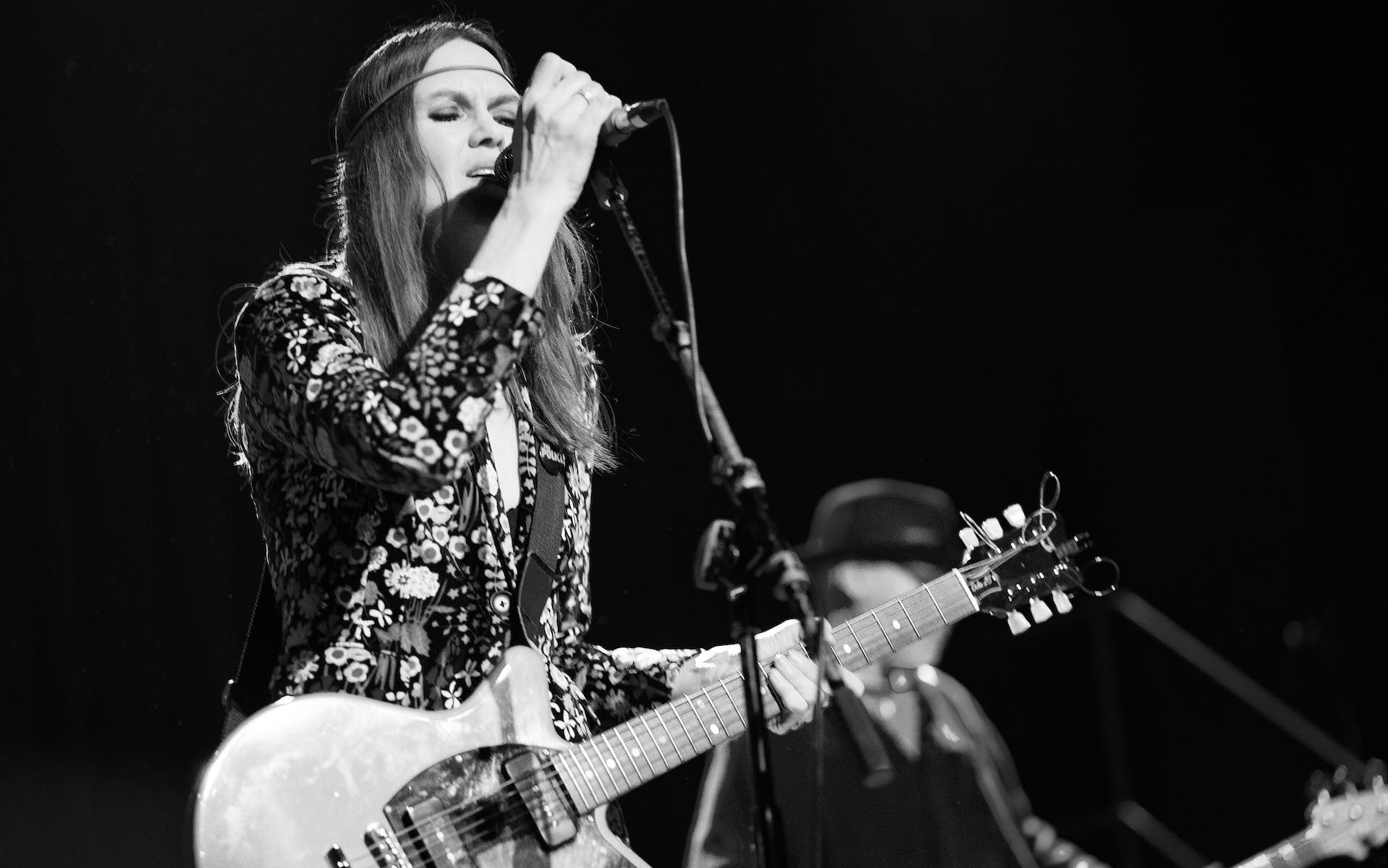 The forever great and perpetually unfuckwithable Juliana Hatfield has been spoiling us with new music over the past few years, staying busy dropping full-frontal covers albums (Juliana Hatfield Sings Olivia Newton-John, Juliana Hatfield Sings The Police) and critically applauded LPs (Pussycat, Weird). This year, at least for now, she’s dropping back into the latter category with the release of Blood, her new album of originals due out May 14 via American Laundromat Records.

Blood marks her 19th solo studio album (!!!), and it’s said to tackle themes of modern human psychology and behavior. It’s led by a wonderfully upbeat new guitar-pop track called “Mouthful of Blood”, which dropped today (January 28). Underneath the track’s bubbly demeanor is Hatfield’s usually whipsmart lyricisms, and here, her mouth is bleeding from having to bite her tongue so damn much. Listen to it via Spotify below.

“I think these songs are a reaction to how seriously and negatively a lot of people have been affected by the past four years,” says Hatfield of the new record. “But it’s fun, musically. There’s a lot of playing around. I didn’t really have a plan when I started this project.”

As result of the never-ending pandemic and the quarantine that has kept us confined for nearly a year, Blood was recorded at Hatfield’s home in Massachusetts, with collaborator Jed Davis assisting from across state lines over in Connecticut. Hatfield adds: “Usually I work in a studio. I did more than half the work in my room — with Jed helping me to troubleshoot the technology, and helping with building and arranging some of the songs — and then I finished up with additional overdubs and mixing with engineer James Bridges at Q Division Studios in Somerville.”

Pre-order Blood through American Laundromat Records, and count down the days until we can take “Mouthful of Blood” out into the open air for some springtime fun.