Wanna Hear It Records fills the emo void in Watertown 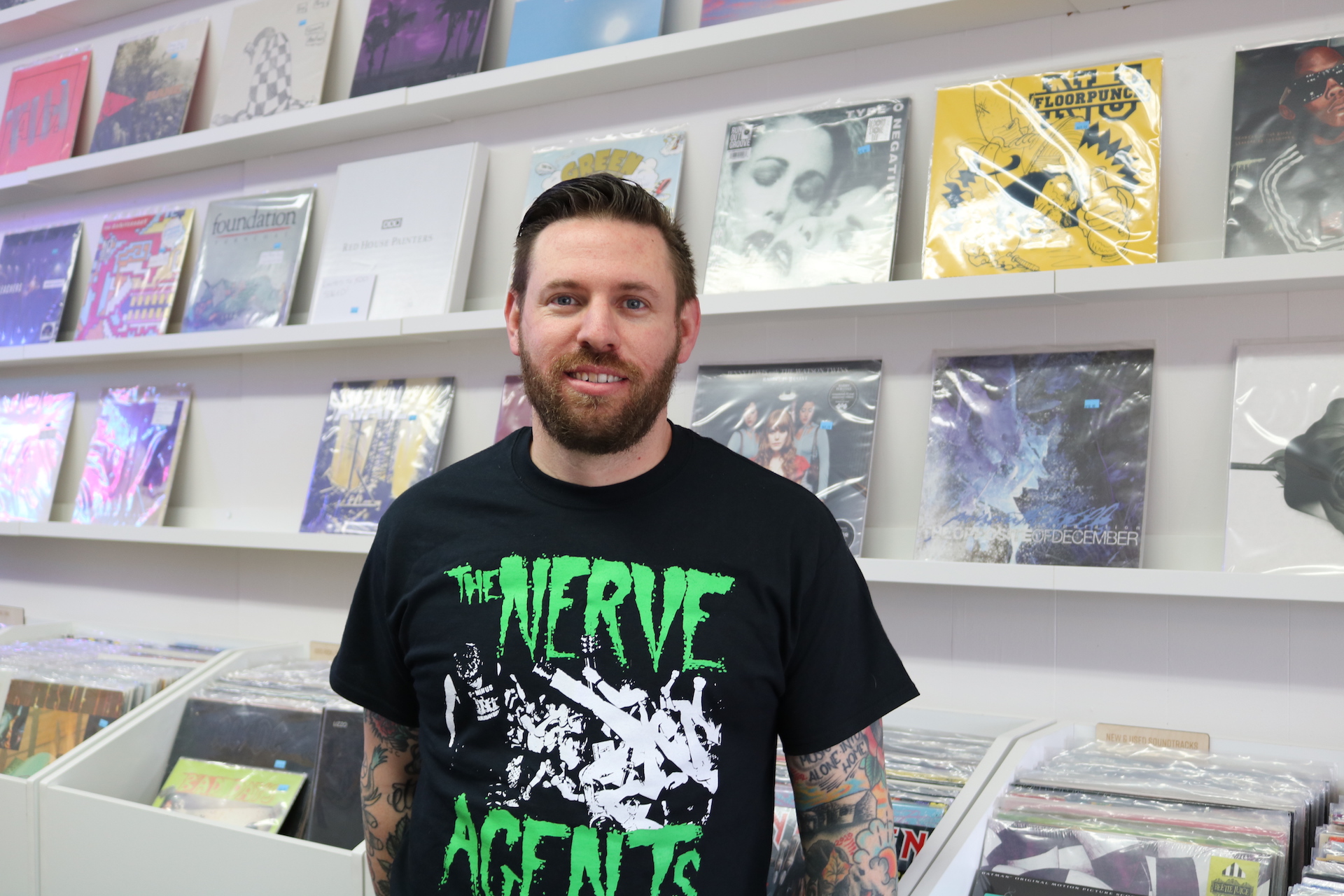 Roughly 15 minutes after opening on a Sunday afternoon, Wanna Hear It Records already has a line of eager audiophiles waiting outside. In the month since the Watertown record shop has opened, owner Joey Cahill says lines on the weekends are common, as customers patiently await their turn to pursue the intimate store’s selection of punk, hardcore, hip-hop, and indie music.

But above all, they’re showing up to purchase emo albums.

“After every weekend, it looks like it’s half-filled,” Cahill says of the indie/emo section of the store. “It gets picked over so much that we actually had to condense it a little, because it looked so empty. I place orders every day, and it seems like half of the stuff is to replenish [what’s been sold].”

Cahill, who moved to Massachusetts four-and-a-half years ago, launched Wanna Hear It with over 20 years’ experience in the music business as the owner and founder of 6131 Records. Raised in California, Cahill says he’s visited music shops across the country, but has often seen a lack of decent emo music in independent record stores.

The variety inside Wanna Hear It is his piece of the remedy.

“I’ve toured with bands, I’ve been to a lot of record stores,” he tells Vanyaland. “A lot of them have the punk section, the hardcore section. But the small indie stores, a lot of them don’t have a good emo section. Sure, you can go to a record store and get The National. But a band like Oso Oso or Prince Daddy [& The Hyena] — emo bands that have kind of taken off — don’t seem to have a lot of presence in record stores. That was my thought: There’s just not a place in the area that has a focus on that kind of music, and that was what I kind of wanted to do.”

While Cahill’s dream for a record store goes back decades, the plan for Wanna Hear It came together in a matter of weeks last fall. In October, Cahill decided the time was right to find a spot in Greater Boston to bring that dream to fruition, and by November 1, he was moving into the shop space at 7 Main St. in Watertown. (He also owns a 6131 record store in Virginia, but chose a different name for Wanna Hear It to keep the businesses separate).

The entire process barely took two months; Cahill’s distributor connections as a label owner made ordering stock easy (although it admittedly “took over” his living room for a spell), and many of the used records come from his own collection. Doors opened to the public on December 12.

“It came together incredibly fast,” Cahill notes. “With COVID, there were a lot of availabilities. Our landlord, I think, was eager to get someone in — this space had been vacant for a while.”

The timing, while “right” for Cahill, was still risky. Most independent businesses are concerned about keeping their doors open during the COVID-19 pandemic, with expansion being the most unlikely item on their to-do list. Cahill’s initial hope was to survive the winter and get business off the ground in the spring, when shopping would hopefully be safer. Yet so far the store has been prosperous, despite the unlikely odds. When folks aren’t picking up albums, they’re stocking up on the other goodies Cahill keeps on hand: Beanies, pins, patches, t-shirts, books, vegan chocolates, and candles from Watertown’s own Vessel Candle Co.

“It’s blown every expectation I have out of the water,” Cahill adds. “The community and the people who buy records have been incredibly supportive. I think a lot of people are so desperate for music that a new record store doesn’t necessarily fill the void of going to a show, but picking up some new records and having the sense of normalcy of going to a store… I think people were craving it.”

Wanna Hear It is currently open Thursday through Saturday, 12 p.m. to 7 p.m., Sundays 12 p.m. to 6 p.m., and by appointment Monday through Wednesday. Take a look around below; all photos by Victoria Wasylak for Vanyaland.