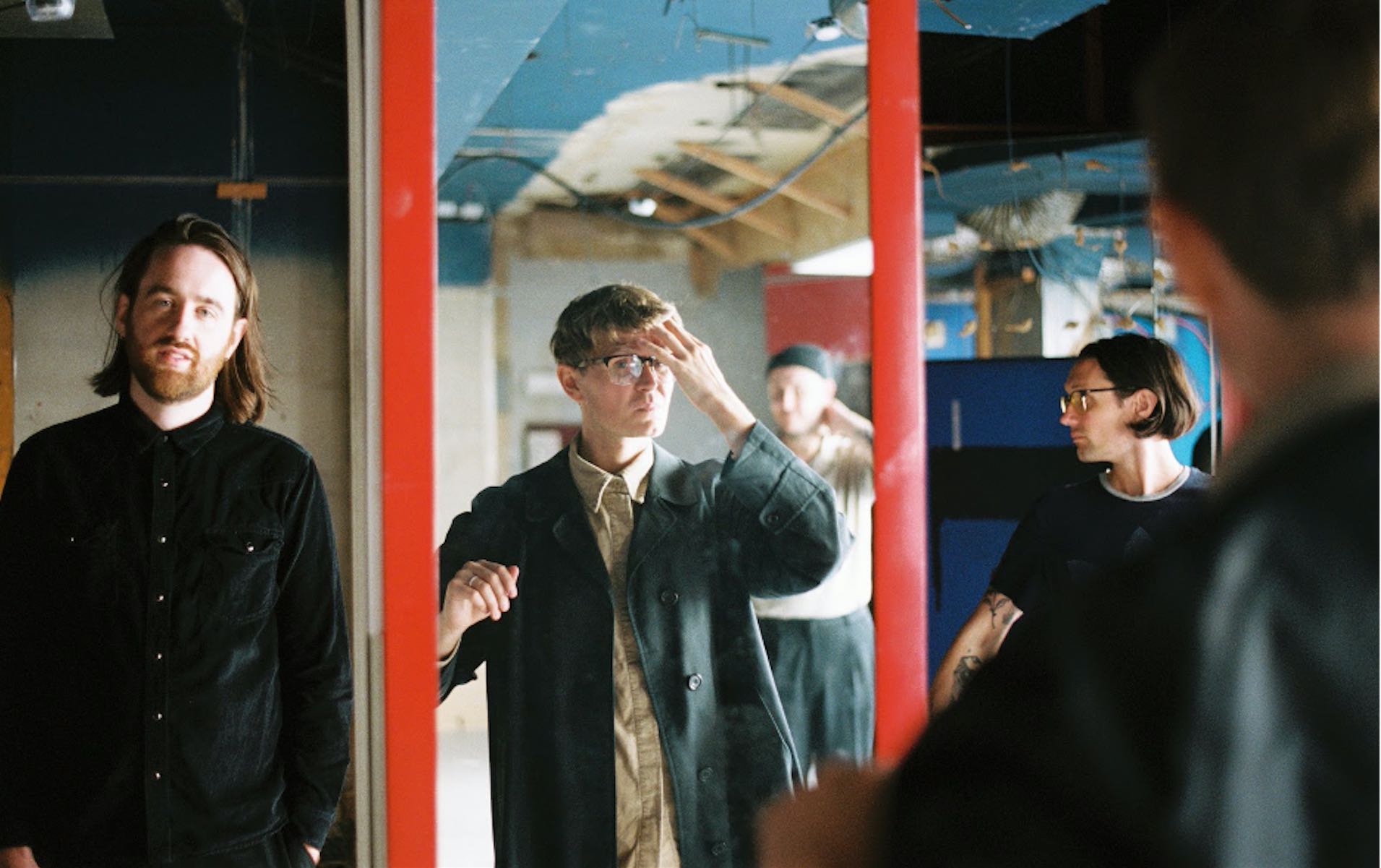 Despite all the hope and optimism that today’s Inauguration Day brings here in the States, the cold reality is that a lot of this country’s ills are not going to instantly vanish with a new president. So when Leeds post-punk band Yard Act offer up the following in their ruggedly beautiful new track “Dark Days,” well, we’re feeling it heavily: “Dark days / It’s a never ending cycle of abuse / Dark days / I have the blues and I can’t shake them loose.”

It’s been less than a year since Yard Act crashed our digital lives with debut track “The Trapper’s Pelts” in March 2020, but the foursome are already garnering wide praise and quite the ravenous fan base. “Dark Days” dropped on Monday (January 18), and Yard Act fans bought up all 1,000 pressed 7-inches, via their own Zen F.C. label, in just under two hours time. The music — with its vertical bass line, slashing guitars, and frontman James Smith’s grabbing half-sung, half-spoken social observations — is resonating with the disenfranchised and disaffected populace who choose to find their own means to get by in times of darkness.

“Despite all the advances humanity has made, the threat of devolving feels increasingly possible in the modern world, and on my bad days when I’m spiraling I can’t help but get trapped in my own head envisioning this post-apocalyptic future we’re seemingly headed toward, so fuck knows why I decided to watch ‘Children of Men’ when I was feeling like that,” says Smith. “If I’d fully remembered what happened in it, I don’t think I would’ve in the middle of a pandemic, but I did, and I actually came away feeling really uplifted by the ending. I saw hope in it, and it helped me finish the story.”

And here’s how it started. Smith adds: “With ‘Dark Days’ I wrote the first verse and chorus hook quite fast but then I didn’t know how to finish it. The demo [Ryan Needham] sent was ace, real sparse. The drums were really driven but the bass line felt like it was suspended mid air in the verses, like a dub bass line or something. It created the illusion that you have time to stop and look around amidst the ensuing chaos. It’s like in war films when all the noise stops and you just hear the protagonist heavy breathing whilst they survey their surroundings in slow motion. Then the chorus hit with this ‘Captain Caveman’ vibe, it reminded me of that stop-motion cartoon from the ’90s ‘GOGS’, if anyone remembers that? I liked the juxtaposition of the bleak world with the cartoon bass line.”

Take it for a ride around the world near and far below.