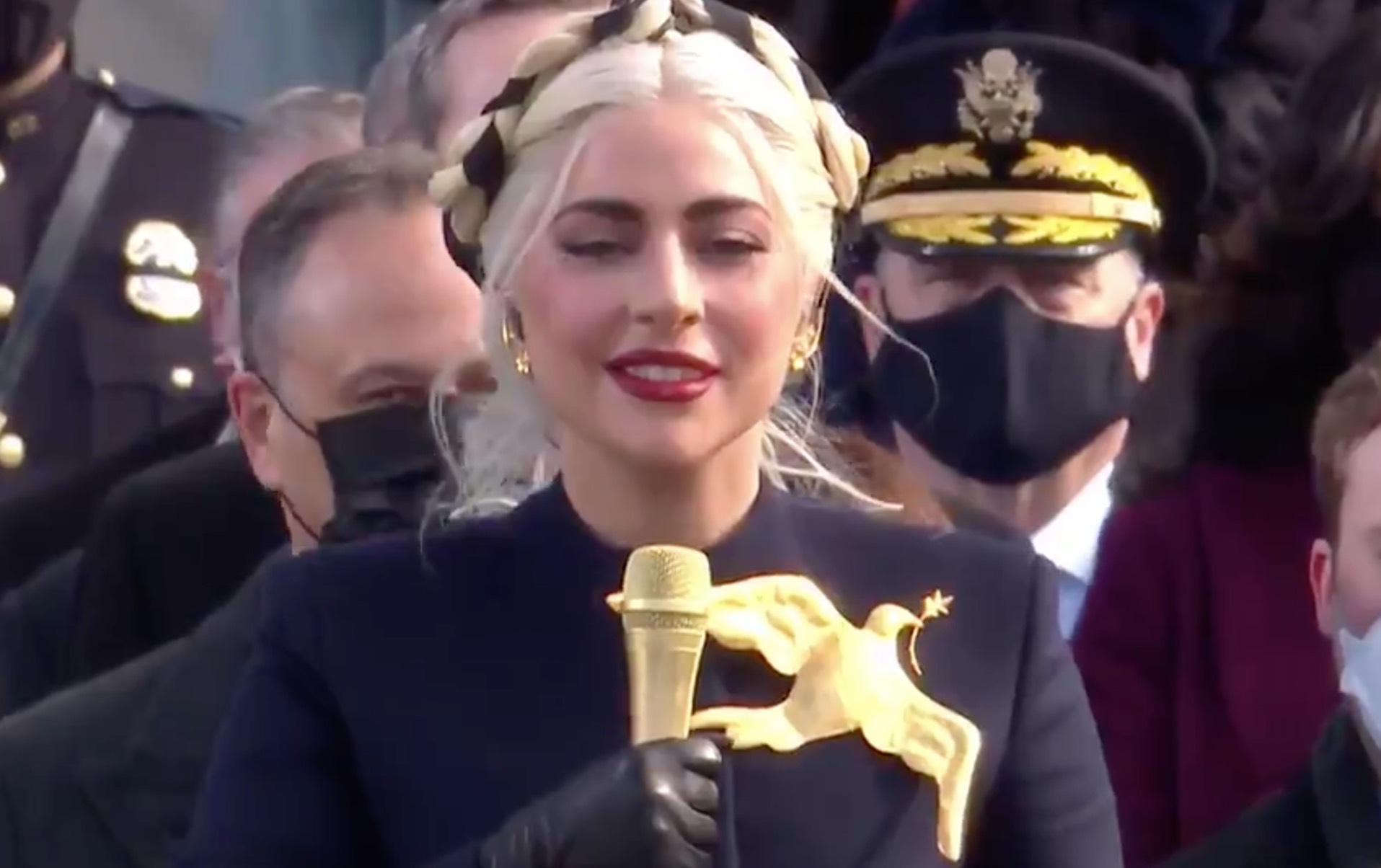 American presidents may change, but show-offy inaugurations are simply forever.

As Joseph R. Biden and Kamala Harris were inaugurated as President and Vice President of the United States this afternoon (January 20), Lady Gaga, Jennifer Lopez, and Garth Brooks all lent their respective pipes to the event, adding some appropriate flair and “WTF?”

Lady Gaga performed an overall traditional rendition of the national anthem prior to Harris’ oath of office, recalling her similar performance of “The Star Spangled Banner” from the 2016 Super Bowl. While many viewers compared her tasteful getup to something from The Hunger Games (or the Star Wars franchise… take your pick), Gaga later tweeted that her eye-catching brooch was symbolic: “A dove carrying an olive branch. May we all make peace with each other.”

Lopez subsequently became the first person to ever reference “Let’s Get Loud” during a presidential inauguration. Performing a hybrid of “This Land Is Your Land” and “America The Beautiful,” Lopez added “one nation, under God, with liberty and justice for all” in Spanish, followed by a quick reference to her 1999 song.

And, finally, the somehow most confusing musical performance came from Garth Brooks, who shared a breathy a cappella version of “Amazing Grace” while wearing a pair of bluejeans. There’s not a lot to dissect here, except his ample mask-less hugging once finished, which drew perhaps more raised eyebrows than either Gaga or J. Lo.

Performers at today’s Inauguration Day parade include a reunited New Radicals, performing for the first time in 22 years, as well as singer Andra Day and DJ Cassidy’s Pass The Mic, featuring Earth Wind & Fire, Nile Rodgers, Kathy Sledge and The Trans Chorus of Los Angeles, according to CBS News.