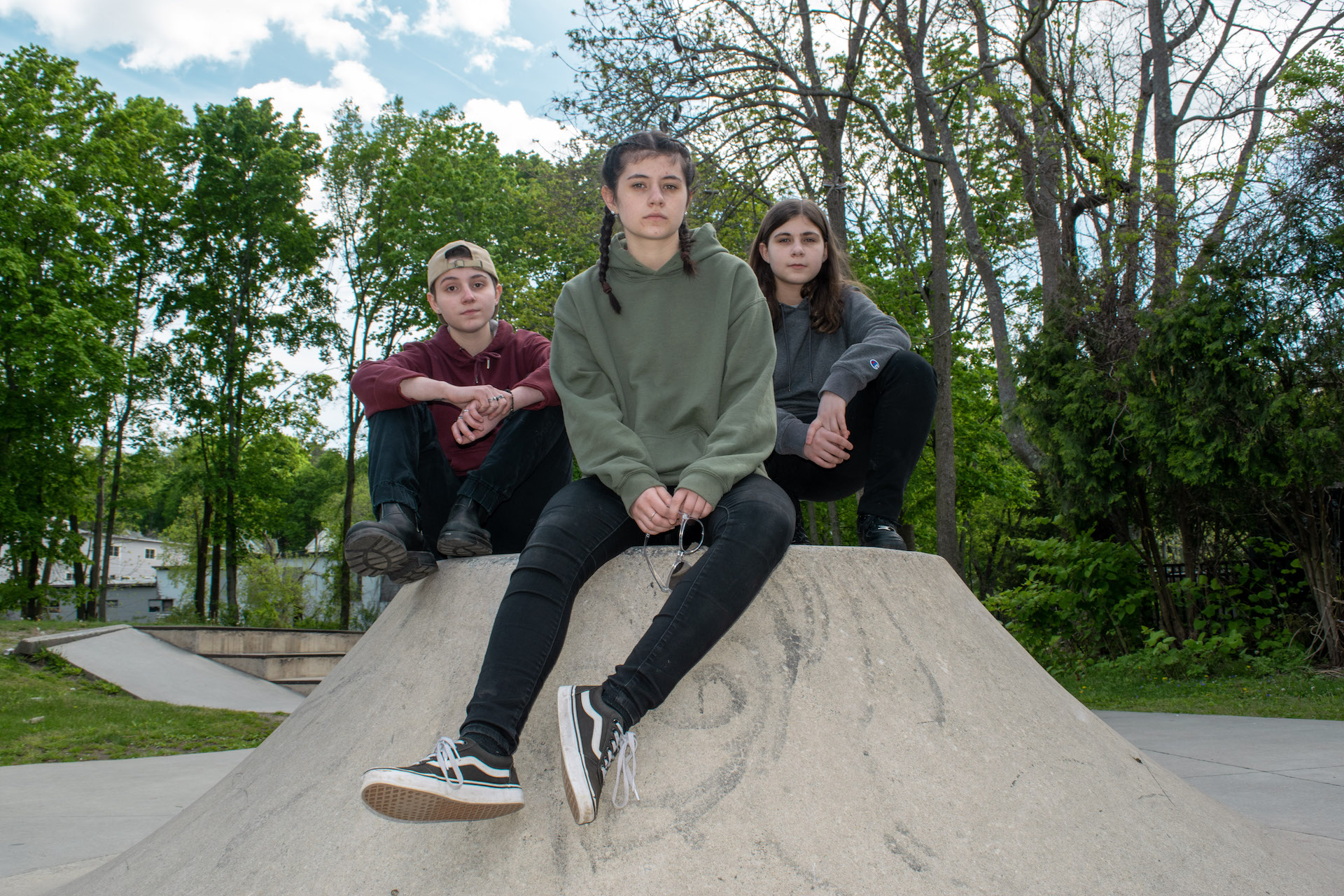 No one talks about the stillness of 2020.

The now-worthless wristwatches, frozen in March, when life at large seemingly stopped; the calendars, covered in reminders for concerts and get-togethers long since cancelled; the lonesome car keys on the counter, untouched except for pharmacy and grocery store runs.

Coming to terms with the sluggish cadence of the clock is, in fact, all anyone does anymore. And Circus Trees perhaps know that feeling of malaise better than anyone else.

The Marlborough band today (December 4) releases their video for “Confronting Time,” a genuine  glimpse at the despondence that comes creeping in after a day’s activities, no matter how pleasant. The song comes from the band’s recent record Delusions, which dropped this past summer.

“When brainstorming an idea for the video I tripped across a simple yet strong idea; you can’t hide the sadness,” singer and guitarist Finola McCarthy tells Vanyaland. “The song starts off with a hopeful first verse but as the song goes on it gets darker and more depressing. This is what I wanted the video to represent. I brainstormed a video of us having fun and just being us, but also showing that at the end of the day the sadness will seep back in.”

Circus Trees aren’t shy about their sorrow — that vein of transparency constitutes a major portion of their identity as a band to date — and “Confronting Time” compounds their candor with simple day-in-the-life scenes. Blank expressions form following a baseball game amongst sisters, shoulders surrender into a slump against the couch, even after shared giggles at a goat farm — now painfully idle, not unlike those watches, calendars, or car keys.

“Confronting Time” offers a poignant depiction of the hollow moments we keep to ourselves, but in a year like 2020, the video slips into an even more universal form of bleakness. A “feel-good” vid it’s not, but on occasion, sharing discomfort can be a good (and much-needed) feeling in itself.