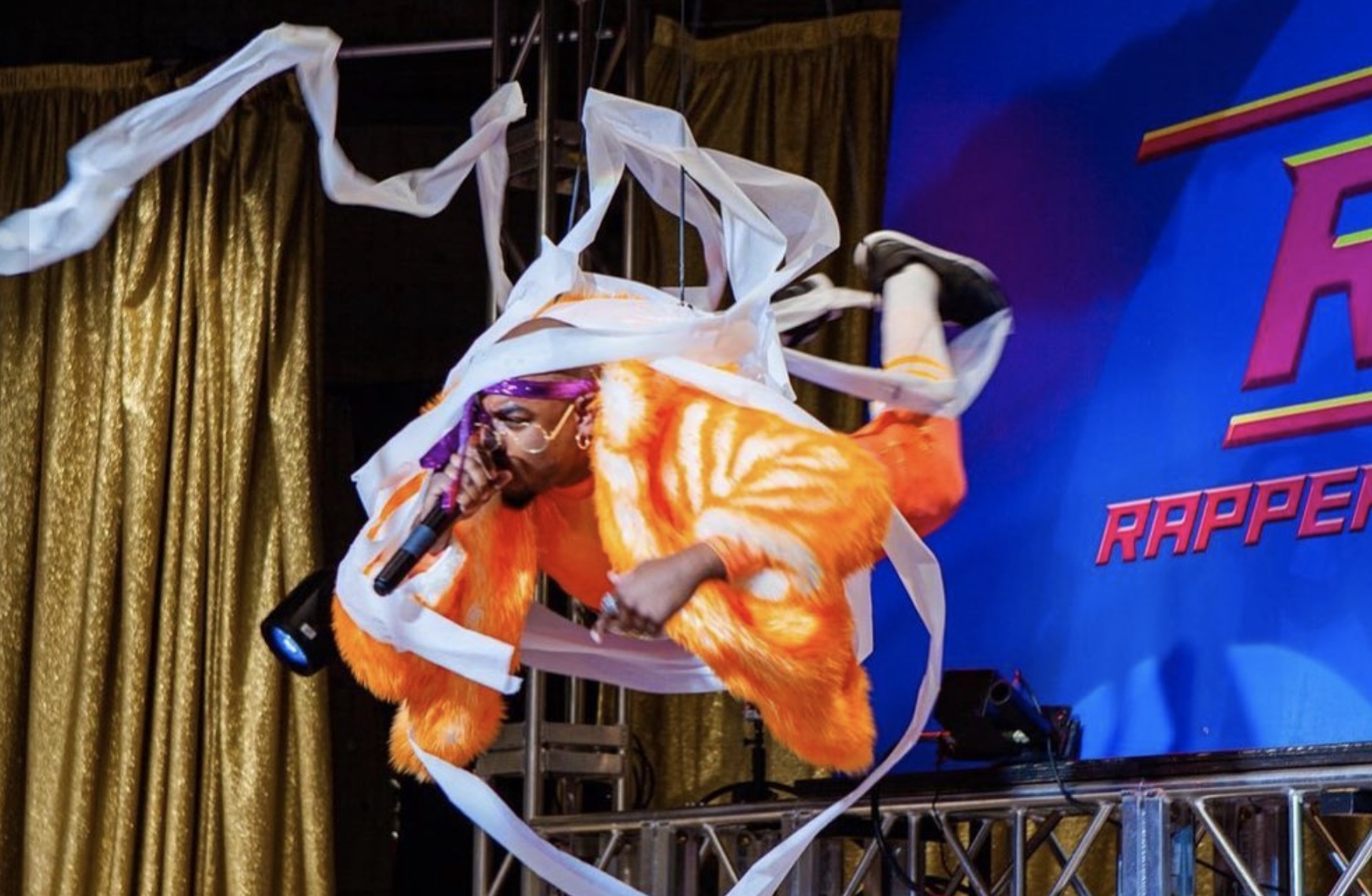 This past weekend, Eric Andre proved he really knows how to save the best guests for last. On Sunday night (November 22), Andre welcomed OG Swagerdick for the season five finale of The Eric Andre Show, which aired on Adult Swim.

More specifically, the Boston rapper participated in Andre’s “Rapper Ninja Warrior” segment, meaning he was suspended from the ceiling, spinning in circles, and rapping in between breaths of inhaling helium from a balloon. Which, frankly, if anyone could pull that off, it would be the same man who yeeted an office chair from a roof for a music video.

This isn’t Swaggerdick’s first run-in with the famed comedian and TV host; Eric Andre actually appears repeatedly on Swaggerdick’s 2019 release Views from the Dick, including an eight-second transition track that states “Swaggerdick is one word, not two. You say it as two words, imma fuck you up!” He also performed as part of Andre’s April 2019 Birthday Block Party in Los Angeles.

A full clip of Swaggerdick’s on-air shenanigans hasn’t appeared online yet, but view some highlights via Instagram below.