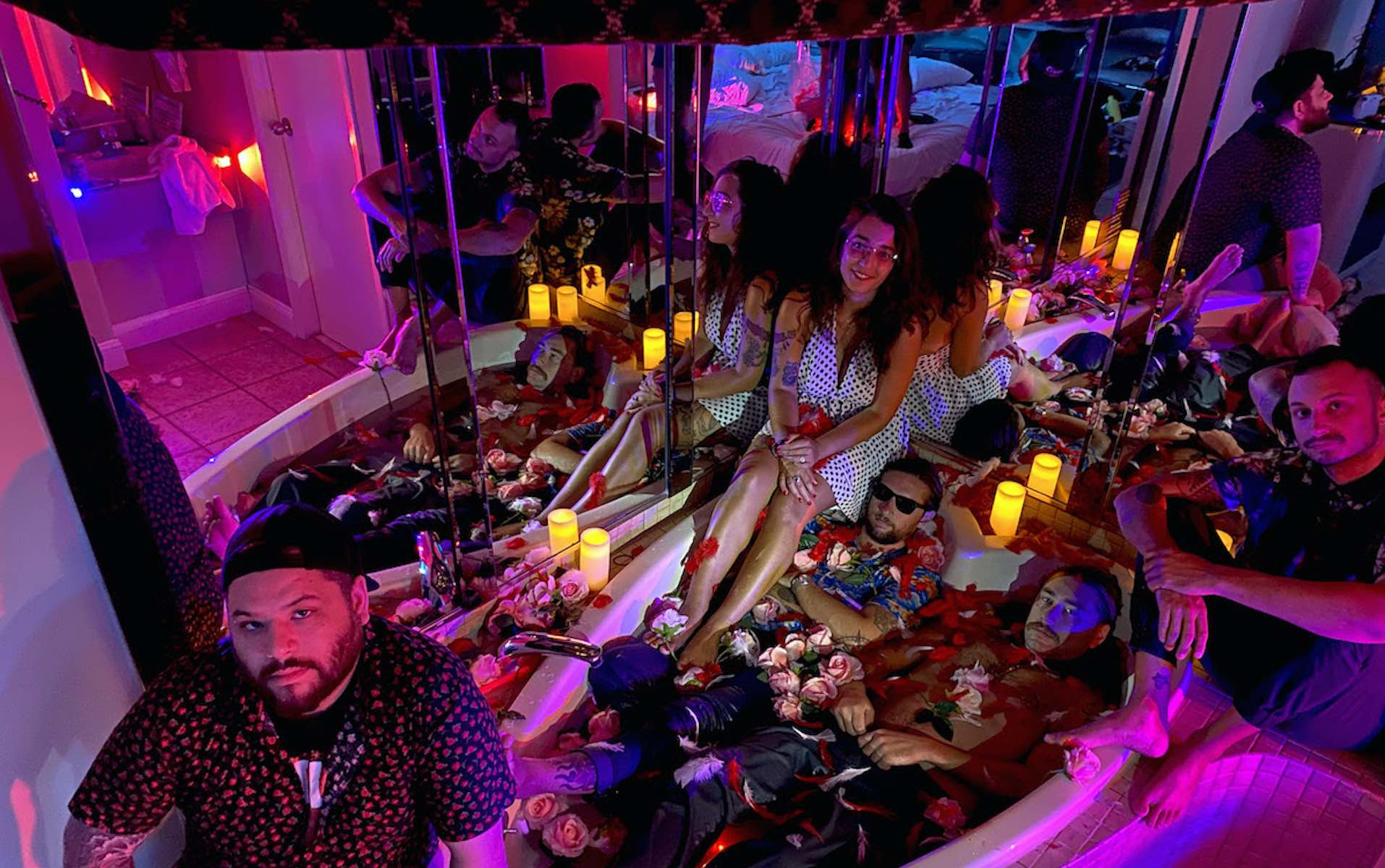 One of the great debates facing the nation in the week ahead centers around family dinners — more specifically, whether or not we’ll all be actually having one IRL as Thanksgiving goes head-to-head with the pandemic age. One such Family Dinner that’s not up for debate, at least at the moment, is the Long Island alt-rock band, whose explosive new track “You’re So Cool” has got us reaching back for a heavy serving of ’90s nostalgia.

“You’re So Cool” was inspired by ‘90s crime films like True Romance and Natural Born Killers, and is the title track of Family Dinner’s debut EP, recorded with Brett Romnes (The Movielife, I Am The Avalanche) at New Jersey’s Barbershop Studios. It’s set for a February 12 release — giving us something to look forward to way past Thanksgiving.

Family Dinner singer Natalie Simonelli tells Blackbook this about the new jam: “It’s an upbeat, fun, hard hitting rock song juxtaposed with dark lyrics telling the tale of two people on the run after committing murder… and you thought your significant other was a ride or die? This is definitely not your average love song.”

This isn’t your average Family Dinner, either. Hit play on the “You’re So Cool” video, directed and edited by Christian Flashman, and figure out how to handle those Thanksgiving invitations.