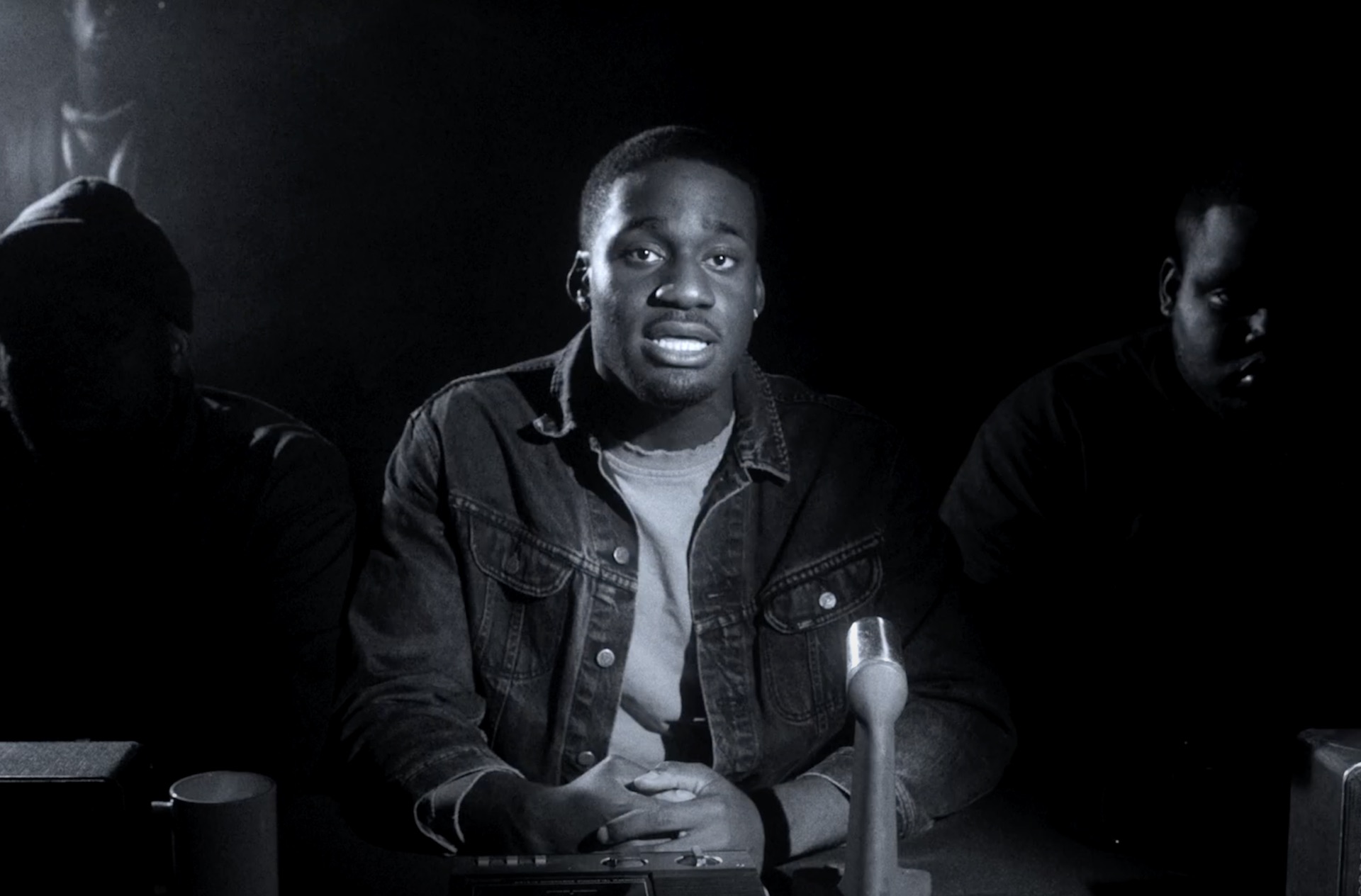 Saint Lyor’s new music video isn’t an image — it’s a full-on cinematic drama. For his newest visual released this month, the Brockton rapper puts his bars where he knows they belong, broadcast to TV screens in homes across the country. The video follows Saint Lyor’s full-length album IF MY SINS COULD TALK, which dropped earlier this spring and established his uniquely animated delivery on both a local and national scale. But even on the record, “This Is Not An Image” remained one of Saint Lyor’s more uncharacteristically stoic offerings, especially in comparison to bouncy tracks like “Aunt Jemima” or “Aliens Exist.”

“This shit ain’t an image, it’s a story that I’m telling,” he raps, as the vid’s narrative takes a (fictional) darker turn against a backdrop of Saint Lyor’s fellow members of Van Buren.

See where Saint Lyor ends up in the not-so-true crime clip below.