‘Freaky’ Review: This body-swap horror is a delight 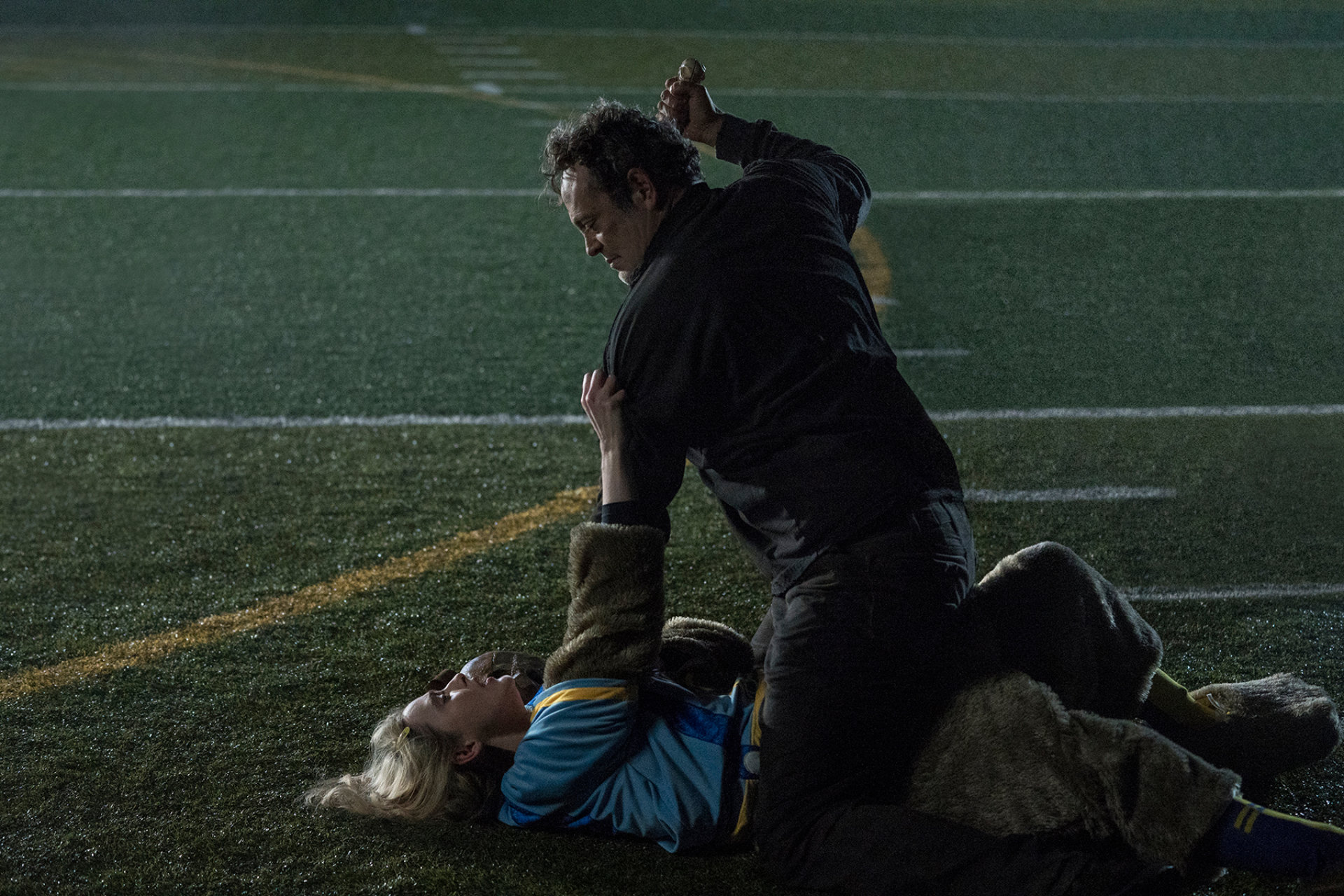 I don’t blame anyone for having outright dismissed Christopher Landon’s Freaky based on its trailer, which seemed to imply some pretty shitty things. A body-swap comedy is already a weird and fraught thing, especially in an age in which we’re actively confronting and challenging gender norms, and it would have been very, very easy to fuck up: The closest antecedents to this particular genre usually involve swaps of the same gender, though they’re more about putting a child in the role of an adult and the other way around rather than, you know, putting a cis-gendered man (who happens to also be a nearly-mythic serial killer) into a young woman’s body. Horror can often take a blunt sledgehammer to things — it’s what makes it a great genre, honestly, given that it’s free of the politeness that can often kneecap drama and prevent it from truly going to transgressive and/or interesting places — but it all really depends on how said sledgehammer is wielded and by who. Happily, Freaky is a really solid film, with a great, heartfelt script and two excellent performances by Vince Vaughn and Kathryn Newton. Oh, and it’s got some of the most righteous gore of any film released this year, so there is that.

High schooler Millie (Kathryn Newton) is having a rough year, to say the least. Her home life is fractious and strained in the wake of her father’s passing, and a large rift has developed between her depressed mother and cop sister that casts a weird pallor over their household. She’s not particularly popular at school, though she does have two close friends, Josh (Misha Osherovich) and Nyla (Celeste O’Connor) to help her fend off whatever bullies come her way, though that doesn’t totally stop the torment. Her sleepy town, Blissfield, is gearing up for homecoming, but an urban legend undermines the festivities — apparently, whenever the football, drinking and fucking-centered holiday arrives for high schoolers, a masked serial killer known as the Blissfield Butcher (Vince Vaughn) makes an appearance, and, sure enough, in the opening minutes of the film, the killer murders his way through a high school party at a large mansion and takes an exotic dagger with him. The next night, following the game, the Butcher attacks Millie, and nearly kills her with the antique knife, which has a mystical power unbeknownst to its wielder.

The next morning, Millie wakes up inside the Butcher’s body in the dumpy little warehouse that he lives in, and the Butcher wakes up in Millie’s bedroom, in her body, staring at the Panic! at the Disco poster affixed to her pink wall. Millie freaks out, especially since there’s a well-drawn police sketch of the Butcher being broadcast on every TV station, and turns to her friends to help, which, after some convincing, they agree to do. They wind up discovering that the knife is an ancient Aztec artifact that causes the user to swap bodies with the victim, which is initially temporary, but it’ll become permanent at midnight. Meanwhile, the Butcher’s discovered that he has access to a veritable buffet of victims at the local high school, and sets about doing his dirty deeds, as Millie and her friends try to stop him and get her body back.

For those wondering, Freaky does feel like a spirtual cousin to the Happy Death Day films, beyond the fact that it lifted a comedy premise — Freaky Friday for the former, Groundhog Day for the latter — and it really works well, despite being its very clearly its own thing. Landon’s style of breezy, gory, yet meaningful horror carries over nicely into this particular type of plot, and it’s a joy to watch, recalling the best of both the high-school slasher genre and teen movies while doing something completely its own. I can understand and empathize with the concern that a number of people had about the gender and sexual politics of the body-swap as they’re applied here, and, as a cis dude, my thoughts on this aspect of the subject matter should come far behind those of trans critics, who will be able to read the film in a different dimension than I ever could, and I hope you seek those voices out in addition to mine. However, as far as my opinion is concerned, aside from one or two misplayed jokes at the very end of the film, it comes off as innocuous as Jack Black’s work in the new Jumanji films, and I’d argue there’s much, much less fault here than, say, having Black imitating the voice of an African-American teen as he did for much of the sequel’s runtime.

Similarly, Vaughn and Newton are wonderful here, the former’s performance never devolves into the kind of low comedy histrionics that normally define a role like this one, and the latter is able to be genuinely creepy. That’s partially thanks to the strong writing from Landon and co-writer Michael Kennedy, who are able to mine horror, pathos, and comedy from Millie’s predicament, oftentimes in the same scene. A moment in which the body-swapped Millie, concealed from view in the changing room at a TJ Maxx-like store, talks with her widowed mother about how much she misses her dad hits some really strong emotional notes, as her mom begins to empathize with her and talk with her about both of their struggles in a real way, free of the walls that they’ve built up is a stand-out scene for Vaughn, demonstrating his ability to turn in really fundamentally-strong work as a character actor, and not just a comedian. Within a minute, though, the conversation pivots to Millie’s mom asking the stranger out on a date, and Landon and Vaughn shift effortlessly into truly awkward comedy as Millie tries to let her mother down easily. There are other scenes like this one, each of which I’ll let you discover on your own, but let’s be very clear: This isn’t an S. Craig Zahler film and had Vaughn’s recent filmography not been mostly comprised of his collaborations with that filmmaker (or had Landon made the Blissfield Butcher into a Jason Voorhees-like magical reanimated killer), perhaps Freaky‘s trailer might have been received somewhat better.

That said, it’s still one hell of a horror film, too. The kills are unexpectedly brutal here, with Landon clearly relishing the fact that he’s off the PG-13 leash initially put on him by Happy Death Day, and you’ll be stunned at both how bloody and inventive the take on slasher violence is here. If you’ve ever wanted to watch a dude get a wine bottle stuffed down his throat until it bursts and sends shards of glass through the skin of his neck, well, you’re in luck: That shit happens in the first 10 minutes! The gore effects are shockingly well-realized, with Savini-Esque make-up that’s as realistic as it is outlandish. There’s only one notable CGI effect here, at least as the kills are concerned, and it’s used well enough to justify its inclusion. Even better is the freewheeling way in which Landon sets up the victims, including a fun nod to Ferris Bueller in the casting that pays off in the film’s centerpiece kill. But, again, the focus on pathos makes the film means something, and even though I don’t get particularly scared by horror anymore, I was still deeply anxious and invested in Millie’s quest to get her body back from the killer. Funny what a little writing can do, huh? Anyway, Freaky is a lot of fun, and it really proves Landon’s strategy of reappropriating comedy premises into horror films works as intended. I just hope he tackles something like Big next. God, that would be terrifying.