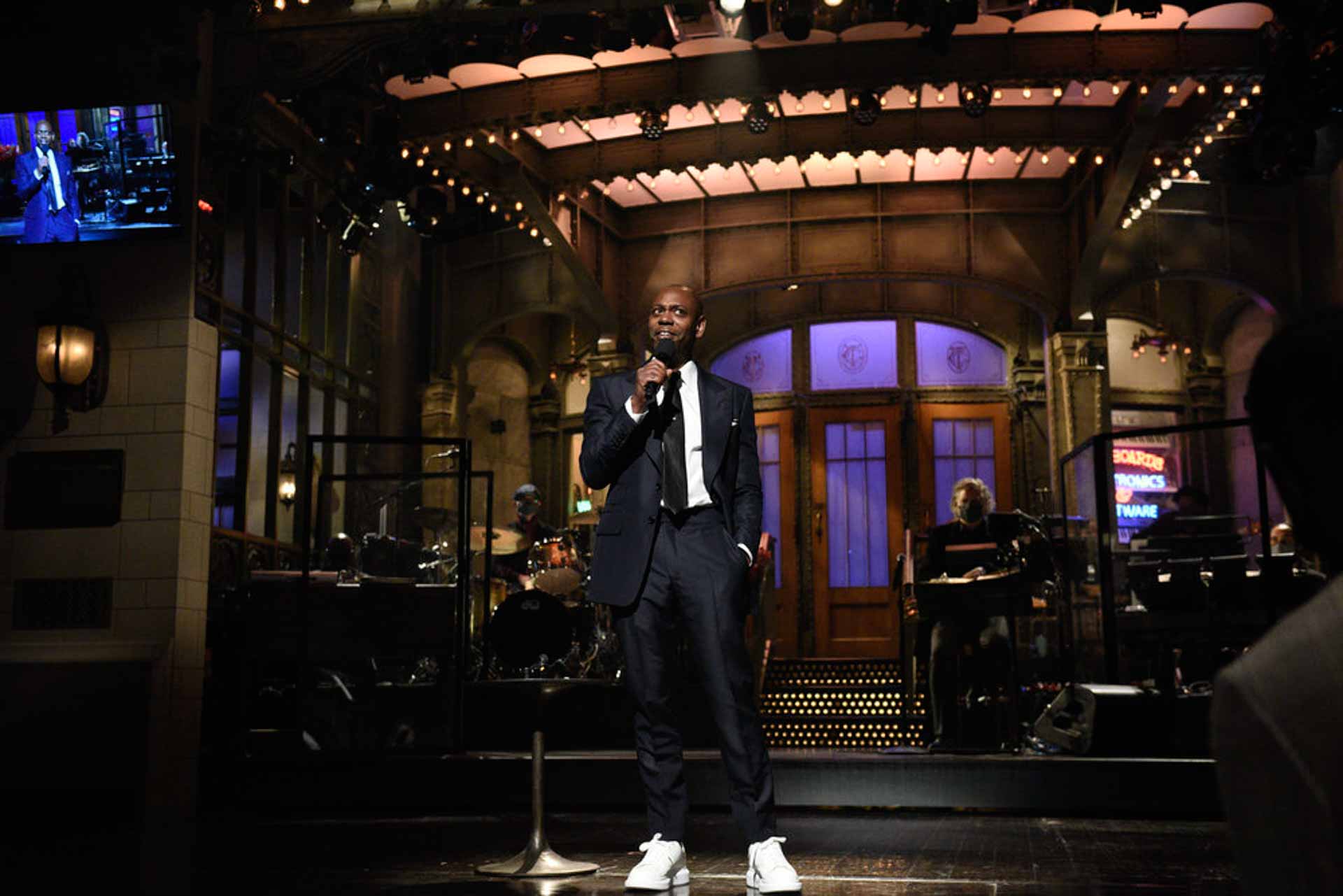 A lot has certainly changed since the last time Dave Chappelle hosted Saturday Night Live following the 2016 presidential election. But four years later, one thing that certainly hasn’t changed is Chappelle himself — and for that, we are grateful.

With a collective sense of relief, and a nice little dash of deja vu in the air, the comedy icon returned to the hosting slot in an attempt to once again help the country process the emotional rollercoaster that ensued over the last week. While his 16-and-a-half minute monologue was rife with the kind of Chappellian vim and vigor that has garnered him as much criticism as it has adulation over the years, Chappelle unapologetically went for the throat on numerous occasions, with much of his artillery taking aim at the downfalls of white America and, of course, the exiting president.

But while he may very well have racked up a hefty case with the FCC (surely to Lorne Michaels’ chagrin, judging by the numerous glances into the crowd) and made the comparison between the inevitability of President Trump contracting COVID-19 and Freddie Mercury’s AIDS diagnosis, Chappelle kept it fairly middle-of-the-road, and largely impassioned, when it came to offering advice on how to compose ourselves over the next four years, before a mic drop moment as he wrapped it up in a way that only Chappelle can.

“For all those white people that feel that pain, that anguish, and they’re mad because they think nobody cares, and maybe they don’t, but let me tell you something, I know how that feels,” Chappelle told the crowd. “If you’re a police officer, and every time you put your uniform on, you feel like you have a target on your back, and you’re appalled by the ingratitude that people have when you would risk your life to save them, believe me I know how that feels. Everyone knows how that feels, but here’s the difference between me and you. You guys hate each other for that, and I don’t hate anybody. I just hate that feeling.”

Check out the full monologue below.