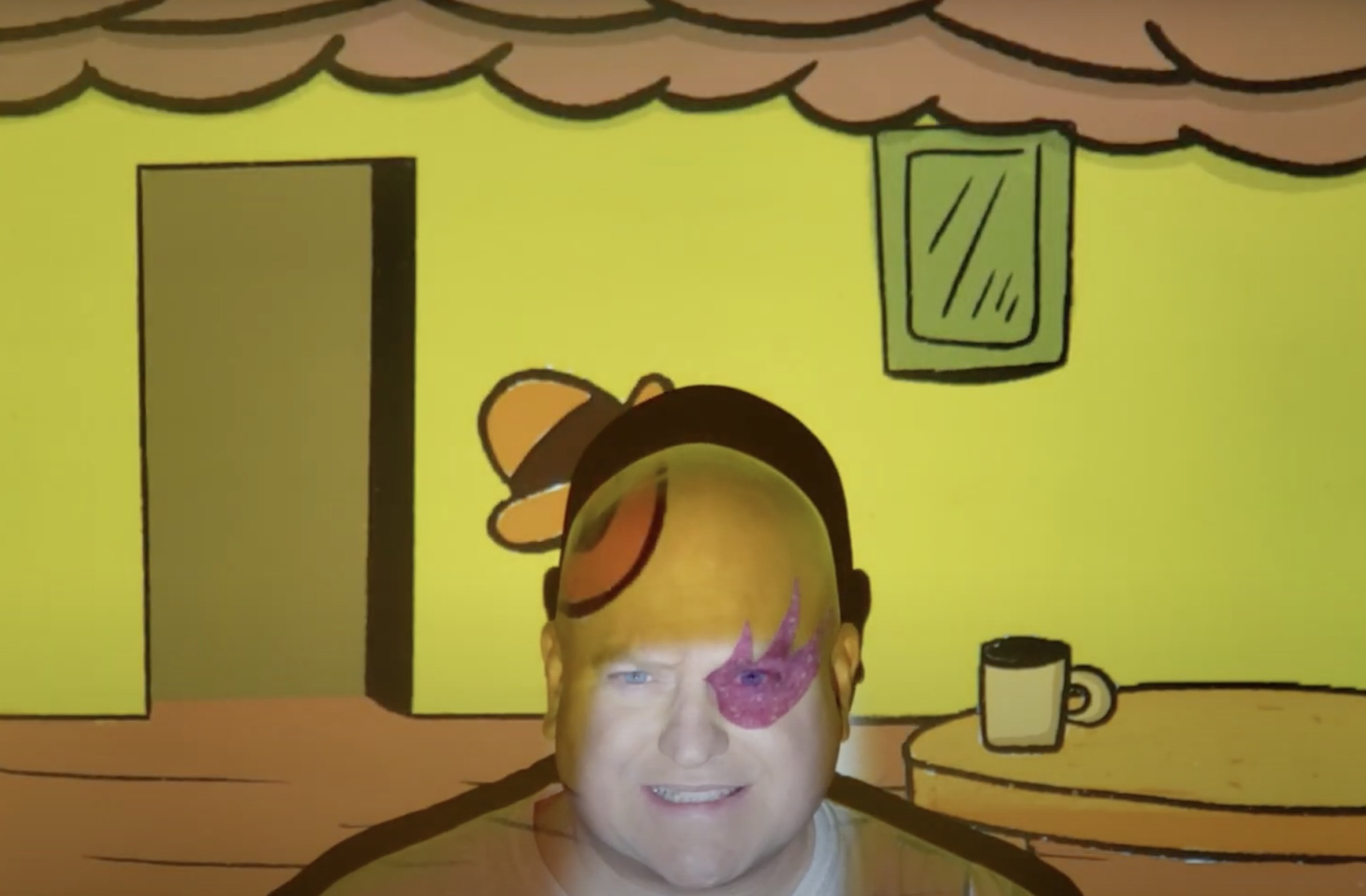 If Sidewalk Driver told you that everything was good, would you believe them? Actually, if anyone told you that things were peachy, would you believe them? The sentiments seems almost incomprehensible at this point in the year, as most folks teeter on the edge of exhaustion and madness, but with their new video “‘Everything’s Good,” the Boston band forges ahead in the face of 2020’s hellfire.

“I guess I’m just another time bomb / but I keep grinning,” vocalist Tad McKitterick divulges in the visual against a backdrop of prerecorded instrumental clips from his bandmates. Completed and filmed during quarantine, “Everything’s Good” stitches together each member’s parts with various demolition/car crash/catastrophe videos, a not-so-subtle analogy for how everyone’s mental state is holding up. The most notable effect, of course, inserts McKitterick into the widely-recognized and regrettably relatable “this is fine” meme, as pictured above.

“I was inspired to write ‘Everything’s Good’ because sometimes lightbulbs burn out, fire stations catch fire, and tow trucks break down,” shares McKitterick. “A lot of us prop ourselves up everyday for the sake of others and that’s okay to an extent, but it’s not sustainable. It’s hard for some people to seek help, but they gotta know that they aren’t alone.”

“When the pandemic hit and we realized everyone would be in lockdown for a while, we knew this was the right song for a topical remote project,” adds guitarist and singer Kate Murdoch. “Whether it’s because of the loss of a loved one, anger and frustration over human rights issues, a breakup, political turmoil, or just general malaise, I think everyone can relate to that feeling of just trying to hold it together right now.”

The final frames of the video share information for contacting the National Alliance on Mental Illness (NAMI), America’s largest grassroots organization “dedicated to building better lives for the millions of Americans affected by mental illness.” While Sidewalk Driver wanted to offer resources for anyone who might be mentally or emotionally struggling right now, highlighting NAMI specifically was a deliberate choice for the band.

“It’s not just for people who are suicidal,” McKitterick notes. “They help put people in touch with all kinds of services, from mental health to housing to medical to food banks, etc. A lot of people aren’t necessarily suicidal but are still struggling and need to be put in touch with people who can help them.”

The initiative adds another dimension to the video’s message: Even when everything isn’t going well, knowledgeable people are on the other end of the phone line or computer screen, waiting to help. And that is really, really good news, indeed. Press play below.