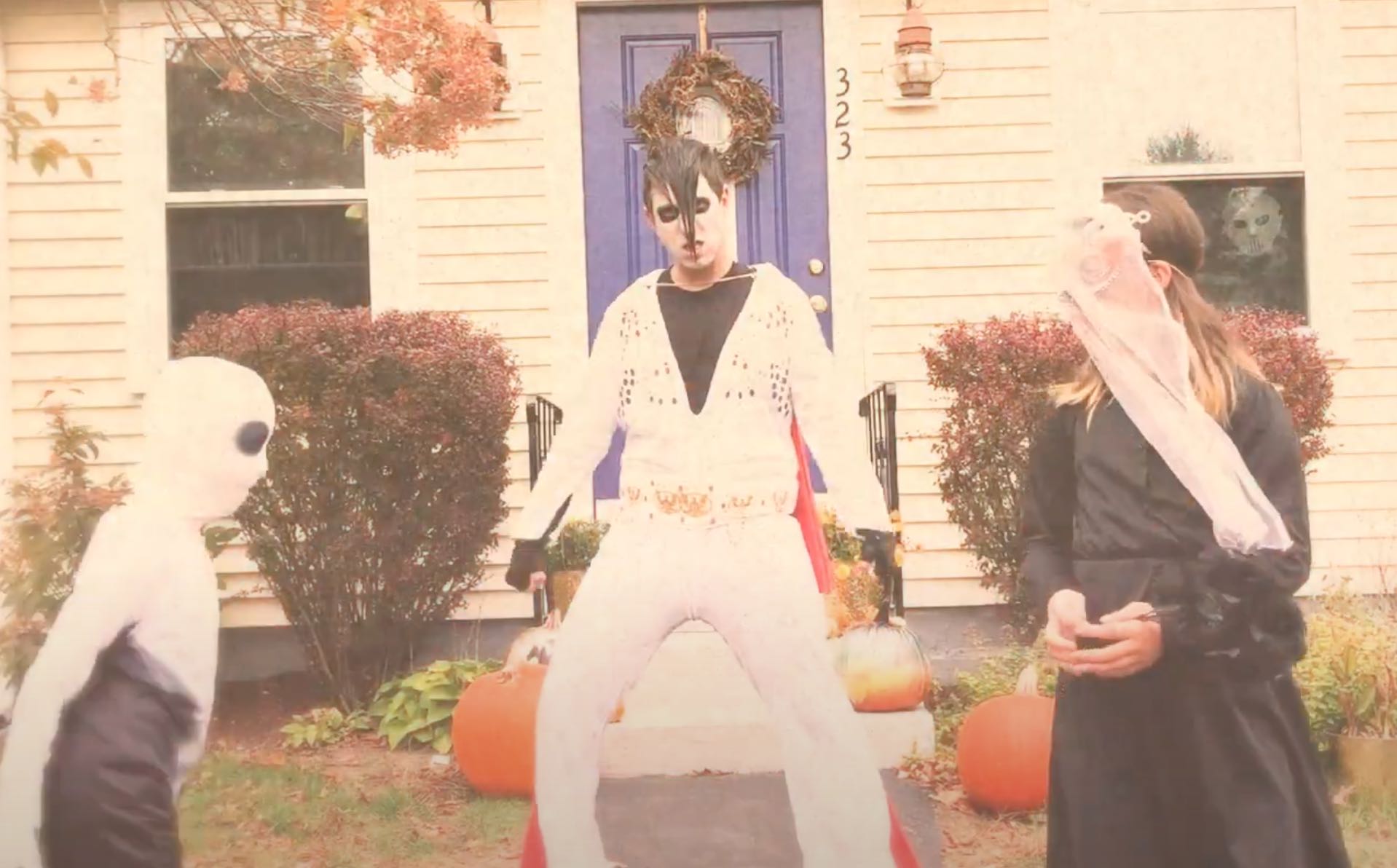 Remember Halloween? The greatest holiday of the year arrives tomorrow (October 31), and by this time around Boston, we’d have seen at least a half-dozen Misfits live cover sets across our great network of venues. All of that has been wiped away by the pandemic, but even in times of depression and danger, it’s true that Glenn Danzig is forever.

So what’s a guy in a Vegas-era Elvis Presley costume and perfect devilock to do? Bust out some covers, and enlist the family to help out with the video. Enter Boston’s J/Q, who give us the Misfits cover we all really need with a spooky-synth rendition of “London Dungeon.” The original track, released in 1981, was written by Danzig and guitarist Bobby Steele during their time in a British jail after getting into a fight while on tour in the United Kingdom with The Damned. So its themes of quarantine and isolation are pretty relevant in this miserable 2020.

The video for J/Q’s cover features frontman Johnny Northrup, he of local Party Bois fame, dressed up as an Elvis-inspired Danzig, working out on his front lawn, standing proudly on tree stumps, and just doing spooky-ass things out in some Massachusetts town while some walking corpses and unholy living dead… err, his family… dance and pogo around him.

“What happened here was our synth player Brian Kubota came up with the idea to do a ‘Synthfits’ cover and mapped it out in like two days,” Northrup tells Vanyaland. “We all jumped on it remotely and had the track down in like a week. I shot the video footage last Sunday (with my whole fam as the film crew). Our other synth player Alex Hartman mixed it with the rest of us on zoom chiming in on details while our drummer Q edited the video. Now it’s out bada-bing. Two weeks — soup to nuts. The most productive two weeks we’ve ever had probably.

Ain’t no mystery why we’re all in misery, so fire up J/Q’s “London Dungeon” below in both Bandcamp and video form.