Young Riot puts ‘Pain from 96’ behind him in new video 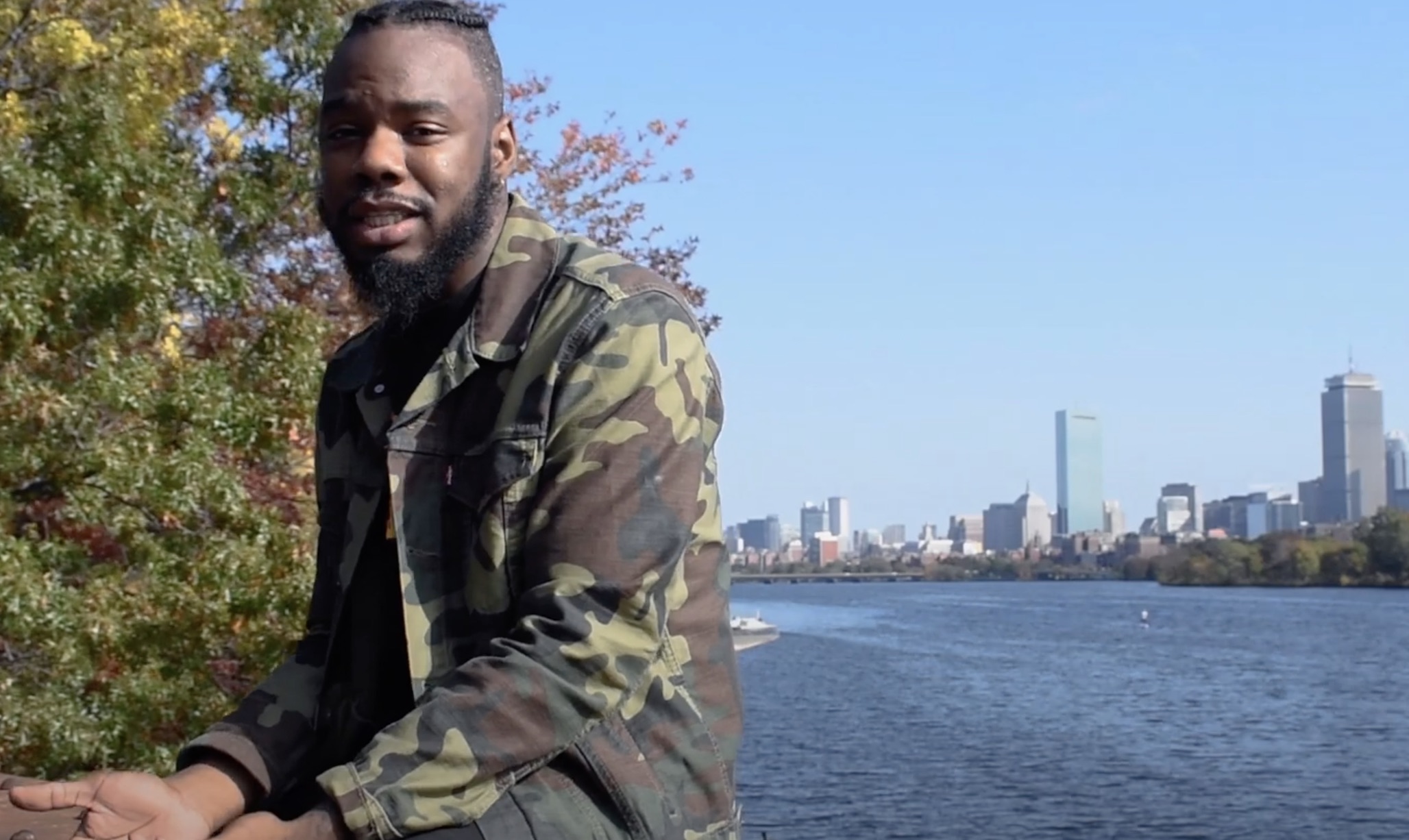 If Young Riot has to recall “Pain from 96,” he does it at North Point Park, against a backdrop of the promising sheen of downtown Boston. The Dorchester rapper released a new music video in support of his recent album Poolside yesterday (October 27), retracing his roots throughout the city he’s lived in his entire life.

“It’s never been easy for us… you deal with it as it comes,” he speaks to introduce the video, followed by the song’s first bars: “Started with a dream and I pray it go well / Ain’t have a place to call my home until I was 12.”

The 96 in “Pain from 96” references the number of the building he was raised in, but that specific spot in Dorchester doesn’t make an appearance. Instead, Young Riot retells his story along the Charles River or near the BU Bridge (“I knew it had lots of graffiti, so it looks gritty, which is the look I was looking for to represent metaphorically the slums or the ghetto,” he notes).

“I feel like this song summarizes the story of my life up until this point,” he explains to Vanyaland. “It’s [96] also the number of the building I grew up in, which is why I named the album Poolside — ’cause that’s what we call one side of the neighborhood where I was raised.”

Now with his first prayer long gone in the rearview, Young Riot’s video represents the first piece of his still-unfolding success story, much of which is documented in the 14 tracks of his summer 2020 album. Undoubtedly, more challenges await on the other side of Poolside, but when he greets them, he’ll be revved up enough to face every stumbling block in his way. “What I want people to take away from this song is resilience — we all go through tough times but we have to keep pushing through it,” he emphasizes.

Tap into Young Riot’s life below.