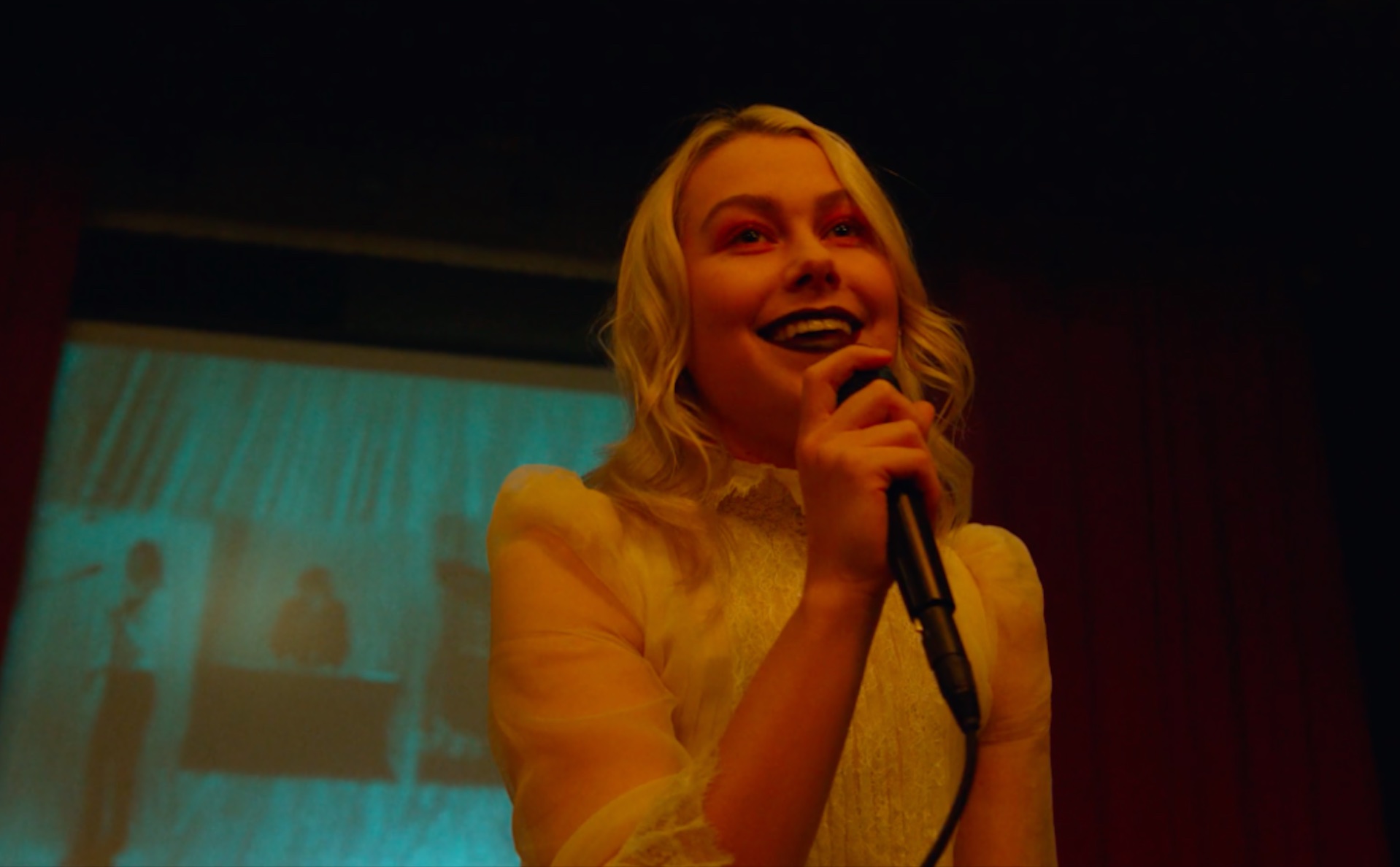 By the time the late-night talk show circuit aired on television last night (September 29), chances are American audiences were a bit burned out after the shitshow of a presidential debate. Those who stuck it out, either from insomnia or other after-effects from what transpired earlier, were in for a treat if they stumbled upon NBC and Late Night With Seth Meyers. On the show, Phoebe Bridgers performed “I Know The End”, the closing track to her acclaimed June album Punisher, and it was one hell of a spectacle.

The single-take performance was pre-recorded, live from what’s described as a “haunted theater” in Covina, California. But regardless of any apparitions, Bridgers laying it all out in an empty theatre is so very on brand for 2020. Meyers admitted before the tape rolled that this new era of social distancing has brought a new, almost cinematic element to the traditional late-night tv musical performance, and Bridgers delivered just that.

“It really has been a bummer to have some of your favorite musicians, favorite bands booked on the show and not have them here live,” the host offered as he was introducing Bridgers. “But I really want to say over the course of this time that we’ve been doing remote shows and now being back in the studio without our guests being here, musicians who have been booked on this show and other shows, they’ve done such an incredible job of filming their musical performances in cool and inventive ways. This is such a wonderful example of that.”

It rules, like most things involving Phoebe Bridgers. Watch it below.