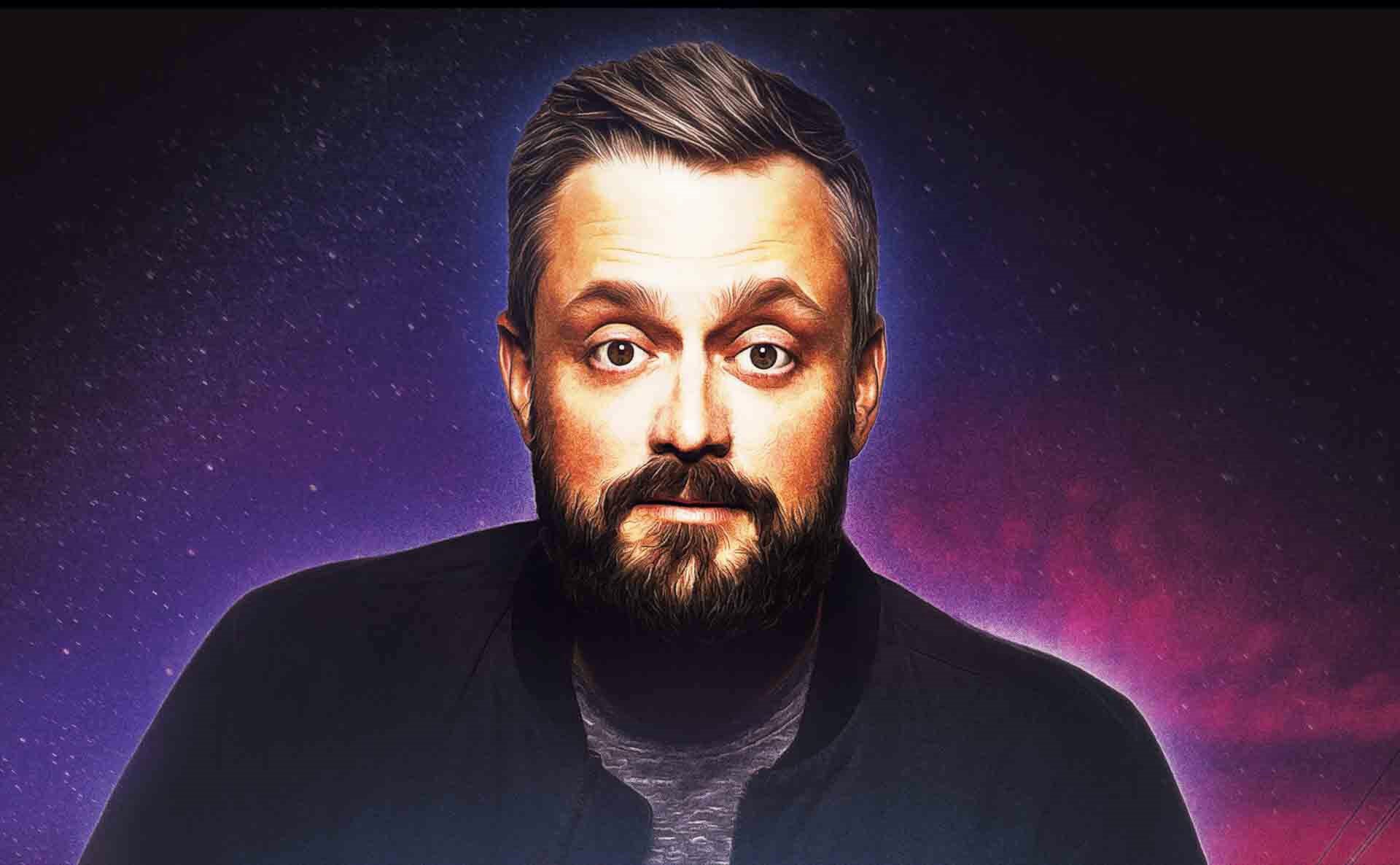 The last time Nate Bargatze performed stand-up in front of a live crowd before the COVID-19 shutdowns ensued was mid-March in New Jersey. Now, after six month away the stage, he’s returning to his rightful spot behind the mic, but things will be a bit different this time.

In this case, different is exciting for Bargatze.

Bringing his One Night Only tour to Yarmouth Drive-in on Sunday (September 27), Bargatze is pumped to finally get back on stage. Now, while the joke-telling leads the charge of his excitement, as he continues to work toward shooting his next special, the new format makes it all the more enticing for the former Boston Comedy Festival champion.

“Hopefully this is a once in a lifetime pandemic, but I’m glad we’re able to do these shows with all of these different kinds of adjustments, so I’m super excited,” Bargatze tells Vanyaland. “This is the longest I’ve ever gone without performing, so I will be pumped to just get back out there and tell some jokes. That’s my job, and I’m excited to get back to work.”

The format that Bargatze will find himself in for this tour is unique, but the feedback he’s gotten from comics that have taken the leap into the new normal in front of drive-in audiences before him is pretty much the same. While he knows that it may be a bit of a challenge at the start, Bargatze is honestly stoked to get people out of their houses and have a fun night of “dumb comedy” right alongside them, and he’s confident he has the tools to get the job done.

“We rely so much on hearing the audience, because the timing is based on the laughter and the energy of the crowd,” says Bargatze. “So this will definitely be something different, but I’ll figure it out. I’ve done shows outside before where you can’t really hear the audience too well, but you just have to get into a rhythm of it and roll with it. It’s something I’m excited to take on now, and being a 17-year comedian, I think I know how to do it.”

While the time away from the stage has certainly made his writing process a bit different from what he’s used to, and pushed back some of his plans for the year, Bargatze is looking forward to sharing new material. Beyond that, he’s hoping his new hour, which will partly touch on COVID-19, will just help everyone shut off from everything going on in the news for a little bit and enjoy themselves.

“I was looking to tape another special this year, so I already had my new hour of material built up, which was kind of a blessing,” says Bargatze. “It wasn’t like I was in this mode of trying to get this material together, so it’s great that I’m at least going back on the road with a bunch of new jokes that I was already planning on doing. I’ve got some COVID jokes, but not a ton. I’m not going to do just an hour of COVID material, so I hope I can just give everyone a break.”

At first, Bargatze was approaching his return to the stage in somewhat of a business-as-usual fashion. But what he later realized is that comedy, in these uncertain times, has taken on much more of a role as a therapeutic release for people than he had realized. With that in mind, he’s even more excited than before to get back on stage and hear people laugh for the first time in a very long time.

“Everyone has been going through a hard time, and just to see them take a break from their own worries is more fulfilling than I had realized. At first, you think you’re just telling jokes, but now, even though you’re not really doing anything special, it just feels great to make people laugh and help them have fun.”