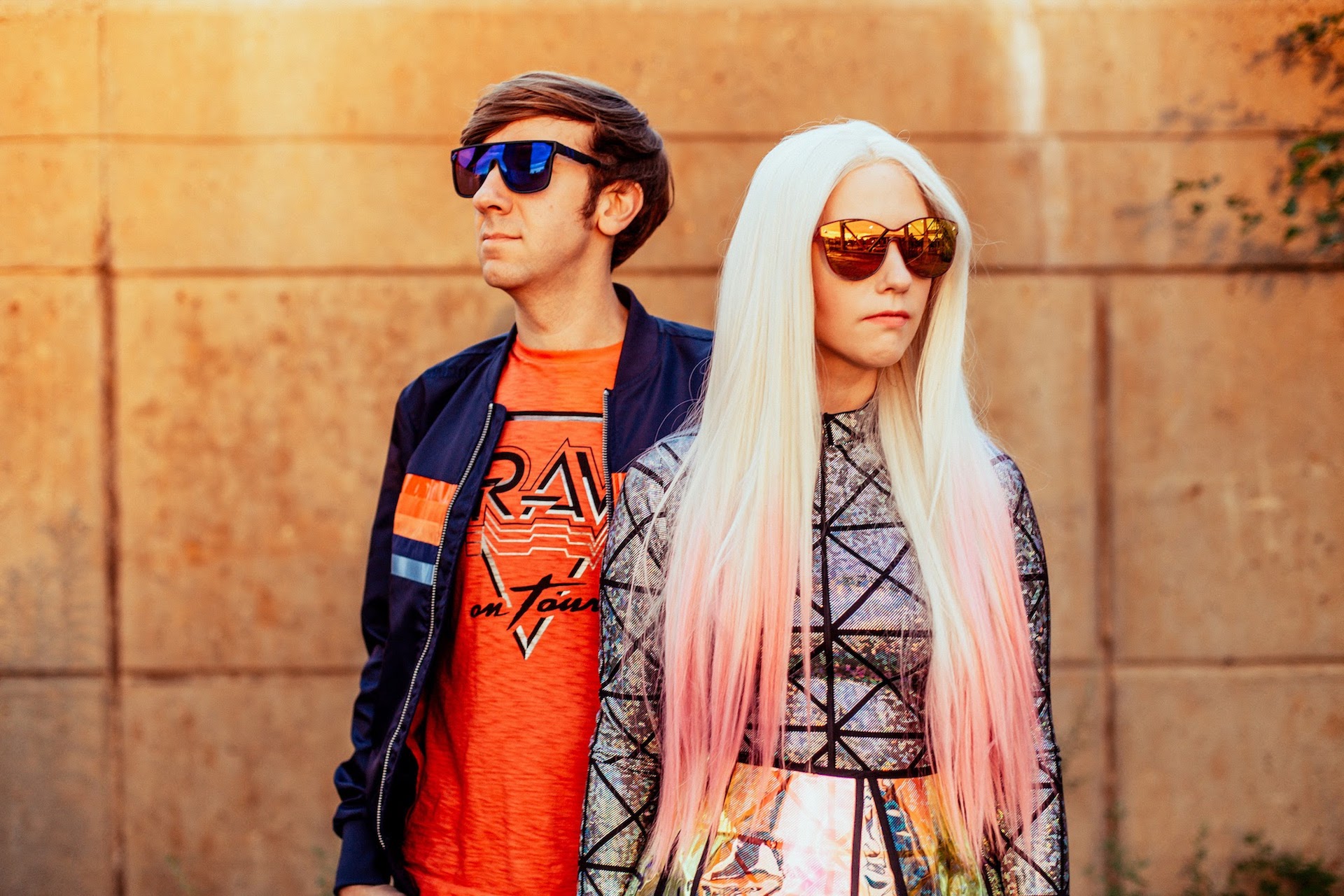 Before the world closed in mid-March, Telelectrix made a music video that was a pure feat of firsts.

The group’s first tune with Kate Lindsay offering lead vocals, their first track 100-percent mixed by synth player Steve Borek, and their first tune to come out of Telelectrix’s home studio is all buttoned up in “Strobe,” a prismatic encapsulation of the Boston band’s luxurious electro-pop.

“This song is pretty special to us in a lot of ways and represents a new chapter for Telelectrix,” they tell Vanyaland.

The video dropped last night (September 17), harkening back to a time when 20-plus people could still safely bump elbows in the casual environment of a freight elevator. The visual, made with Slate Roof Films, was recorded in one 16-hour-day the weekend prior to Massachusetts’ March lockdown orders from Governor Baker.

“I’m not known to self-indulge,” Lindsay croons in the vid, but that’s precisely what “Strobe” is — an indulgent free-fall into lush synths, powered by keytar magic.

“As far as visuals go, we leaned on Slate Roof Films pretty heavily and trusted them with their expertise,” Lindsay explains. “The black and white wardrobe (playing into the light and dark theme of the song) isn’t something we tap into much for Telelectrix, as we’re generally a super colorful band, but it worked really well with the lights and scenes they put together. One of my favorite techniques they used was bringing actual prisms to the shoot that they held in front of the camera to create the refracted scenes you see in the video. I feel like you don’t see as many ‘in camera’ tricks (as opposed to being done in post [production]) these days, so I thought it was a really clever idea.”

That’s the nifty thing about “Strobe”: It captures so much live celebration that it almost feels like a treasured relic from “the before times” of six months ago.

Hit rewind and transport back to Telelectrix’s party below.