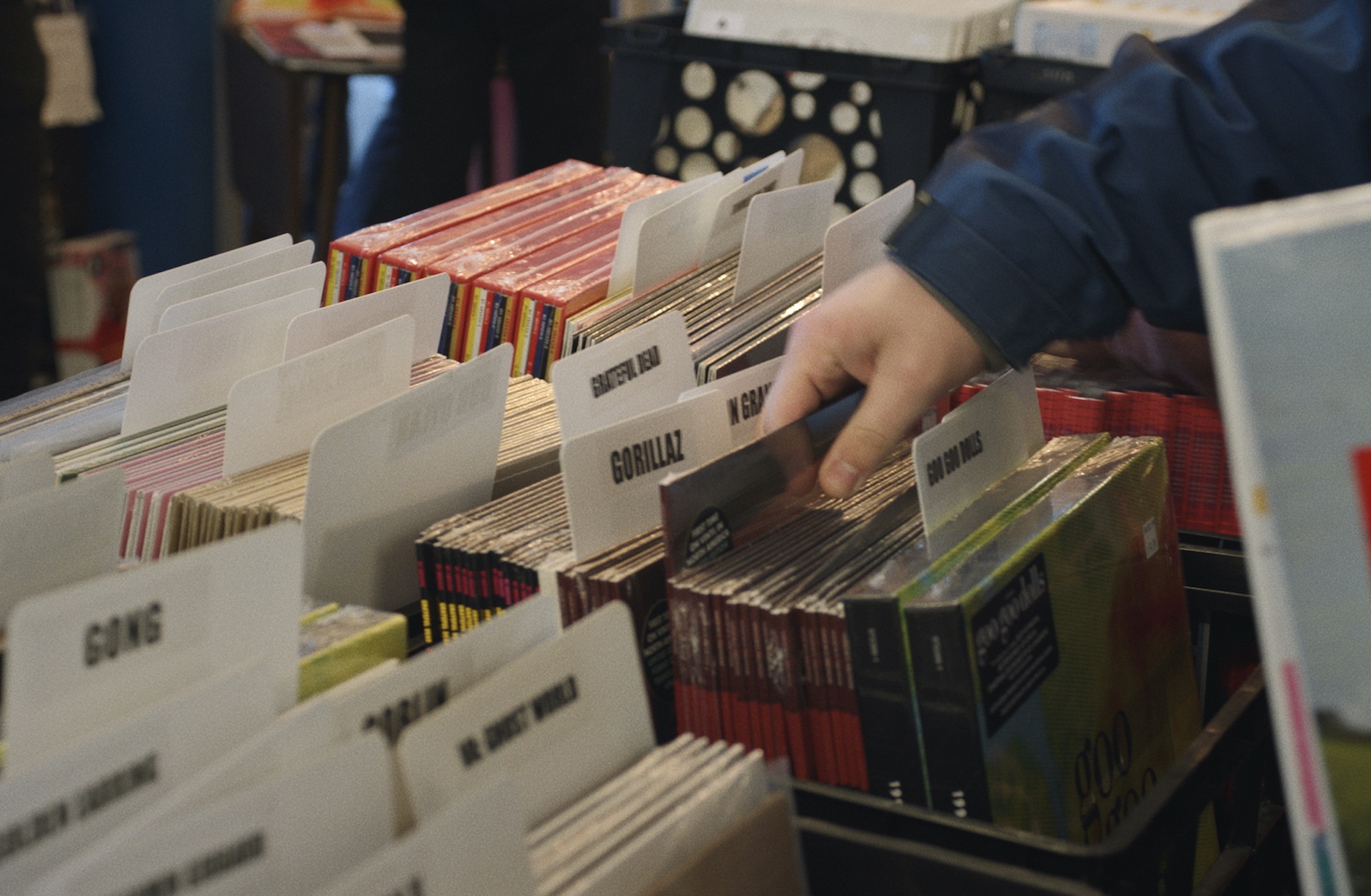 With one sentence, Vinyl Nation sums up what’s so magical about record hunting: “I’ve never been stunned to find an MP3,” explains musician Kelley Stoltz mid-documentary, in an effort to capture the whimsy of modern crate digging.

Spotify subscriber or not, it’s a point that’s nearly impossible to rebuke. Then Vinyl Nation piles on about 100 additional compelling arguments for the now in-fashion medium of consuming music.

Filmed last year, the new documentary by co-directors Kevin Smokler and Christopher Boone retraces the resurrection of vinyl records with care, answering the timeless “why bother?” query with voices of Americans from all walks of life. Most notably, the film uses those same interviews to shatter the illusion of an “elitist-only” record collecting culture, which perhaps remains the most harmful threat to the otherwise booming listening format.

The documentary opened “digitally” on August 28 through 100-plus ticket partners across America, deliberately coinciding with the fall slew of Record Store Day releases. As the 2020 edition of Record Store Day remains fractured into small launches, or “drops“, to help hinder the spread of COVID-19, the flick arrived at a pivotal moment for the industry.

Massachusetts businesses that are ticket partners include Cinema-Worcester, Cape Cinema, The Cabot Theater, and Somerville record store Vinyl Index. Starting today (September 11), Vinyl Nation is also available via The Brattle Theatre. Viewers can purchase a three-day rental of the film for $12; half of the ticket proceeds after platform fees will go to whichever business has been selected.

While Vinyl Nation doesn’t offer much that avid audiophiles don’t already know, it serves as an eye-opening experience for folks still stuck in streaming- or CD-only ruts. (Admittedly, though, learning Wayne Coyne filled select copies of The Flaming Lips and Heady Fwends with real blood is a titillating piece of trivia for the whole family.)

But above all, Vinyl Nation reminds collectors that there’s physical music awaiting them on the other side of 2020, packed and sealed in all their gatefold glory. For folks stuck at home, that just might be enough incentive to get them through the year.

View the complete list of ticket partners here, and check out the Vinyl Nation trailer below.