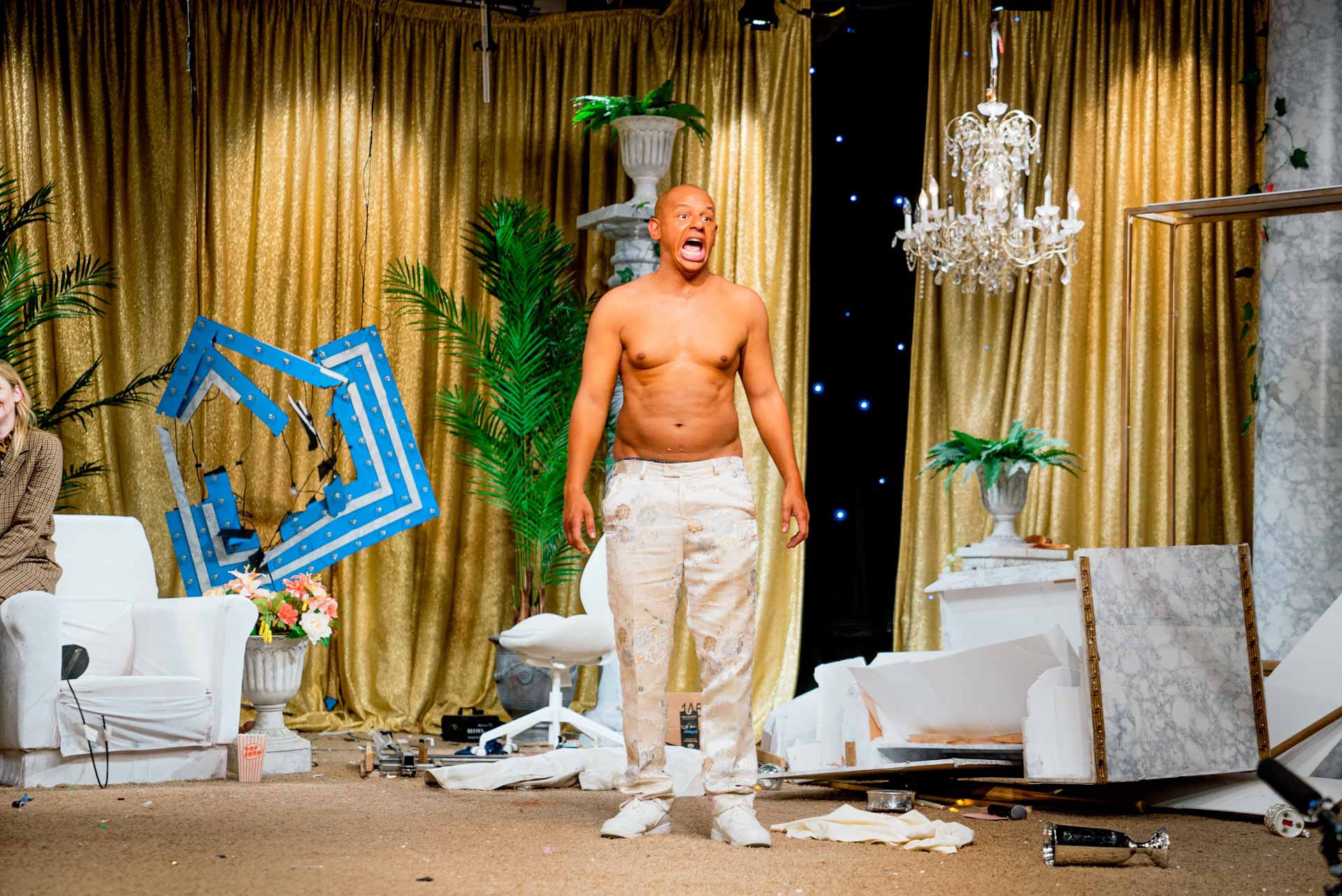 In the event that you were in need of any sort of additional chaos in your life, you should strap in now, because Eric Andre is back to deliver another round chock full of it.

In addition to Hannibal Buress returning alongside Andre as the show’s lethargic co-host, joining in on the orchestrated madness will be Felipe Esparza and Lakeith Stanfield, as a new lineup of celebrities, including Adam Rippon, Dermot Mulroney, Robin Givens and others meet Andre at the desk for a brand new slate of deliciously awkward interviews.