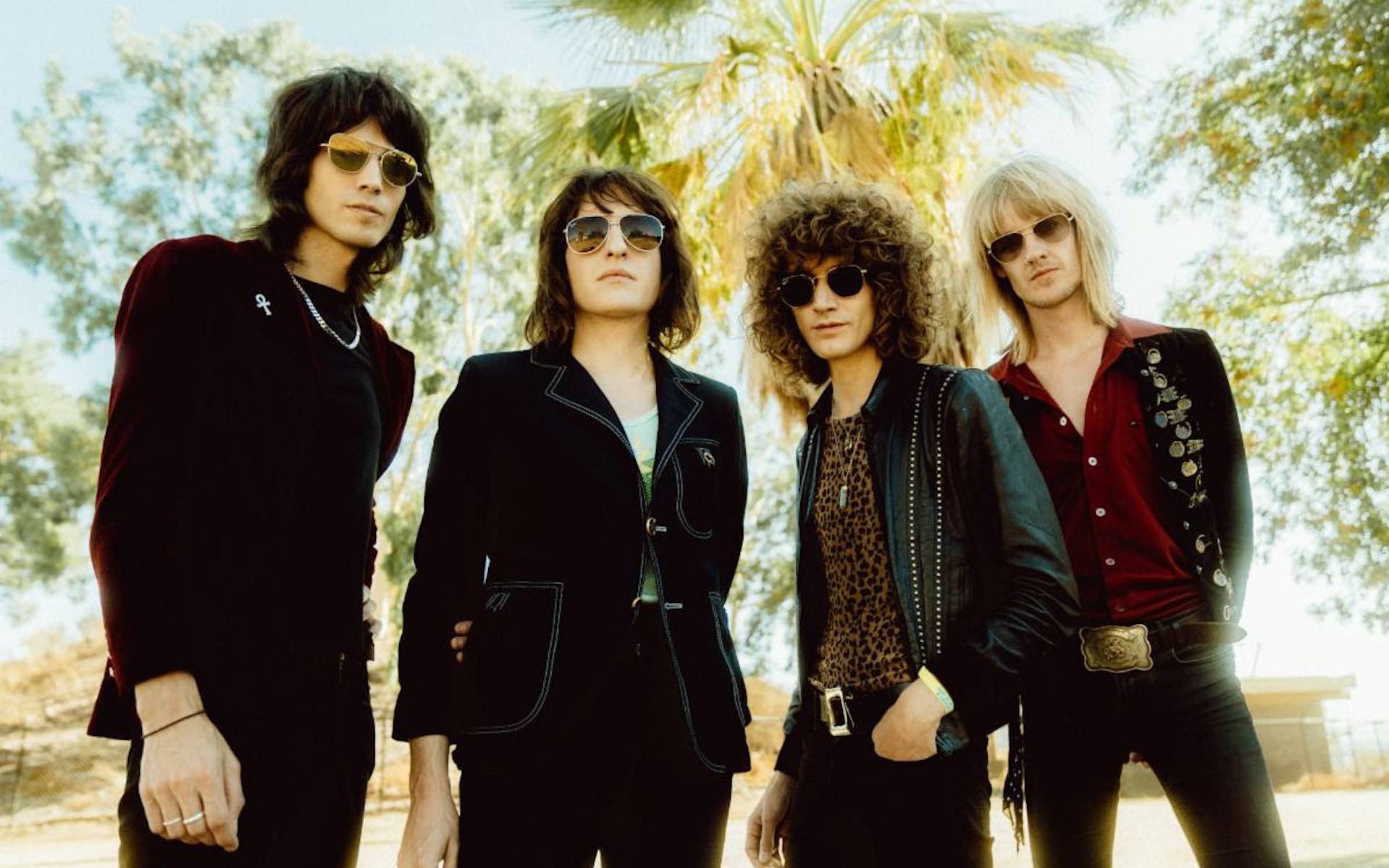 Less than a year out from their captivating psych-pop record Hot Motion, Temples are back with a galloping new single called “Paraphernalia.” The psychedelic British luminaries dropped the track this week, and it was produced by Sean Ono Lennon.

Temples singer and guitarist James Bagshaw says the lively “Paraphernalia”, which straddles a swirling line around psych-rock and disco, is all about the growing disconnect between reality and our lives spent online. “In an age of constant distraction, we all strive to find focus and a sense of calm,” says Bagshaw. “‘Paraphernalia’ questions the depth of ‘real’ connections in a digital world.”

Conversely, it was a real connection that led to the band’s relationship with Lennon. Temples were out on the road last October in support of Hot Motion, making a stop at California’s Desert Daze festival, where ATO labelmates’ The Claypool Lennon Delirium were also performing. The gang hit it off.

“I’d always been a fan of the band,” says Lennon. “Had seen them play some pretty great shows over the years… When I first heard the demo for ‘Paraphernalia’ I knew they had a great tune,” says Lennon.

Dude was right. Dive in below, and pre-order the forthcoming Paraphernalia 7-inch here.