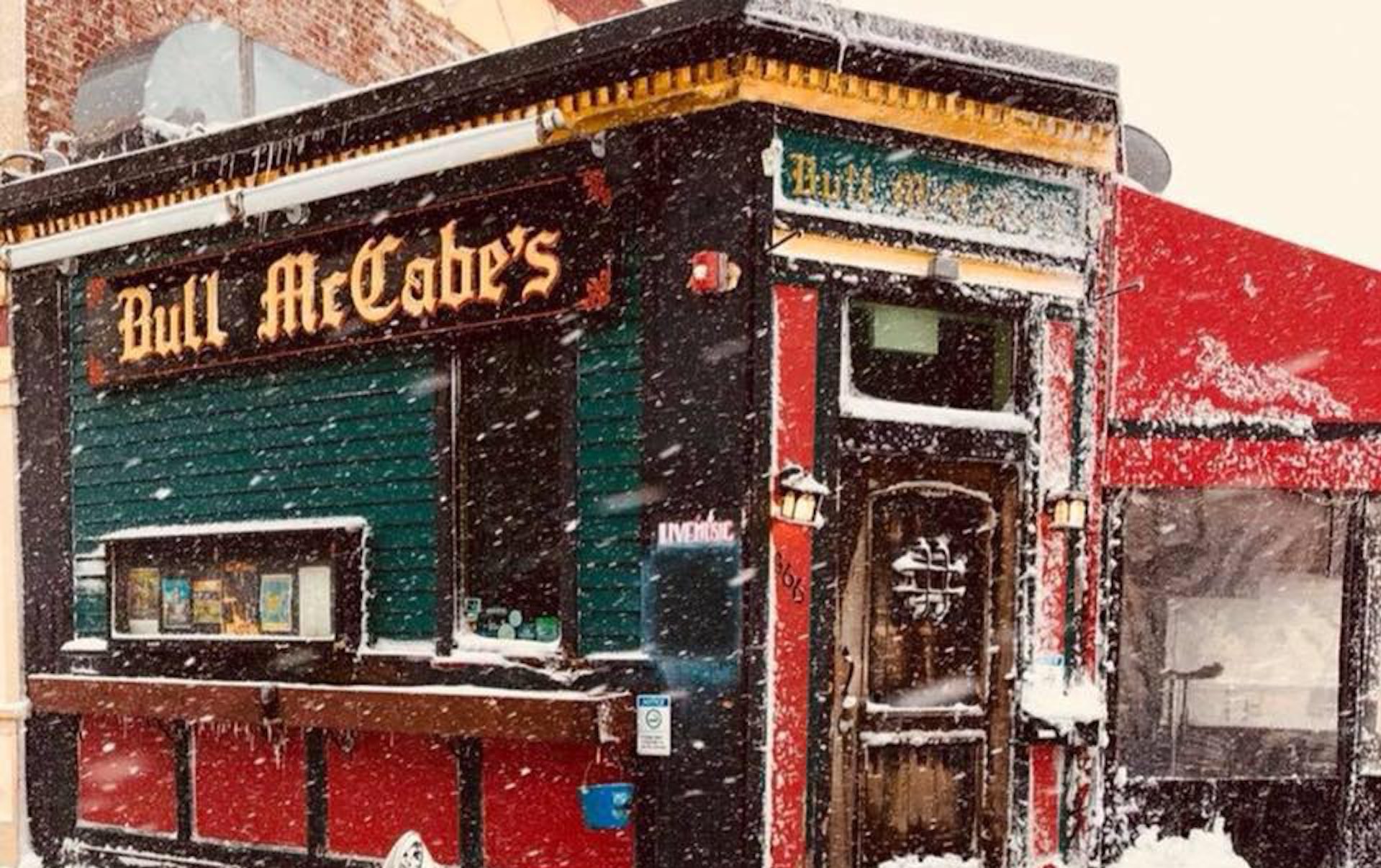 A few days after Thunder Road announced it was permanently closing, another independent bar and music stage in Somerville’s Union Square announced that it also will not re-open after the pandemic — Bull McCabe’s Pub.

“It is with a very heavy heart that I am writing to let you know that, after 12 years in Union Square, Bull McCabe’s will not be re-opening,” Manning writes. “The last six months have taken an incredible toll on all of us, and while the restaurant/bar/music venue industry as a whole has been decimated, Mom-and-Pop shops like ours, especially, have been crushed.”

Manning says Bull McCabe’s, a traditional Irish Pub located at 366 Somerville Ave. and host to a wide variety of local music and themed nights, would have faced additional challenges post-pandemic even as indoor venues would be allowed to welcome patrons. The uncertain future of indoor live music played a part in the decision, as did other factors related to pre-pandemic life in Union Square.

“We’re a 780 sq.-ft music venue, not easily-aligned with social distancing, and we have been struggling to stay afloat for a long time,” Manning adds. “Legal battles, construction, an ever-changing neighborhood, and many other causes have made it increasingly difficult for us over the past few years. We’ve incurred a large amount of debt, and it is continuing to rise with no income to help knock it down. So, as much as I want to hang on and hope things will bounce back, I can’t afford to, financially or emotionally.”

In his note, Manning thanked the Bull McCabe community “for your patronage, your support, your help, your love and appreciation, your smiles, your lyrics, your drum solos, ripping guitar licks, the heaviest of vibes, and your beautiful voices that helped make a tiny little bar in Somerville a staple in the Boston music scene. I am forever grateful.”