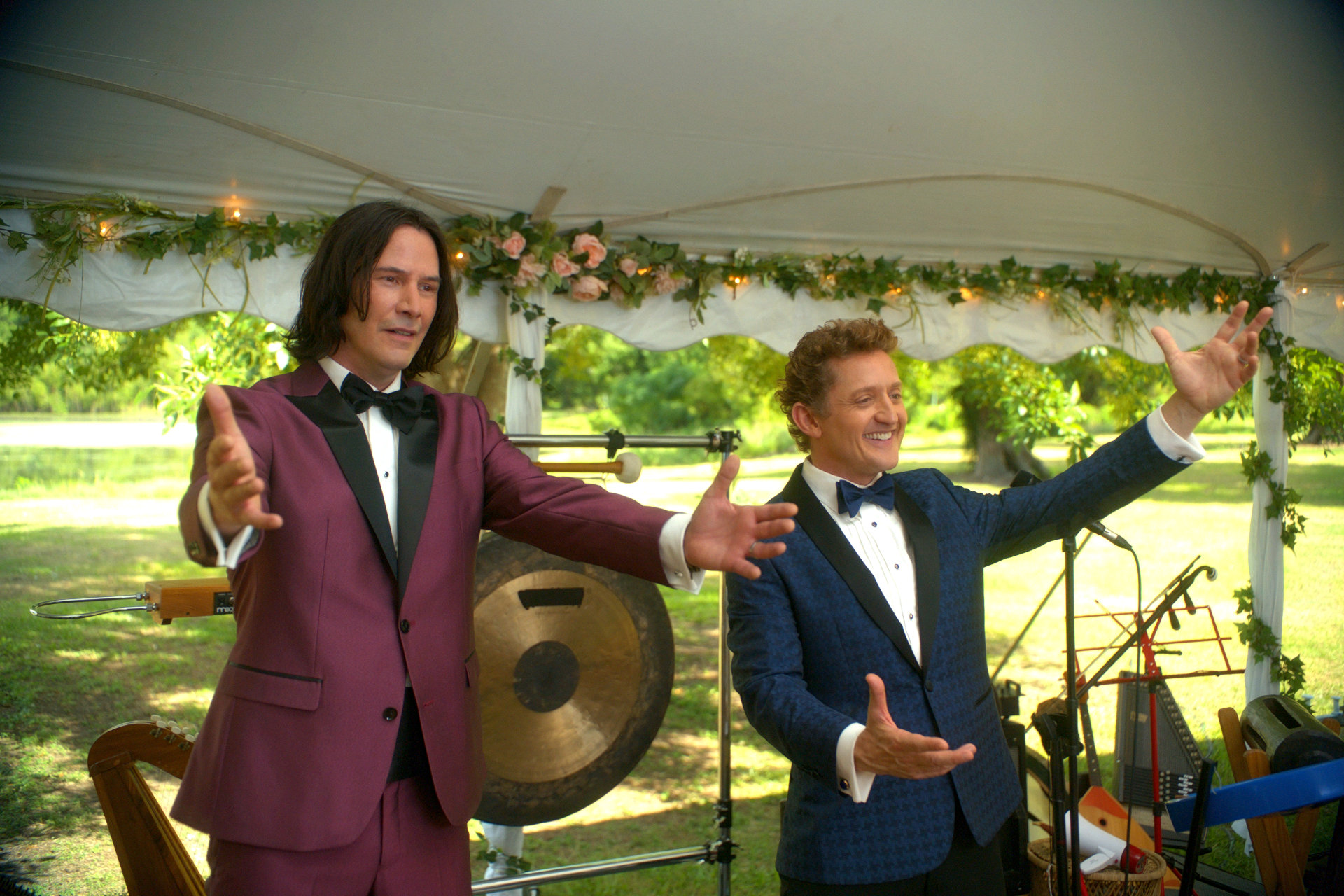 Legacy sequels are, inherently, a hard thing to pull off, and their failure rate is very nearly on par with that of the Ford Pinto. Sure, some models will be decent enough cars out of the dealership, but a few overwhelming failures will spoil the bunch. For every Blade Runner 2049, there’s a Godfather III, and so on and so on (unless you’re Twin Peaks: The Return, in which you are legitimately one of the greatest works of art to hit screens in the past twenty years). This is, of course, a very different phenomenon than the “rebootquel,” which one day I hope someone will write an article about these films being an attempt to erase history itself as a response to culture-wide trauma, but they’re often inextricably linked. There’s just no way these newer films can muster up the necessary escape velocity to exceed the orbit of their predecessors, and, often, it’s better not to try than to do it poorly. But sometimes, you’ll wind up with a movie that’s vastly inferior to the iconic movies that came before that’s still entertaining — and charming — enough to recommend it. That’s the case with Dean Parisot’s Bill & Ted Face the Music, the long-awaited third installment of the Bill & Ted trilogy. Should this movie have been made? Probably not! Is it on par with the duo’s Excellent Adventure or Bogus Journey? Not at all. Is it still kinda fun? Yeah!

It’s been roughly 30 years since Bill (Alex Winter) and Ted (Keanu Reeves) won the Battle of the Bands and became world-wide successes, and…. well, they haven’t quite achieved too much. The pair are loving husbands and great fathers to their daughters Billie (Bridgette Lundy-Paine) and Theodora (Samara Weaving) — who, in fact, they named after each other — and they’ve been trying to crack the formula of The Song That Will Save Everything in the years since. They don’t have many fans or much success to show for it, and their wives are frustrated with them being so stagnant. Wyld Stallions looks like it’s on the verge of collapse until a fancy futuristic pod containing their time-traveling mentor Rufus’s daughter (Kristen Schaal) shows up to take Bill and Ted to the future. They’re then informed by the future citizens of San Dimas that their deadline is soon approaching — some 70 minutes in the present’s future, the universe as they know it will cease to exist if they don’t play the song and bring all of mankind, throughout the ages together.

The pair realize they don’t have the song in them, and after some deliberation, the pair decide to steal the old phone booth they used to travel through time in and get the song from their future selves. The problem with that is that their future selves are in hot water as well, and they have no clue what to do, and some of them are downright mean, as well. But in the present, Billie and Theodora manage to meet up with Rufus’ daughter, and the three go throughout time to assemble the Greatest Band Ever Known for their dads, featuring the likes of Jimi Hendrix, Mozart, Louis Armstrong, Ling Lun and a rockin’ caveman drummer. But all of that won’t matter if they don’t have a song to play, or if they’re vaporized by a robot assassin sent from the future to stop our time-traveling heroes.

Reeves and Winter remain an incredibly fun duo, and their type of chemistry is nearly impossible to emulate. Even if an number of their encounters with the future versions of themselves are pretty much extended and milder riffs on Evil Bill and Evil Ted from Bogus Journey, it’s still endlessly amusing to watch the pair shift styles and attitudes depending on the decades. The film even offers a proof of that in Weaving and Lundy-Paine, who try desperately to capture the original youthful goofballery of the pair, but can’t quite muster up the charisma in order to do so. Their sections of the film are somewhat of a slog, especially once the gag — a half-hearted retread of Excellent Adventure — has fully exhausted itself and has begun to thoroughly rub one the wrong way (if you didn’t like the Chuck Berry gag in Back to the Future, you’ll be cringing pretty hard when one of the girls gives a young Louis Armstrong the name for “Potato Head Blues”). A number of potential avenues for humor are abandoned there, and though it’s amusing to watch Jimi Hendrix duel Mozart in a battle of the Musical Geniuses, it was, perhaps, funnier to watch Napolean eat a shitload of ice cream.

That’s the main problem with the film in a nutshell — there’s a conflict between the two premises, one which feels held over as a potential sequel idea back when the protagonists are younger, and the other, which is an infinitely more interesting idea about the pair confronting their own ages. But both could be sillier, which is a statement I find myself astonished to write: a heavy chunk of the movie isn’t as funny as one might hope, and the playfulness that defined Excellent Adventure and, more specifically, Bogus Journey (which is a comic masterpiece in its own right) is missing. That kind of energy may very well be a young man’s game, and it may have been wise not to make Reeves and Winter pretend that they’re decades younger than they actually are.

Once the film leans into some of its wilder ideas — the neurotic robot assassin sent by the future to straighten things out is a highlight, as are the glimpses into Bill and Ted’s ugly futures, including one where they’re muscle-bound convicts — it comes closer to achieving that feeling, but you’d have to be kidding to say that there isn’t a significant gap between these two eras. Parisot’s direction doesn’t help matters, as the over-reliance on CGI here makes the movie look weird in contrast to its earlier counterparts (the best visual moments are the ones that directly emulate the earlier films).

But, happily, after digesting this film for a little while, I can say that its sweet aftertaste overwhelms most of the bitter notes throughout, though the abrupt ending slightly hurts the film a bit (The thinking must have gone: You have two outright brilliant endings proceeding this one, why would you even try to compete)? The relationship between Bill and Ted is one of the purest things in cinema itself — they’re just so damn excellent to each other — and the kindness buried within the film’s premise, of two men who just want to be better to everyone they know, is remarkably soothing. There’s plenty more one could complain about Bill & Ted Face the Music, but I think most people will be glad to rock out with Wyld Stallions one last time, even if, like most reunion tours, it can’t beat the first time you saw them when they were in their prime. Now, all we need to do is get them to prevent a Wayne’s World legacy sequel, and I think we’ll be doing ok.