Sylus Gambino brings NNCHVLNT Records to Atlanta in ‘Down For Me’ 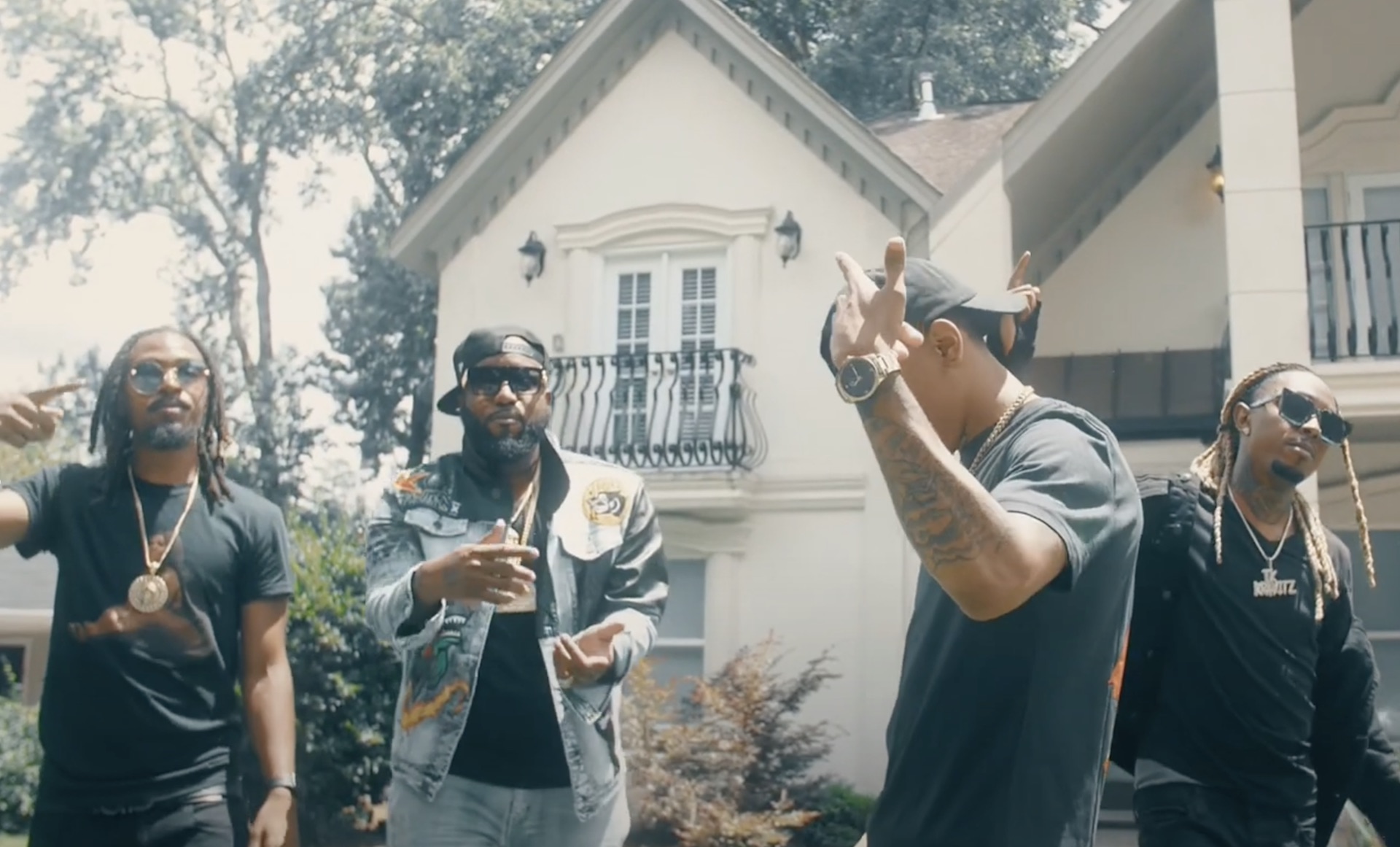 The NNCHVLNT Records team believes in their family, their gut reactions, and their family’s gut reactions. And in a rocky year like 2020, they trust their own process more than ever when putting together a collaboration like “Down For Me,” which dropped today (August 21).

The track and video from NNCHVLNT Records president Sylus Gambino ties in not only Boston labelmates Cash Rari and Vanni Allan Poe, but also TK Kravitz (who, by the way, just nabbed a platinum certification for “Home Body” with Lil Durk and Gunna). Kravitz came on board when NNCHVLNT Records’ own Delquan “Trip” Hodge suggested him to the team.

“Honestly, Trip had his A&R hat on and passed me TK’s catalog and I instantly became a fan given his raw and edgy sound,” Gambino tells Vanyaland. “To me it was a no-brainer in me picking TK for the feature. Funny enough, initially we had a vision for someone else to be on the record instead of TK but that didn’t feel as right as this route did. That took about a weeks time of hard thinking and then we went with our gut and reached out to Tk. About a month later we were in Atlanta shooting the video.”

Sweating through the brutal Georgia heat, the NNCHVLNT Records team masked up off-screen to make the video earlier this year. A palpable sense of synergy courses through Humbeats’ production (“Of course we had to get a fire beat from a home team producer,” Gambino says), but what viewers can’t see or sense are the multiple bottles of sanitizer on hand in the background of the shoot.

“We had to obviously be extremely cautious,” Gambino emphasizes. “I went out there with 12 members of my team so you could imagine how much time was  just spent on everyone washing their hands around the clock. With that being said, thanks to social media/technology, most of the legwork was already finished prior to us even going to Atlanta.”

Albeit trickier than usual to film, Gambino says working on “Down For Me” was affirming  for the Boston hip-hop label as a whole, fleshing out their vision further after this spring’s release “Kill Or Be Killed.” If anything, the pandemic has only his bolstered his vision for NNCHVLNT Records.

That’s some serious elbow grease Gambino and his team are down for.

“Though the whole process made my team and I realize we are really built for this and it’s something we can see ourselves doing for the rest of our lives,” he says. “Honestly, I really do believe now is the perfect time to release music. and a lot of it at that. Due to the pandemic and social distancing, all of the major ways for consumers to support their favorite artists are indefinitely canceled. When something like that happens naturally the consumer market (ways via DSP’s) are going to be higher as fans look for ways to still support. Not to mention a lot of folks are still social distancing within their homes, so online activity is at an all-time high, too. Which to me sounds like a good time for musicians to be extremely consistent with releasing content. The demand for entertainment is still there and I plan to keep y’all happy!”