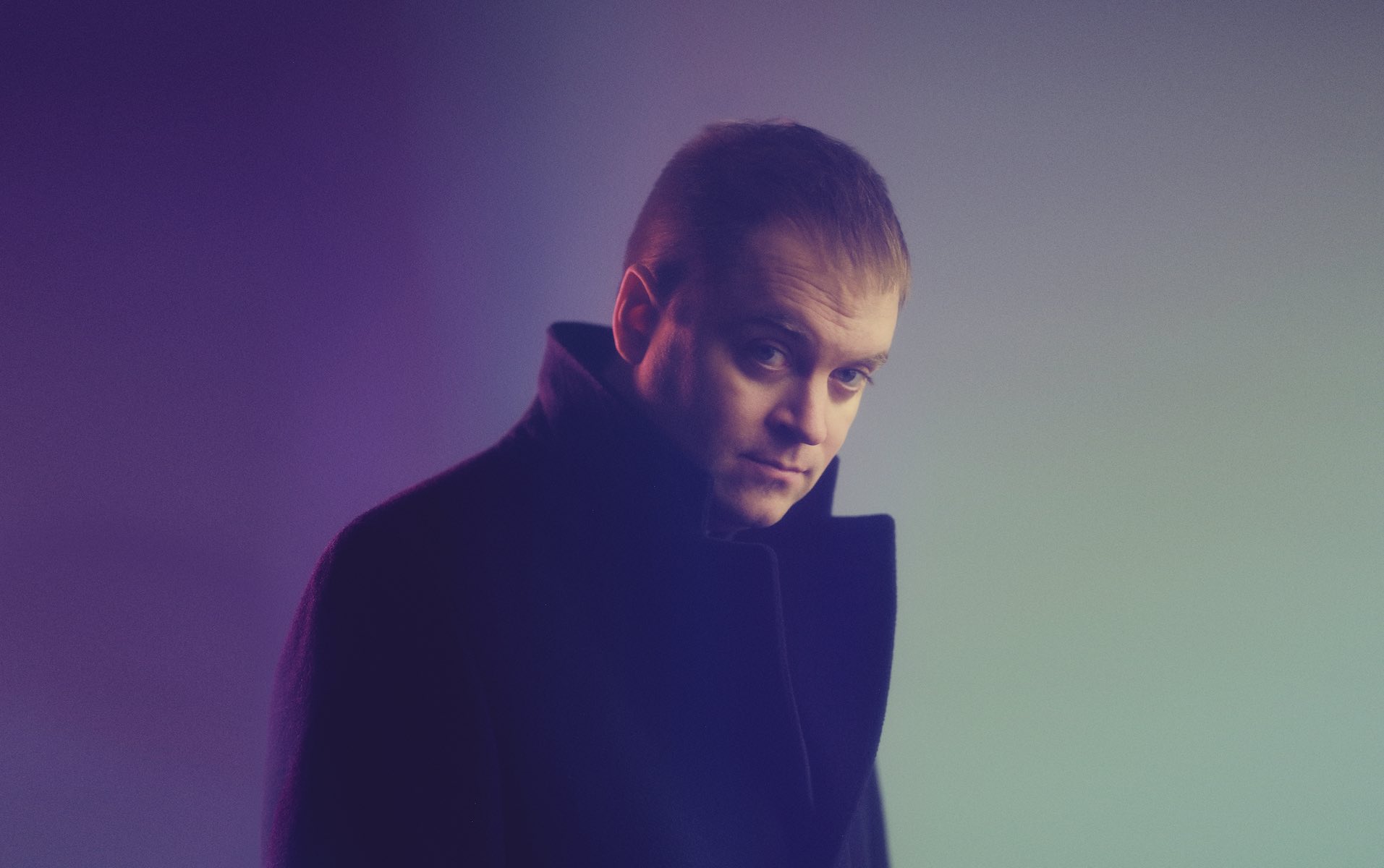 Andy Bell is having a moment in the spotlight, and we’re here for it.

Last week the longtime RIDE guitarist, also known for his work around the world with Oasis, Hurricane #1, Beady Eye, dropped a riveting new psych-pop solo track in “Love Comes In Waves,” the first taste of his October-due debut solo album.

But he’s not stopping there, and, in fact, he’s now showing off another sonic corridor entirely. Now Bell re-assumes his three-year-old instrumental electronic music project GLOK, and drops a beat into a new remix for Maps‘ “Wildfire.” The effort is part of Maps’ ongoing series of remix EPs, unified in four installments as Colours. Remixed. Time. Loss.

GLOK’s “Wildfire” is featured on EP4 of Colours. Remixed. Time. Loss., due out tomorrow (August 21), but you can hear the remix, which takes Maps’ sweeping cinematic track and delivers it deep down into the techno world of rave-noir, below. Naturally, this relationship between Bell and Maps, the English producer born James Chapman, was sparked after dark.

“I randomly met James on a night out and we immediately hit it off,” Bell says. “We’ve been fans of each other’s music for a while so it wasn’t long before we were discussing a remix swap. I loved what he did with ‘Pulsing’, it’s one of the highlights of my remix album, and it was a privilege to work on ‘Wildfire'”.

In addition to the GLOK remix, EP4 of Colours. Remixed. Time. Loss. also features a Maps Just Reversing mix of “Just Reflecting” and a Simon Fisher Turner remix of “New Star.” But it’s GLOK’s lead offering that sets the tone for this series finale. And it’s a lovely match between the two that speaks to a broader chemistry amongst producers.

“To have Andy Bell [GLOK] remix one of my songs was honestly a dream come true for me,” Chapman says. “I have been a massive RIDE fan ever since I stole the cassette of Going Blank Again from my brother in the early ’90s. RIDE were one of the reasons I picked up the guitar and began strumming in my early teens. I could go on… but you get the picture.”

Chapman adds: “The GLOK album seemed to appear out of nowhere in 2019, and it is a work of staggeringly beautiful electronica. It proved Andy Bell was not only an amazing songwriter and guitarist, but also a major player in electronic production! I was so honored to do this collaboration with him. We agreed on a remix ‘swap’, and I remixed his track ‘Pulsing’ (which he loves!) from his album Dissident. In return he produced an astonishing remix of ‘Wildfire’. It vibrates with rhythm and groove, using snapshots and loops of the original song in the most creative and inspiring way. The kick drum filters and morphs throughout, and the whole remix builds in a crescendo, giving it a feeling of urgency and life. It is a remix to play loudly and move around to!”

In addition to the release of EP4 of Colours. Remixed. Time. Loss. this week, the entire series will also be out via an overarching limited-edition 12-track cassette. Get all extended info for the recent Maps releases here.