Divine Sweater succeed in sparse solitude as ‘The World Opens’ 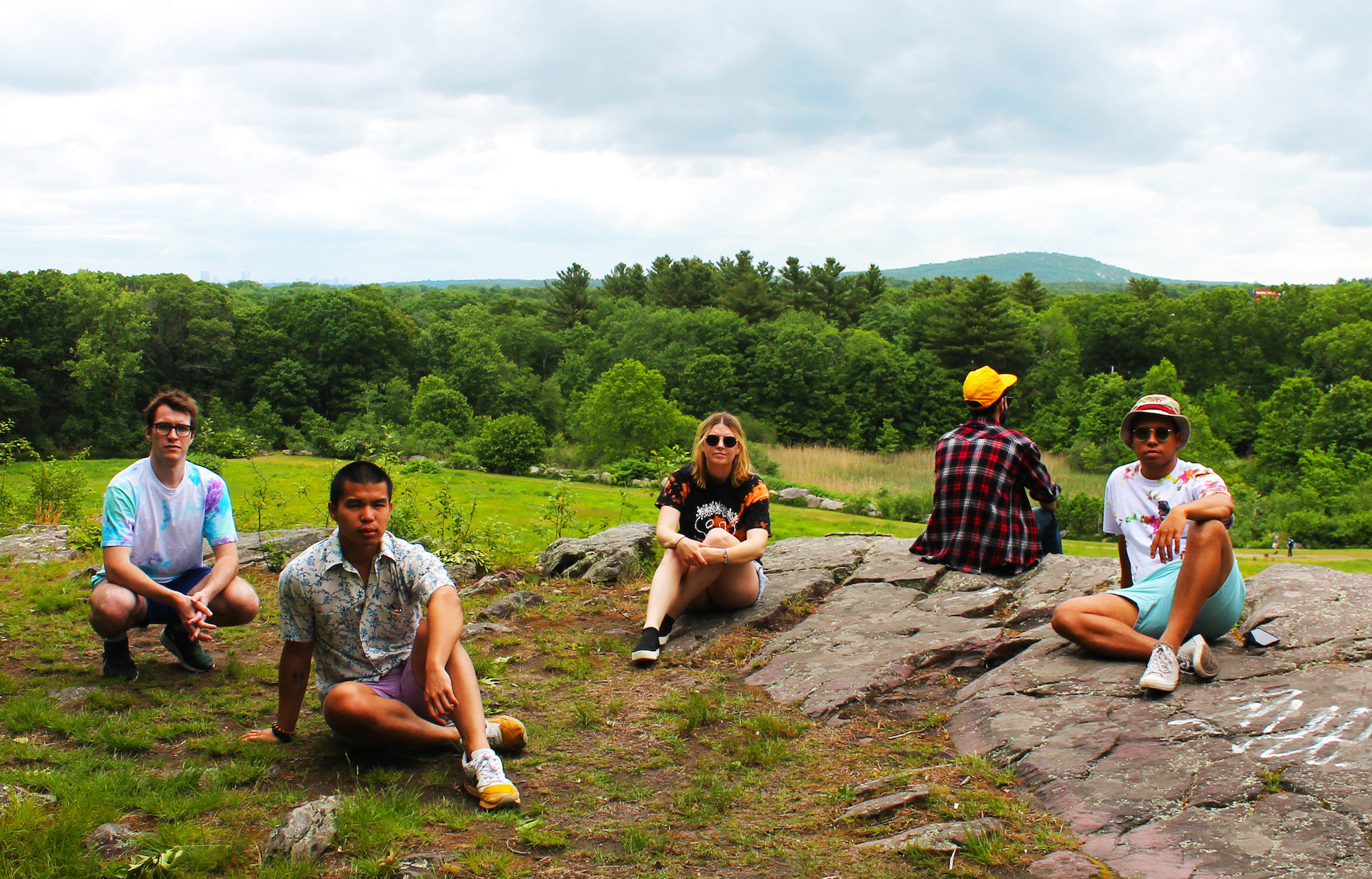 At this point in 2020, Divine Sweater have become experts on shooting socially-distanced music videos, although we’re sure that’s a skill they’d prefer not to have in exchange for some semblance of a normal year.

Today (August 13) the Boston group releases the video for “The World Opens,” their third visual filmed while in quarantine.

Yet unlike its 2020 pandemic predecessors — “Looking for You (Everywhere)” and “Ten Year Plan” — “The World Opens” grouped together the band’s members for the first time since early March.

The five musicians congregated at the Blue Hills ski area in Canton, Massachusetts, seeking a setting that would both complement the song’s subtle cello and vocal loops, and emulate an eerie, enveloping sense of vacancy.

“The song is about the apocalypse and human destruction of the planet, so we knew that wide-open, desolate-looking outdoor spaces would fit thematically,” guitarist Sean Seaver tells Vanyaland. “The locations we chose allowed us to social distance throughout shooting while keeping our initial vision of ‘Divine Sweater at the end of the world,’ so we didn’t have to change the concept [due to the pandemic].”

Coupled with the song’s few but prophetic lyrics, the project’s theme cements the group’s beyond-their-years insight (or what can only be described as straight-up uncanny premonitions about the fate of the world).

“Sometimes our bodies turn their backs on us / sometimes the world opens and swallows us,” singer Meghan Kelleher utters. If “sometimes” isn’t right now, then Boston best mark its calendar for the near future.

Step inside Divine Sweater’s version of the end times below.