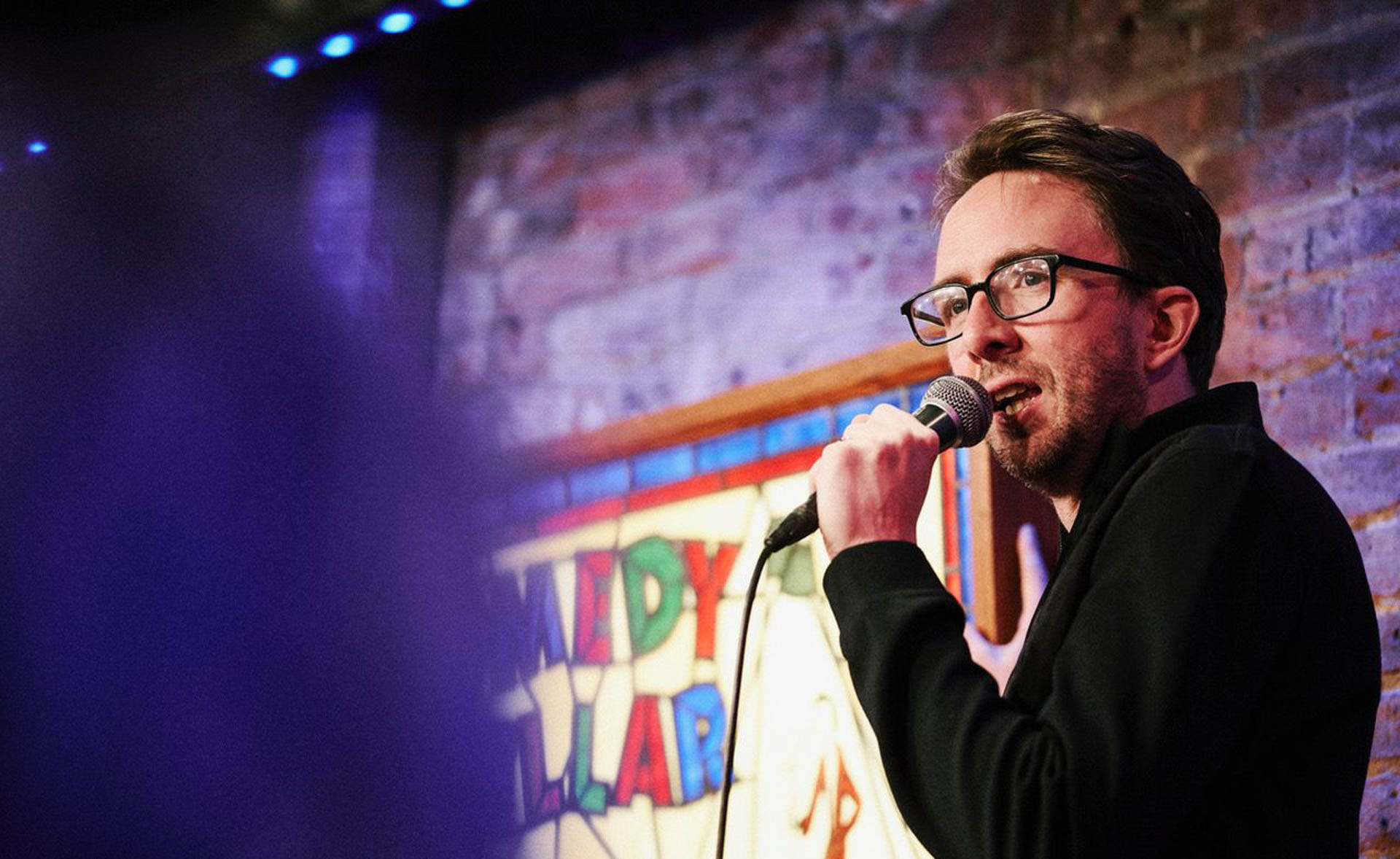 Joe List has yet to watch his upcoming stand-up special, but he’s still feeling good about it, albeit a little bit removed from the whole thing, given the involuntary hiatus from live comedy and the fact that we were in a very different world back in February.

For someone who has consistently worked the road for a good portion of his 19 years in comedy, going through the last few months without performing any stand-up is admittedly weird for the Whitman native. So he’s having to rely on his recollection of how good of a night it was at the Comedy Cellar in New York City when he shot his new hour special, I Hate Myself, which premieres on Comedy Central’s YouTube channel tonight (August 6).

The good vibes surrounding the special’s premiere are, in many ways, representative of List’s overall satisfaction with where he is in his career at the moment, performance-wise. The jokes you’ll hear in the special were molded over the course of a year and a half, and while knows he still has room to improve, List is confident that his latest batch of recorded material is his strongest showing to date, and offers a good read on his growth from nearly 20 years in the game.

“I definitely feel like when I was shooting the special, and the last few months leading up to shooting it, I remember thinking about how it was the strongest I had felt as a comic and how this is the most I’ve ever felt in my own voice, and that I can convey what I want to convey, and that I was the most comfortable and confident I had ever been on stage as a performer,” List tells Vanyaland. “It definitely feels different, and it feels like I’m doing it well, and at the level that I’d like to be doing it.”

With the experience of two albums (2011’s So Far No Good and 2016’s Are You Mad At Me?) behind him, as well as a set on Netflix’s The Standups in 2017, and a Comedy Central half hour special in 2015, this latest project was a lot less anxiety inducing as far as the preparation and execution. Having shot it with the help of some friends at what he considers to be his “home club” in NYC before Comedy Central picked it up, List still felt a little bit of pressure, but the creative freedom he was able to operate under yielded some stellar results, in terms of the whole vibe of the hour.

“When I’ve shot stuff in the past, it was on a TV show that had other comics on it, so you had others comics to be around, and they were nervous, and you had to handle their energy. This one just felt like a Monday night at the Comedy Cellar,” says List. “Of course, there are networks that I would like to work with and have them shoot it, but I like the idea of recreating a regular ol’ Monday night show at the Comedy Cellar.”

With this latest slate of jokes and stories, List isn’t trying to change anyone’s life, but with everything going on in the world, he’s hopeful that, at the very least, it will allow for people to escape the chaos for awhile and have a good laugh, even if it’s just for 55 minutes.

“There’s really not a lot of messages or lessons in there. I just hope people can get a nice hour break from all the madness that is, well, life in the world,” says List. “Everything is very serious right now, even in comedy, so I hope people get even just a little bit of a break and some laughs.”