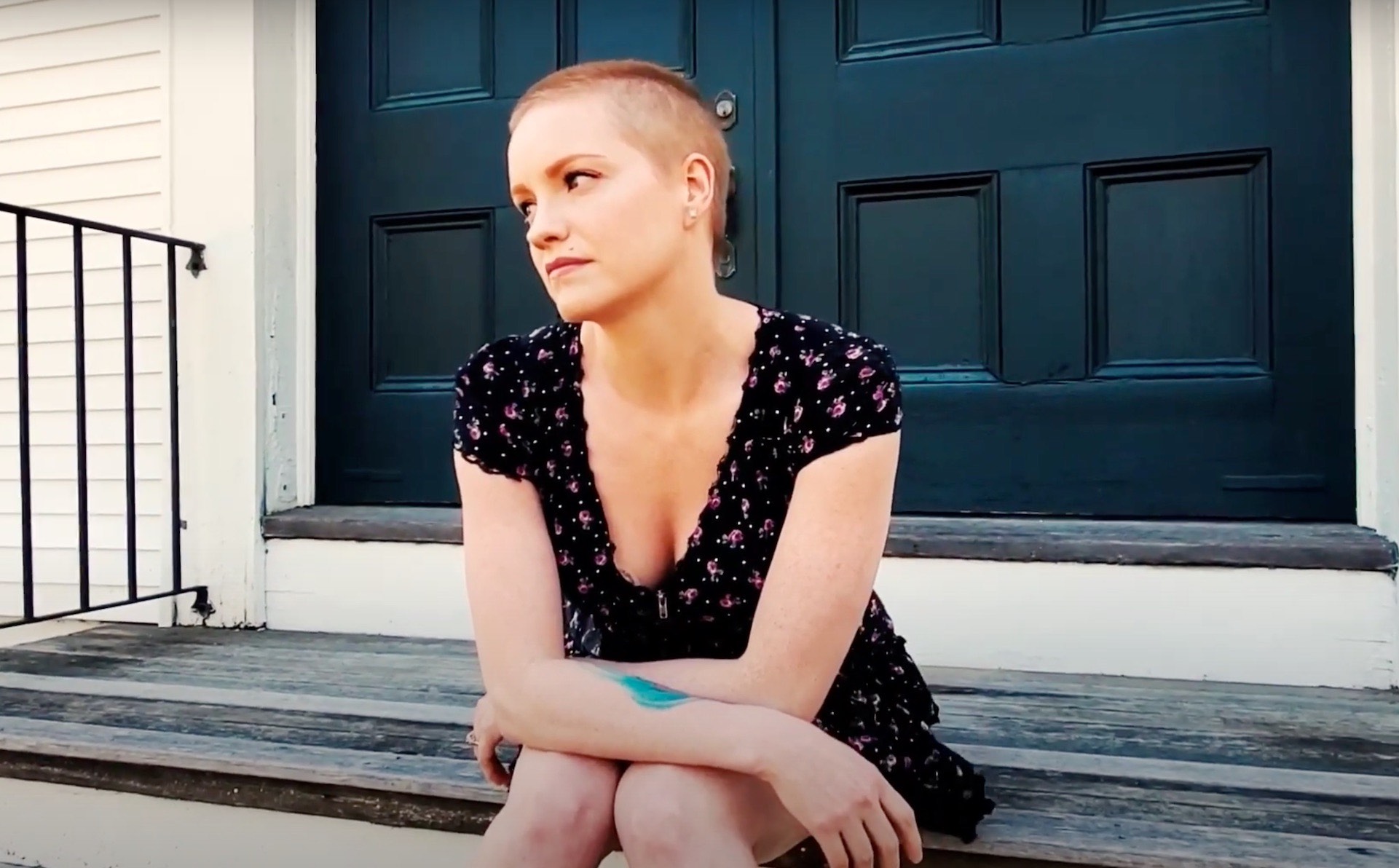 Dear God, or whomever may be pulling the strings on a higher, more spiritual level: Plastic Angels would like to have a word with you. And like most necessary conversations in 2020, it may not be an easy one.

The Massachusetts guitar-rock band have stirred emotions in faith and power this month with the release of a new single titled “Dear God.” The lyrics center on Plastic Angels confronting a past while making amends with a present, and its video positions the husband-and-wife duo of Bethany and Jeff Lawson outside a local church in Wareham’s Onset Village. It’s a wildly melodic and captivating single, produced by Jon Evans at Brick Hill Studio in Orleans, that has a more unsettling message under its magnetic pull.

“This song in particular is very personal, as I am a survivor of child sexual abuse,” vocalist Bethany Lawson tells Vanyaland. “I am also the daughter of a minister and grew up in a very religious household. When I started to write the lyrics, although I didn’t intend it, what came out was this song asking God why [and] how he could have let the abuse occur. For me that was very radical, as I was raised not to question or doubt God’s power or ‘plan for our lives’. [Guitarist] Jeff as my bandmate and husband encouraged me… he is always pushing us to put our art out there with no regrets or worries of what others will think.”

Lawson says even the idea of writing such lyrics gave her anxiety and nightmares, fearing a retaliation both from her chain of spirituality and those in the religious community who might find the song offensive.

“It really just comes from a place of honest pain,” she adds. “And I hope it helps others who are trying to process trauma… Whether you believe in God or not, I think we all wonder sometimes why bad things happen… tragedies, traumas… whether it’s to us or other people. Part of being human is questioning life, our beliefs, faith. And this song is its own prayer, doing just that.”

Following the release of 2018 EP Wake and a February single called “Little Break”, Plastic Angels are set to further the momentum of “Dear God” with with a five-song EP due out either next month or September. In the meantime, understand where Plastic Angels are headed by knowing where they’ve been.