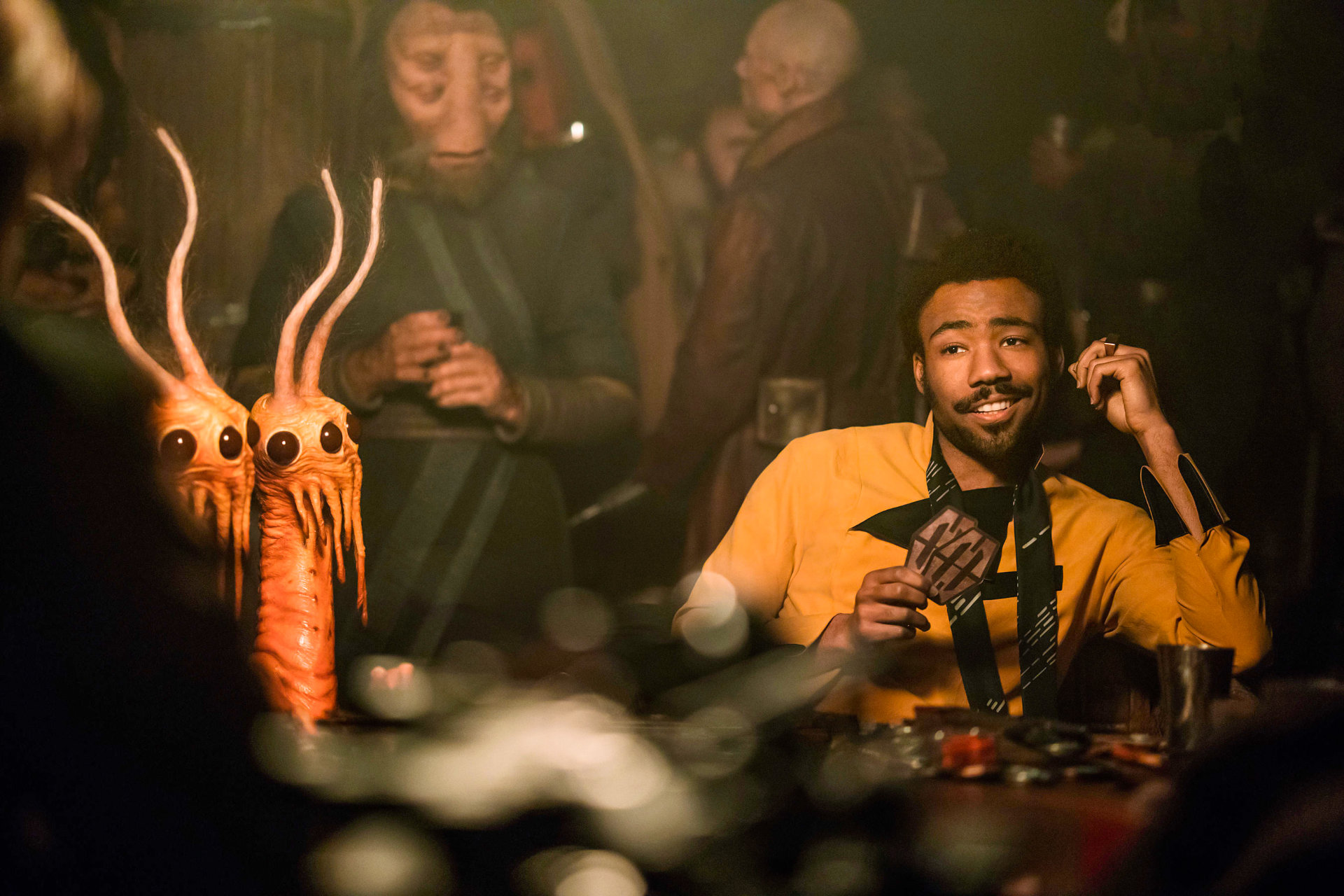 Still from 'Solo' by Disney via MoviestillsDB

Editor’s Note: Welcome to Today’s Big Dumb Stupid Internet Rumor — or TDB, SIR — an ongoing Vanyaland series documenting newsworthy rumors that most likely won’t pan out but need to be addressed, in some form, for our collective sanity.

It’s been about two years since Solo: A Star Wars Story hit theaters, and about two weeks since it hit Disney+, and it seems like people are beginning to realize that… it’s really not that bad? Either way, one aspect of the film that was unanimously beloved was Donald Glover’s smooth-as-fuck turn as young Lando Calrissian, and despite the film flopping at the box office, Star Wars nerds have hoped that they might get a chance to see him in the role once again. Now, according to this rumor from Kessel Run Transmissions, which is a fan YouTube channel/podcast, you may, in fact, see him back in the Millennium Falcon’s cockpit once again in a new “series” of some kind.

Here’s the clip from the podcast in which it’s mentioned:

We’re assuming that it’ll be on Disney+, given that there are at least three live-action series in development at the House of Mouse at the moment.

But, again, this is only a rumor, and not to slag the source, but there is a bit of difference between, say, The Hollywood Reporter or Deadline bringing us this news than from a podcast of which we’re only just becoming cognizant. On the other hand, they were right about the next Star Wars animated project being about “The Bad Batch,” so we’re chasing our grain of salt about this rumor’s veracity with an extremely small measure of hope.

We’re willing to bet that this does have an element of truth to it — in lieu of an actual sequel to Solo, which doesn’t seem like much of a possibility now, this seems like the best possible way for Disney to capitalize on that investment, but this does seem like a stretch at the moment, given how busy Glover is with other projects and just how many series are currently in development. Flooding the marketplace has led to some serious fatigue before for Disney, and they might have wised up ever so slightly.

Either way, we’re ranking this as a Sure, I Guess. Who knows! Not us.

Stay tuned for the next installment of Today’s Big Dumb Stupid Internet Rumor.