A24 has made a ‘Green Knight’ roleplaying game 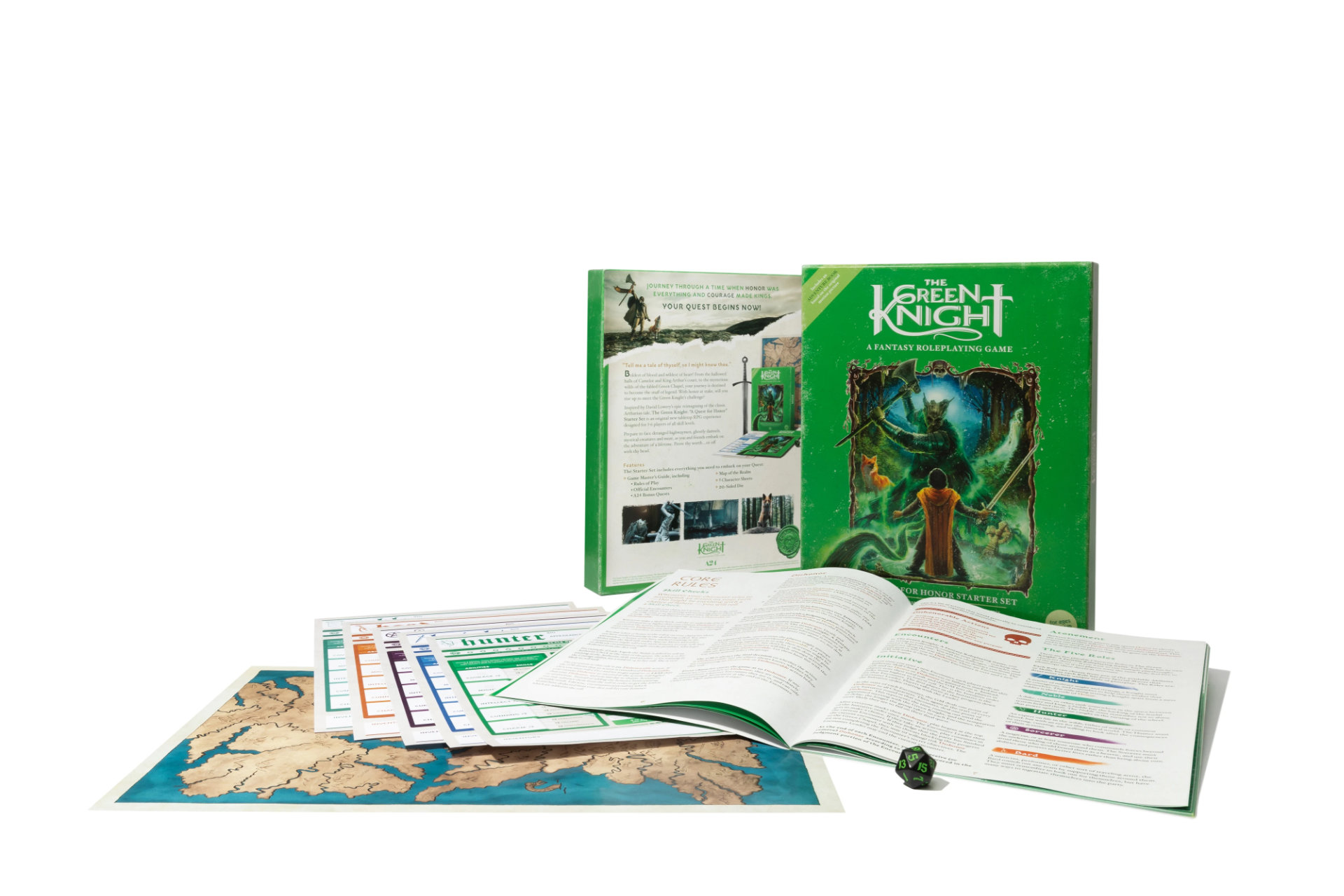 Hey, remember David Lowery‘s The Green Knight? You know, the Dev Patel-led adaptation of the classic Arthurian legend that was scheduled to premiere at this year’s SXSW film festival and hit theaters a few months ago? Well, very clearly, it got delayed indefinitely by the COVID-19 pandemic, so you might have forgotten. But A24 wants you to know they haven’t, so they’ve created a fucking RPG — a roleplaying game, a la Dungeons & Dragons — for you to play until it comes out. Available at their website, it costs $35, plus shipping, of course, and comes with everything you’d need to get a game up and running with your pals. What a wild world, man.

Here’s a cute little ad for the game that calls back to the golden age of ’80s and ’90s board game advertising:

Honestly, and it very well may just be due to the power of advertising, we kind of really want to play this. It’s not just a bunch of bullshit, either — the distributor recruited DnD expert Timm Woods to create the game, and they have a fun interview with him on their site. We’re hoping that this really compliments the tone of the movie, which looks all over the place and fascinating — it’s always weird when a toy line or a tie-in happens for something that overwhelmingly doesn’t really need it — but who knows! We’ll have to see the damn thing first!

In case you need a reminder of what The Green Knight looked like, given that COVID brain-fog may have wiped the very memory of it from your brain, here’s the trailer:

And a synopsis, though you can tell your own tales with the board game and don’t need to stick to whatever prescribed roles that Arthurian legend tells you that you have to, dammit:

“An epic fantasy adventure based on the timeless Arthurian legend, ‘The Green Knight’ tells the story of Sir Gawain (Dev Patel), King Arthur’s reckless and headstrong nephew, who embarks on a daring quest to confront the eponymous Green Knight, a gigantic emerald-skinned stranger and tester of men. Gawain contends with ghosts, giants, thieves, and schemers in what becomes a deeper journey to define his character and prove his worth in the eyes of his family and kingdom by facing the ultimate challenger. From visionary filmmaker David Lowery comes a fresh and bold spin on a classic tale from the knights of the round table.”

The Green Knight will hit theaters. Yeah, that’s all we know right now. But the RPG will ship out on August 7, which isn’t that far away. So, you know, you can always travel into Arthurian Lands and on quests using your imagination while you wait.