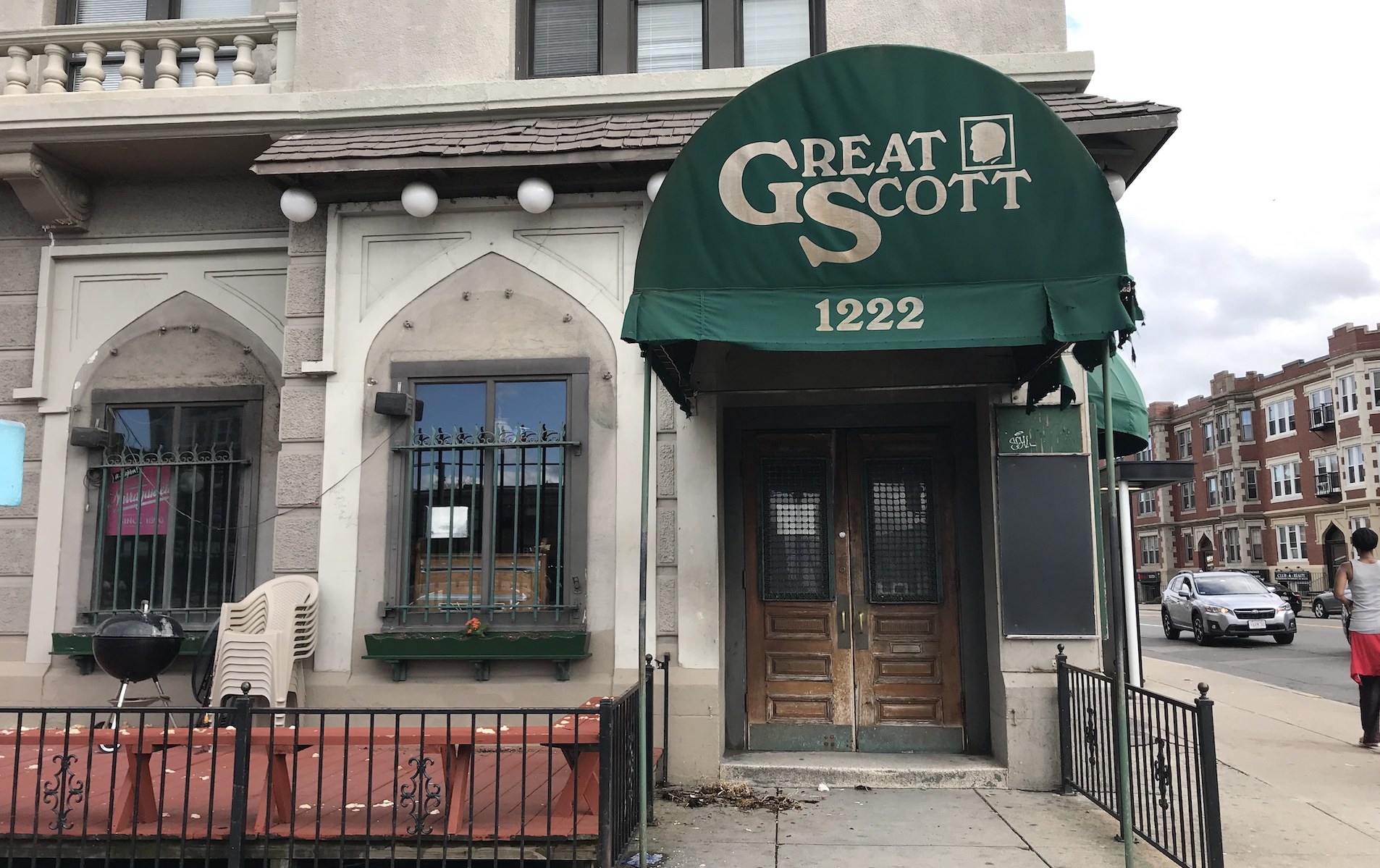 Great Scott’s 44-year run at 1222 Commonwealth Ave. in Allston may be over, but the “spirit” of the rock club could eventually find a new place to call home. In a message posted to Great Scott’s Mainvest investment page over the weekend (July 11), booking agent Carl Lavin says a search is on to find a new location for the beloved bar and live music venue.

“I’ve been having conversations with local stakeholders trying to identify new locations (focusing primarily in Allston) that can foster the spirit of Great Scott,” Lavin writes, “and continue to provide space for artists and fans to enjoy the live music experience in an intimate, encouraging and welcoming setting there always has been.”

Like all other rock clubs around the city, Great Scott closed mid-March as the COVID-19 pandemic began to take hold. It was reported May 1 that the club would not re-open after talks broke down between its longtime owner, Frank Strenk, and the building’s landlords, Oak Hill Properties LLC, due to the uncertainty the ongoing pandemic has created for live entertainment. A Mainvest campaign launched May 26 to re-open and maintain the club brought in nearly $200,000 in community support, but Oak Hill revealed on June 24 that it had found a new tenant for the space. It is not publicly known who that new tenant would be, but rumors on social media suggest it could be a convenience store.

While Oak Hill entering an agreement with a new tenant has effectively ended Great Scott’s decades-long run on the corner of Harvard and Commonwealth avenues, Lavin sees potential to “re-establish” the rock club elsewhere, especially given the outpouring of support around the venue. Through Mainvest, 514 people or entities have invested a total of $194,500 to save the club since the campaign launched roughly six weeks ago.

“Thank you for joining me on the journey to saving Great Scott and I hope that you will stay with us as there is much to come so stay tuned for updates,” Lavin writes. “And thank you again for being part of this effort.”

Read the letter in full below.