Nore Davis proves that Zoom comedy shows can be effective 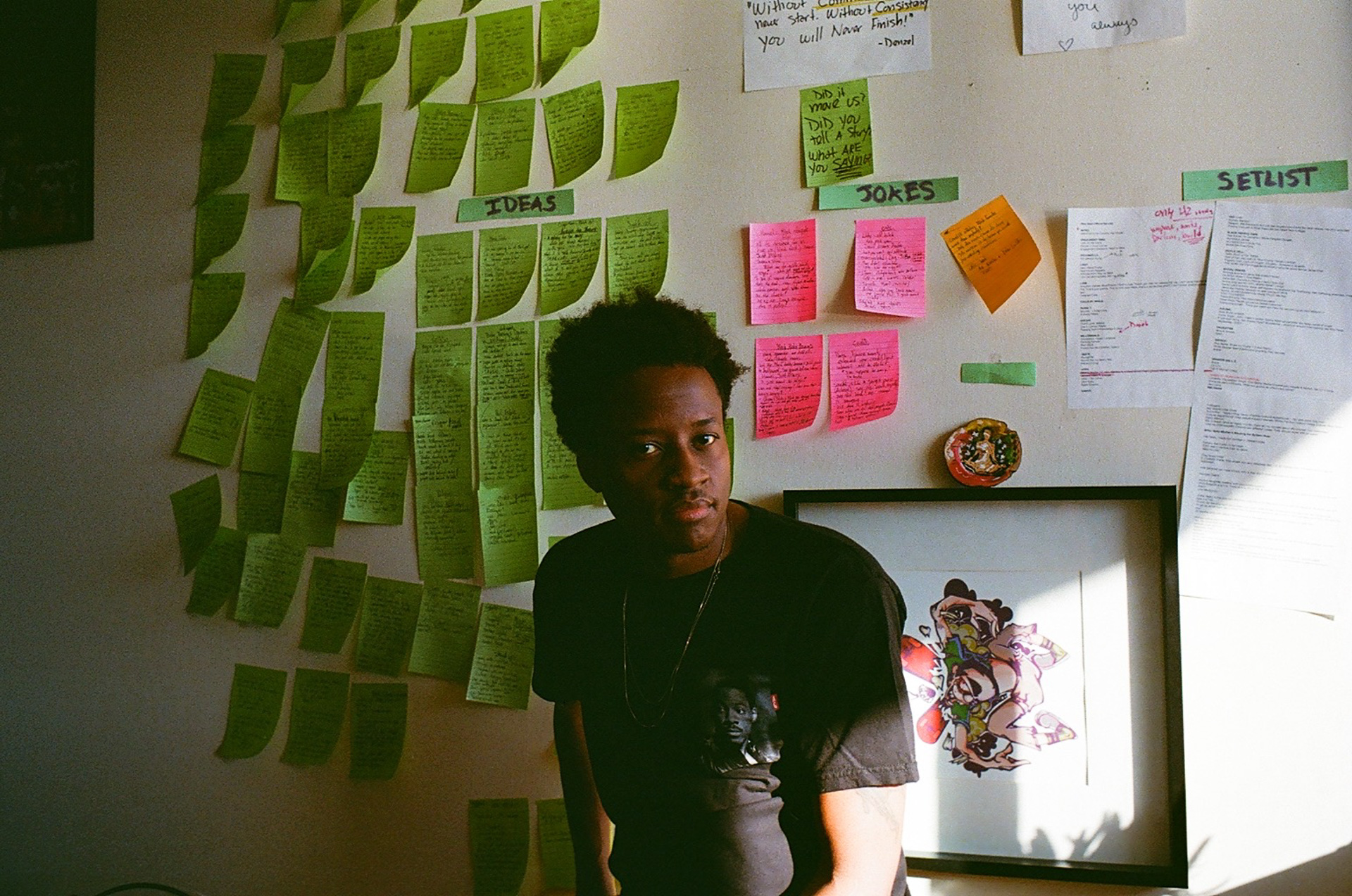 Nore Davis lives with the belief that artists adapt to their environment. The stand-up stage may be out of the equation at the moment, and the internet may be his only current artistic outlet, but Davis loves stand-up too much — and for the love of the game, he’s going to do whatever he can, with whatever he has, to bring joy to his fans, even in the midst of a global pandemic.

Recorded entirely over Zoom, the New York-based comic’s fourth full-length album, Live from The Comedy Trap House, which dropped late last week, is a timely album, to say the least. Not only does he riff light-heartedly on how things like shopping and education have changed since the COVID-19 pandemic brought the world to a screeching halt, but Davis also brings his feelings on heavier aspects of today’s news into the set, like the virus’ death toll and the protests against systemic racism and police brutality that have flooded streets all over the country in the wake of the murders of George Floyd, Breonna Taylor, Ahmaud Arbery, Rayshard Brooks and others.

Now, while he wants to use his art as a way to provoke change in the world, Davis also knows that part of his job as a comedian is to provide an escape from chaos, and use joy as way to help people decompress for a bit, which in turn helps to get people refreshed and refocused for the fight that still lies ahead of them.

“I’m really excited for the world to hear this album, because I feel like it’s just time that we took a break and remember where we came from and laugh a little bit, because this revolution that we are in right now is a long haul,” Davis tells Vanyaland. “This is not a race. This is a marathon to fight racism and the wrongdoings of the world, and I think people need to take a break to just laugh a little, and then get back out there. Just like sleeping and eating, you need joy, and you need love, and you need laughter to keep going in your fight.”

In terms of life essentials, Davis puts comedy in the same category as eating, drinking, and going to the bathroom. Your body needs joy and the ability to not be in a constant state of anger in order to function properly, and while he really pushed to have this album out right now as a way to not only provide that release for others, he knows that he himself is not exempt from that point. He also wants to bring into focus that you can, in fact, amplify Black voices that are alive and present while also fighting for justice on behalf of Black lives that have been taken as a result of systematic racism and police brutality.

One aspect of that need to create gave way to The Comedy Trap House, Davis’ recurring comedy show on Zoom that he started at the onset of the shutdowns as a result of the pandemic, in order to stay connected with friends, fans and fellow comedians while in isolation. Davis started the show not only as a creative outlet, but as a way to curb the throes of depression and the severity of what was going on in the world.

Through working out material on the show, Davis found his stride in terms of giving the shows a feeling as close to that of a live comedy club as he could, and the comfort he quickly found soon led to a desire to put an album — 90 percent of which is comprised of material put together while in quarantine since March — that really served as a marker of the times.

“I wanted this album to be a time capsule that we can look at later and go ‘Zoom was a huge part of our lives,’ and who knows if it might stay that way, depending on how these COVID spikes in all these different states go,” says Davis. “I want stand-up comics to know that you can do it, instead of just doing a monologue to IGTV or Twitch. You can use Zoom to tell jokes, wait for people to laugh, and then tell another fucking joke.”

Looking at the examples of Dick Gregory, Moms Mabley, and Redd Foxx, Davis is quick acknowledge how Black comedy albums have been overlooked in many ways throughout the years. He also knows that not only have some of the greatest artistic moments in Black history been born out of struggle, but even within that struggle, comedy has provided a platform for Black voices to be amplified.

And for the record, even as the son of a retired police officer, Davis didn’t hesitate for a second when it came to working on material surrounding police brutality and the Black Lives Matter movement.

“My dad is a Black man first, and him being a cop is a job. Once he takes that suit off, he’s my dad, which is something I like about him,” says Davis. “He is that Black ally cop, but he definitely knows that it’s just a badge and uniform, and once he takes it off, he’s a Black man who goes through all the same experiences everybody is going through. That never held me back in terms of coming up with material or made me think about how I had to be sensitive toward my dad’s job. Fuck that job. That’s my dad.”

Davis hopes that this album can provide solace in a time of chaos, as well as be a catalyst for amplifying Black voices. He also hopes that this record can represent the endless possibilities of creative expression in the face of uncertainty for his comedy peers, and show that no matter what, stand-up comedy is, in a way, like crocheting a sweater. It truly is an art form, but even if your tools are taken away, it may not be pretty, but there will always be a solution to making that sweater.

“For the fans, I want them to have a good time with the album and take a break before getting back out there, and for any comics or anyone aspiring to be a comic, I want this to show that you can turn stand-up into anything you want,” says Davis. “This is a love letter to stand-up, to say that you shouldn’t be scared to create on the platform you’re given. Don’t go against internet comedians or TikTok or anything like that. Just find a way to get your voice out there.”