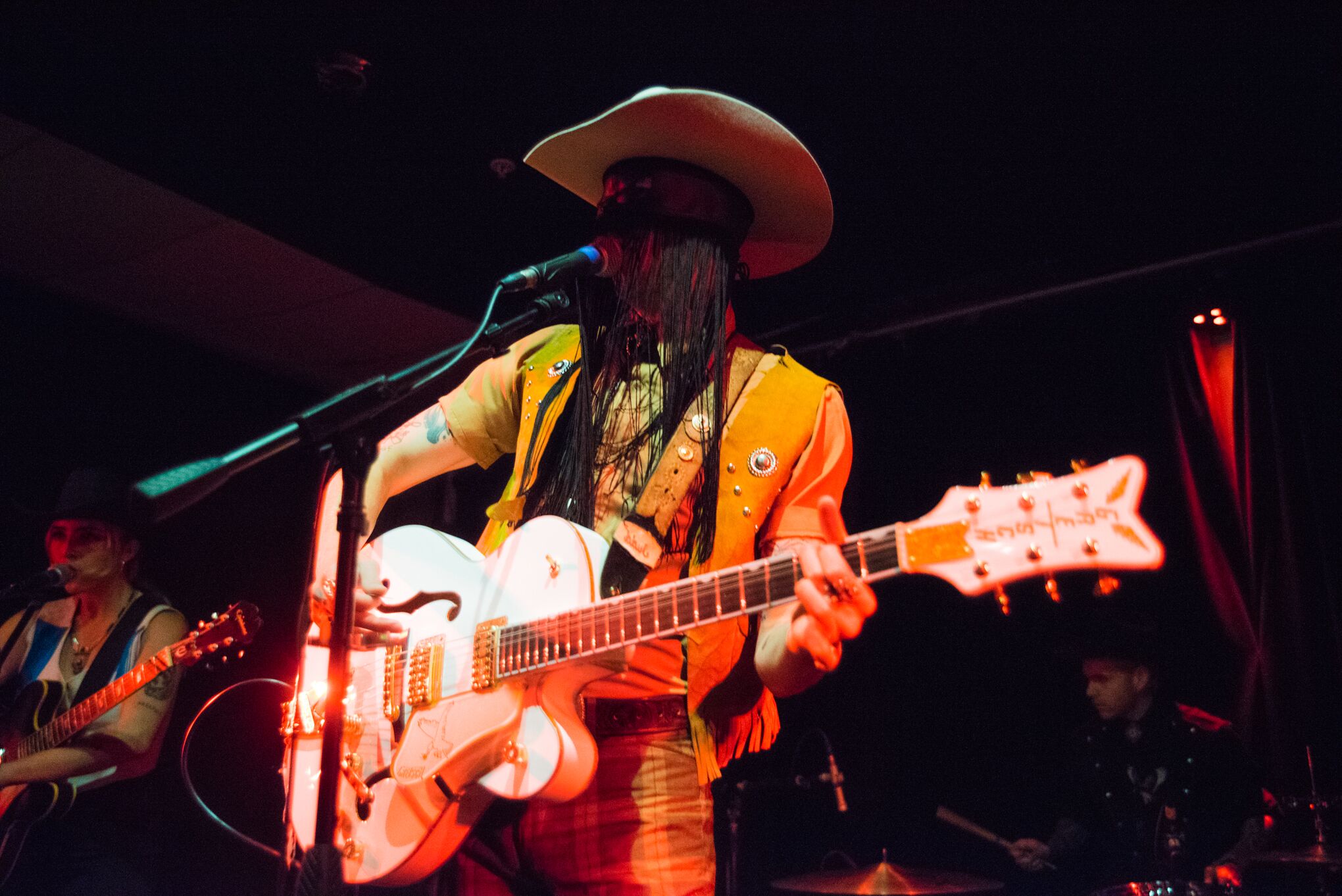 It’s safe to say that more than a year on, we’re still not over Orville Peck’s March 2019 debut album Pony, a record we’ll be listening to in perpetuity. The cowboy crooner and face mask pioneer has kept on into this disastrous 2020 with a string of new tunes, livestreams, and music videos, all continuing to shape the queer Canadian singer-songwriter as one of the era’s strongest musical voices. Now, Peck taking on something so obvious and yet so damn exciting: An enchanting cover of Bronski Beat’s 1984 gay liberation synth-pop anthem “Smalltown Boy.”

Holy shit. Peck takes the thumping nightclub anthem and gives it a gutsy, solemn veil of weathered substance, his commanding voice adding to the track’s careful concern. It both sounds entirely Orville Peck-ian but also stretches the performer out into new music territory, like a crossover where all the elements — performer, song, and the aura of the classic original — meet somewhere totally new.

The brilliant cover is part of Spotify’s Pride edition of its Singles Series, where LGBTQ+ artists pay tribute to heroes and heroines. There’s a trio included in this offering, Peck’s “Smalltown Boy” saddling up alongside Rina Sawayama covering Lady Gaga’s “Dance in the Dark” and Joesef taking on “Thinking of You” by Sister Sledge.

Run away, turn away. And embrace it all.