‘Judy and Punch’ Review: The bloody puppet show’s the thing 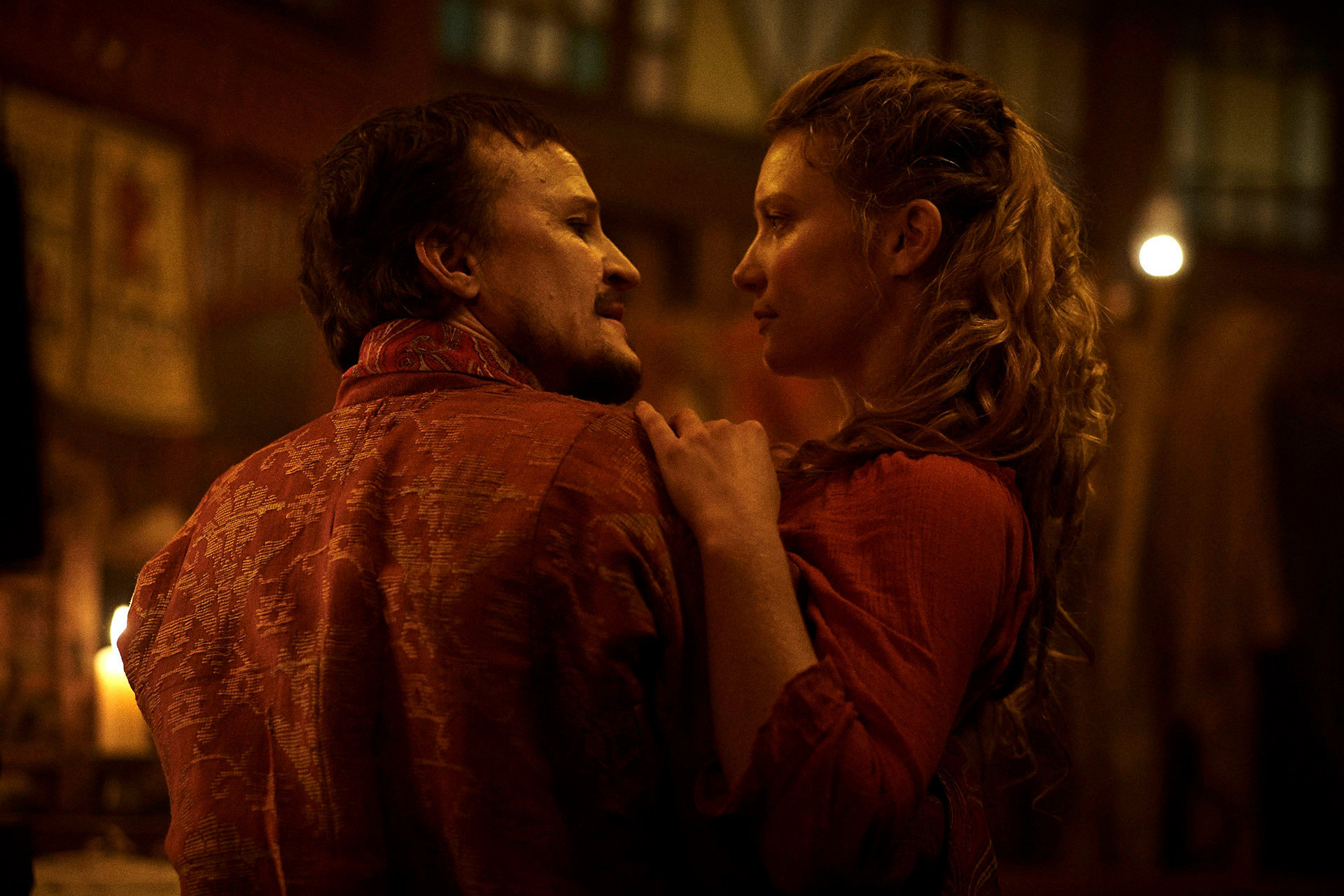 Like many things, the Punch and Judy puppet plays, which have become an iconic expression of English culture over the sum total of five centuries following their importation from Italy in post-Cromwell Britain, start to look a little odd if you look at them in the right light. Plenty of domestic comedies and modern sitcoms owe a great debt to these goofy little tales of violence and mayhem, and one can’t be automatically sure that this influence is a good thing: there’s a somewhat clear link between Ralph Kramden threatening to beat his wife on The Honeymooners and Mr. Punch actually doing so. Mirrah Foulkes’ Judy and Punch acts as a feature-length work of feminist criticism about the nature of these puppet plays, translating the cartoonish, imaginary violence depicted within them into something more brutal. It’s a solid little film, anchored by solid work by its two leads, Mia Wasikowska and Damon Herriman and delivered with a smart Gilliam-influenced look, but it’s at its best when it’s being slyly critical rather than prescriptive.

Judy and Punch imagines its protagonists as the inventors of their marionette show, with the former (Wasikowska) being the long-suffering and secretly-talented spouse of the latter (Herriman), a failed big-city puppeteer brought down by his fondness for drink and mayhem. His plays are violent tributes to his own irascibility and penchant for escaping trouble, and they’re tremendously popular among the people that populate Foulkes’ anachronistic post-Civil War enlightenment England (Leonard Cohen was a good choice for this soundtrack, after all). He dreams of making it to the larger stages in the big cities, though he’s a local celebrity in his own right, even being asked to “cast the first stone” at a ceremonial stoning of witches. Judy disapproves of Punch’s drinking and troublemaking but is the force holding them together as a cohesive performance troupe: cleaning the theater, tending the baby, and generally picking up after her husband’s messes. But one particular afternoon, Punch does something so unforgivable, and in his shame, he savagely beats his wife. He believes he’s killed Judy, so he hides her body in the forest, not realizing that she’s still breathing. It’s shocking stuff, but it’s well within the boundaries of a Punch and Judy tale.

The film is at its best when it’s holding close to the conventions of the plays in its plot beats — Punch quarrels with his wife, drinks too much with Mr. Scaramouche, loses the Baby, and chases Toby the Dog looking for his sausages — but Foulkes places an emphasis on the bizarre cruelty and violence that lurks behind this seemingly-harmless humor that’s drastically less serious when acted out on stage with puppets than it is when you’re on the recieving end of it (this might be why people feel comfortable brutalizing mascots: we’ve been conditioned to think of them as living cartoons, rather than costumed people). Punch’s plays, by his own admission, are merely a reflection of his audience’s desires, and who is he to turn away a paying crowd if he’s willing to offer them up? But, ultimately, when the veneer of art and performance falls away, and the stuff of his dark fantasies takes corporeal form, he reflects his art: caning his wife, blaming her death on the servants, and, as a result, feuding with the local constable over the slowness of the servants’ executions. And Herriman does a swell job presenting to us both Punch’s charisma and his depravity — one would understand why Tarantino would want him as Charles Manson in Once Upon a Time in Hollywood: he’s terrifying, yet utterly compelling.

Foulkes falters a bit after Judy and Punch’s halfway point when Judy gets picked up by a society of outcasts, deemed “witches” by the townsfolk, and is nursed back to health. The village, as you might imagine it, is the kind of woodland fantasy commune that defines both popular fantasy and Burning Man advertising, and it’s just a very plain liberated world: you’re more likely to do Tai Chi than to be conspiring against the people who put you there. Still, Judy becomes a crusader for the downtrodden as well as an arbiter of God’s wrath against her husband, and this choice feels more like a concession to popular narrative trends in service of a relatively meek and modest point about how we can break cycles of violence if we try, etc. It all comes to a head in the final minutes, where Wasikowska delivers an end-of-film speech that is so on-the-nose that it becomes predictable. She’s particularly poorly-served by this development, as it boxes her into the same corner that Tim Burton did when she was his Alice — there’s very little room for nuance or anything once she becomes a mouthpiece for her director, rather than a character.

One might argue that this is entirely the point: a character, pigeonholed into a specific supporting role, transforms into the protagonist of her own story. But I’d counter that she’s merely transitioning from one preordained role to the other, and, especially as it’s presented here, she simply remains a passive vessel who, beyond her one main desire — to see her husband suffer — chooses very little for herself. It’s an odd comparison, but I often thought of the end of Alex Garland’s Ex Machina when watching these final minutes, and was reminded about how complicated and fascinating that ending is: a character walks into the sunshine, choosing her fate for the first time beyond the control of men, including the man literally penning the narrative that she’s trapped within. Judy, on the other hand, has traded one set of marionette strings for another, and though they may be nicer and not dig into her flesh, they’re still holding her back.