By Jason Greenoughon May 30, 2020
ShareTweet 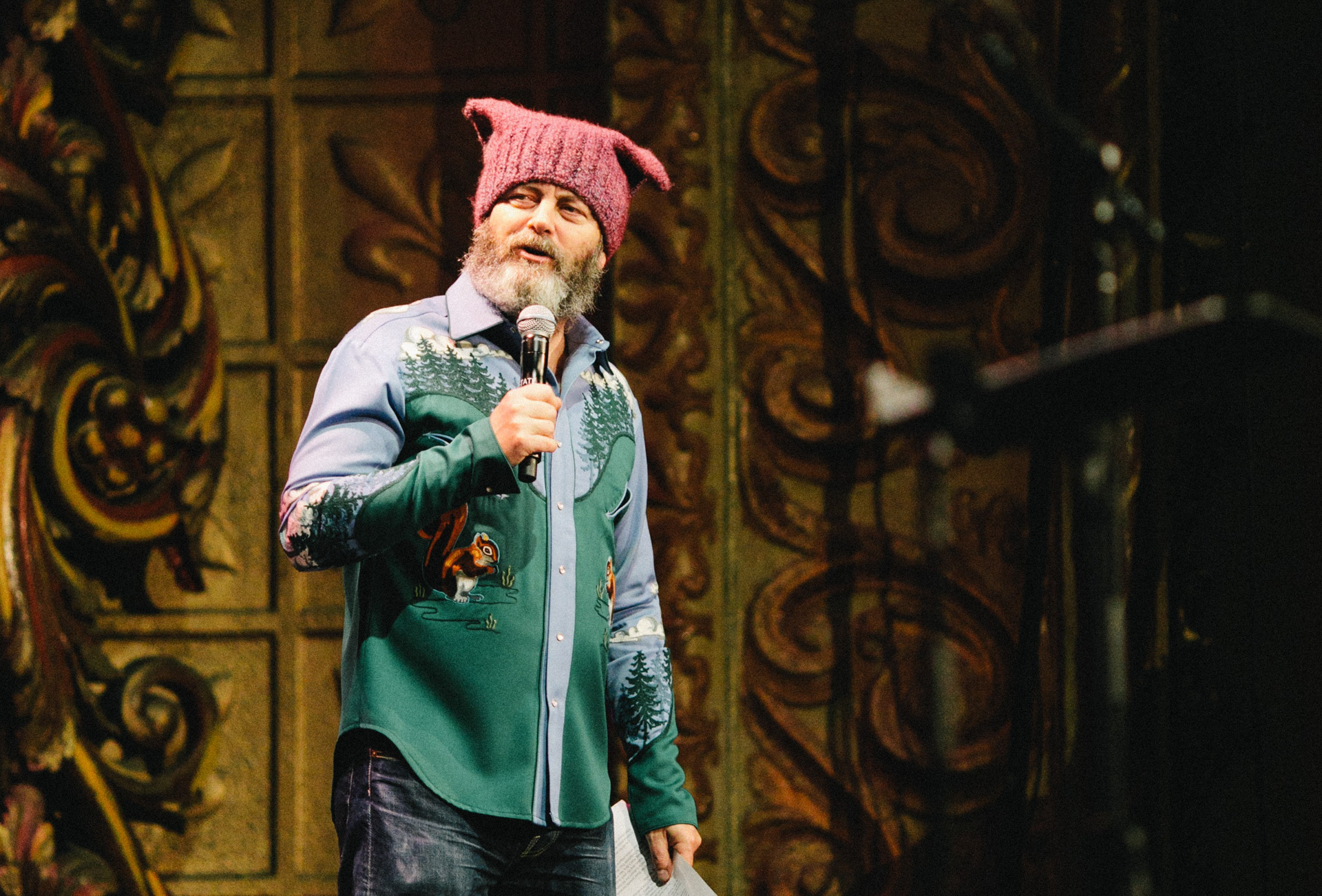 The “Swanson Pyramid of Greatness” states that crying is acceptable at funerals and the Grand Canyon. Well, now we can add “and when Nick Offerman releases three comedy specials for mass consumption” to that list, because America’s favorite witty woodsman is coming in clutch with some top-shelf content for a good cause, and we’re freaking hyped.

Released on his “internet front porch” on Friday (May 29), Offerman offers up three comedy specials: 2014’s American Ham (his first comedy special, as previously seen on Netflix); 2017’s Summer of 69: No Apostrophe (with his wife, Megan Mullally); and the debut presentation of his latest recorded material, Full Bush for purchase. The Parks and Recreation star is releasing the specials as a way to raise money for America’s Food Fund, which supports a number of organizations such as Feeding America and Urban School Food Alliance as they work to meet the demand for assistance, and supply food for children and families in need during the ongoing pandemic.

Whether you want to rent just one or all three specials for $5 each, or purchase them for $11 each, all proceeds collected go to the organization, and you can find the specials for sale here.