By Jason Greenoughon May 12, 2020
ShareTweet 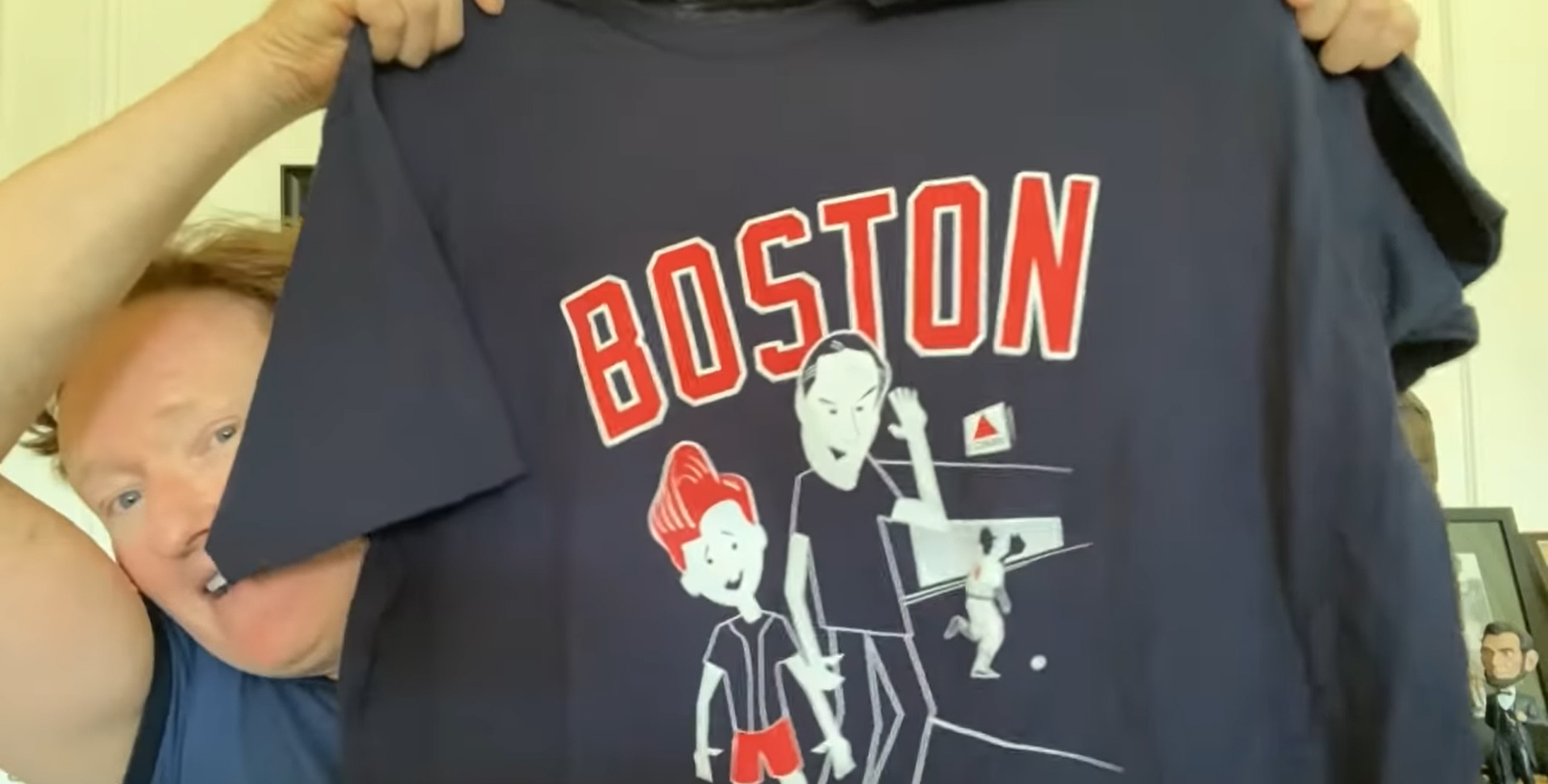 Earlier last week, Conan O’Brien took the time out his home broadcast to deliver a good old-fashioned ribbing to local clothing line Sully’s Brand, after they sent him a shirt donning the Zakim Bridge.

In response to the design, the Brookline native suggested that the company create a new graphic that better reflects his childhood, since he had left Boston roughly 15 years before they started building the structure. Long story short, Sully’s (probably) said “hold my beer”, and over the weekend, a personalized design is exactly what Coco got.

Following the suggestion that a design showing his father “knocking a hot dog out of my hand because Jim Rice dropped a fly ball” would be a better depiction of his childhood in Boston, the company came through in the clutch, and sent him exactly that. They also made the design, created by Fenway Park caricature artist Michael Horvath, available to the public.

Sure, the inspiration for O’Brien’s suggestion is completely fabricated, as admitted by the man himself, but just like he states in the tweet below, we’ll take a lie any day if it means getting a cool t-shirt.